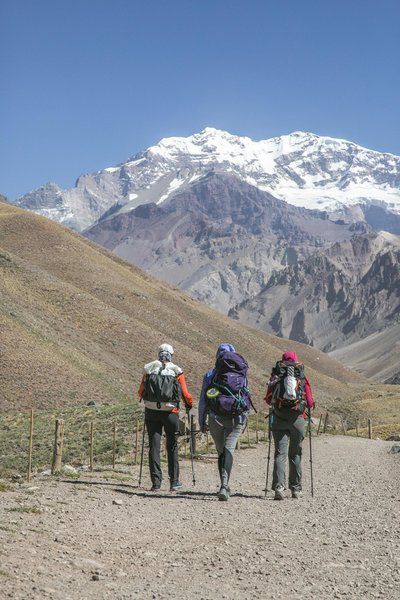 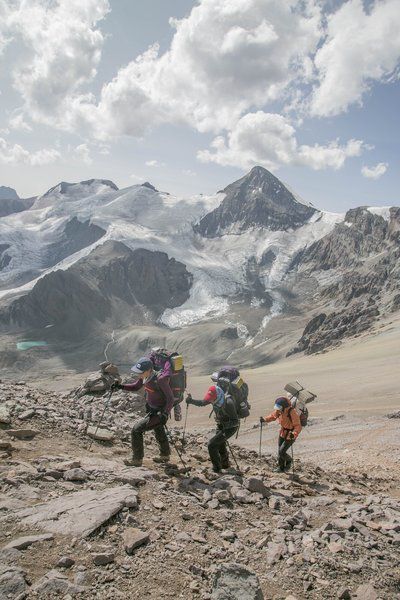 Courtesy photo/Sunny Stroeer for AWExpeiditionsAlex Madden, center, a Methuen native, became one of about 900 people annually who make it to the top of Aconcagua in Argentina. 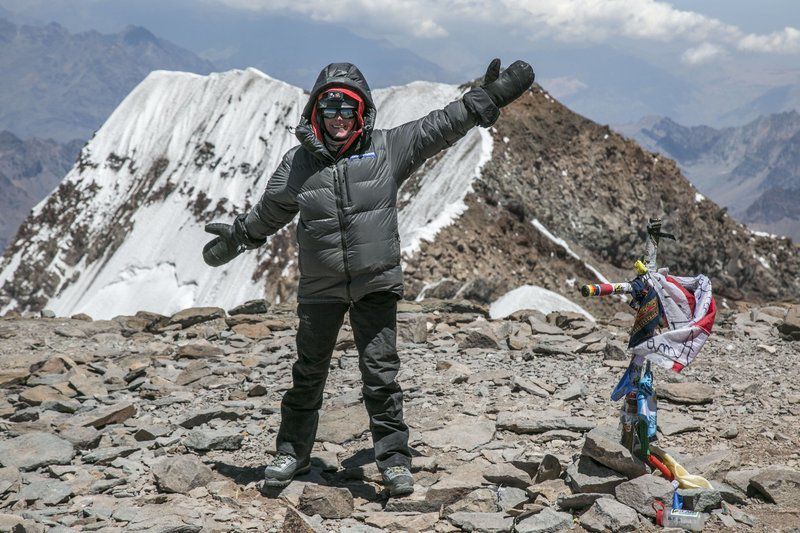 Courtesy photo/Sunny Stroeer for AWExpeiditionsAlex Madden, center, a Methuen native, became one of about 900 people annually who make it to the top of Aconcagua in Argentina.

METHUEN — A city native constantly craving adventure will remember her first high-altitude trek — one of the most renowned in the world — as “the ultimate excuse to eat junk food.”

Alex Madden, 27, explains with a laugh that spongy chocolate Hostess cupcakes and bags of salty Goldfish crackers played a substantial role in her January hike to the highest peak in South America.

At 22,840 feet, Aconcagua in Argentina is included in the ‘Seven Summits,’ a list of the tallest mountains on each of the seven continents.

Madden joined the roughly 900 people a year who successfully complete the Argentine adventure. Experts say more than 3,000 make an attempt. High winds and thin, dry air are said to cut the majority of trips short.

“You’re carrying gels and dehydrated foods, but you also need as much caloric content as you can think of,” she said. “That’s one of the hardest parts of these hikes: Staying fueled so you have the energy to keep going.”

Upon returning home, Madden continued her job as a waitress before the spread of COVID-19 shuttered the restaurant industry and much of society.

She explained amid the global pandemic, “I didn’t really have this particular mountain on my radar before signing up for the trip, but I’m glad I fit it in when I did.”

She said, “The seven summits are this big, popular goal among people in the high altitude mountaineering world.”

Now, she understands the draw, and is planning a second big trip.

The 2011 graduate of Presentation of Mary Academy “just really likes hiking,” and familiarized herself quickly with the nearby 4,000 footers in New Hampshire.

During 2018, she decided to push her limits with an international trip.

Knowing that the goal was too risky without a knowledgeable guide and plenty of planning, she found a woman who leads individuals from around the world.

Madden read up, heeding advice to start running — a lot.

But training to tackle a neck-craning mountain while in Massachusetts proved tough.

“On top of the running, there was classic strength training in the gym with the program I followed,” she said. “And right before I flew down there, I walked uphill a lot with a heavy pack. I was trying to achieve as much vertical gain as possible, wherever I could around here.”

She boarded a flight to Mendoza, Argentina to meet up with her guide and a few others, who made the trip from their homes across the globe.

The group was driven four hours outside of the town, where they stayed in a small ski village before starting their approach.

“It’s crazy, because the mountain is really high and snowy and you have to bring all these winter clothes, even though it’s the middle of summer.”

The dry summer conditions near the bottom are so intense, Madden described, that she carried a face covering to avoid inhaling too much dust and sand.

After more than a week acclimating to the altitude — shortness of breath, headache and lethargy becoming common — Madden had her last hot meal and cold beer at the base camp.

“At that point you’re 15,000 feet up,” she said, “already higher than any point in the continental United States.”

“At 2 a.m.,” Madden said. “You put on all of your layers. Choke down as much food as you can, and you start up the mountain.”

Hikers rely on glacial runoff, and later snow, for hydration.

It gets cold enough near the peak that “you only stay for a few minutes,” Madden said.

“The reason it’s so in a league of its own isn’t because of the technical difficulty of the climbing,” she said. “It's just because it’s so high up. You have to be fit enough to be up there. But all of the technical skills I learned, you can practice enough here.”

While out of work and quarantining at her home in Pepperell, Madden has worked on “trying to find ways to work on speed.”

“My guide in Argentina had set some speed records, and that’s something I’m definitely interested in.”

Madden said her motivation to keep hiking bigger translates to other areas of life.

“I think it’s important to find good opportunities that are really difficult,” she said. “But within the realm of possibility.”