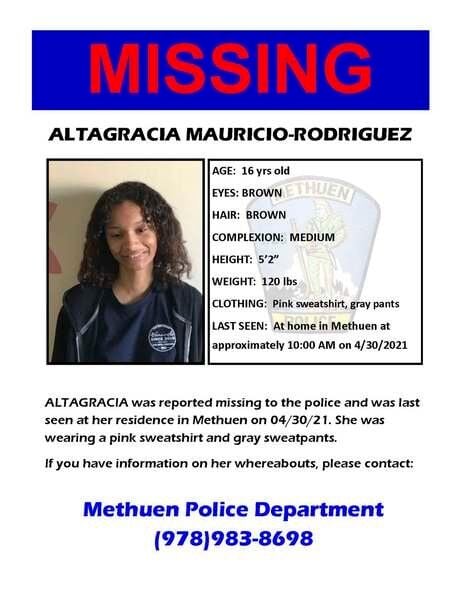 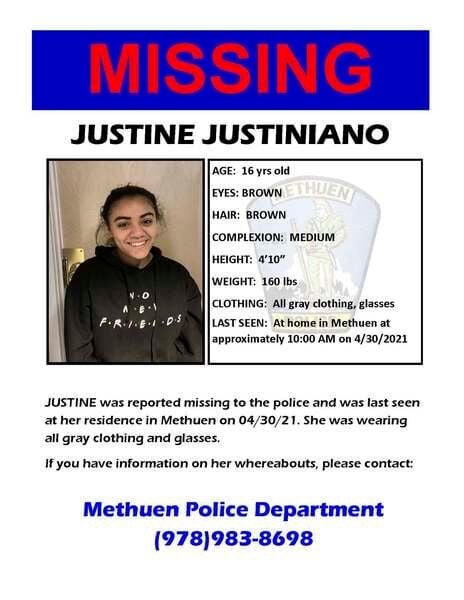 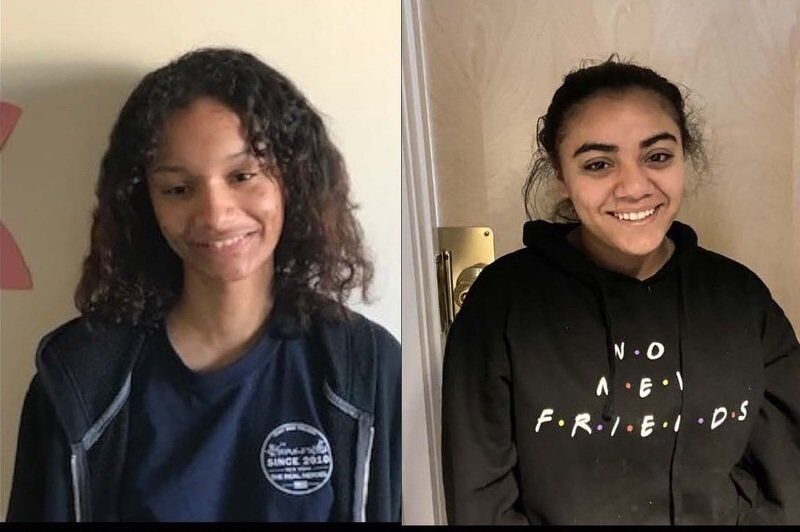 METHUEN — Two teenage girls who ran away from a group home on Lowell Street are not believed to be in any danger, police said Tuesday.

According to Detective Sgt. Tom McMenamon, Justine Justiniano and Altagracia Mauricio-Rodriguez, both 16, ran away from the Key Program, a facility at 175 Lowell St. that houses troubled teens.

Over the years, runaways from that and several other Key Program homes have become commonplace.

"Usually what happens, they stay at a friend's house, and a parent will realize the children are missing and call in," he said. "We don't suspect them to be in any danger. We expect them to turn up. We have detectives actively working on locating them."

The girls were last seen at their group home Friday morning.

Justiniano was wearing gray clothing and glasses. She is 4-feet, 10-inches tall and weighs approximately 160 pounds. She has brown hair and brown eyes.

Mauricio-Rodriguez was wearing a pink sweatshirt and gray sweatpants. She is 5-feet, 2-inches tall and weighs approximately 120 pounds, police said. She has brown hair and brown eyes.

If anyone knows their whereabouts, they can call the Methuen Police Department at 978-983-8698.