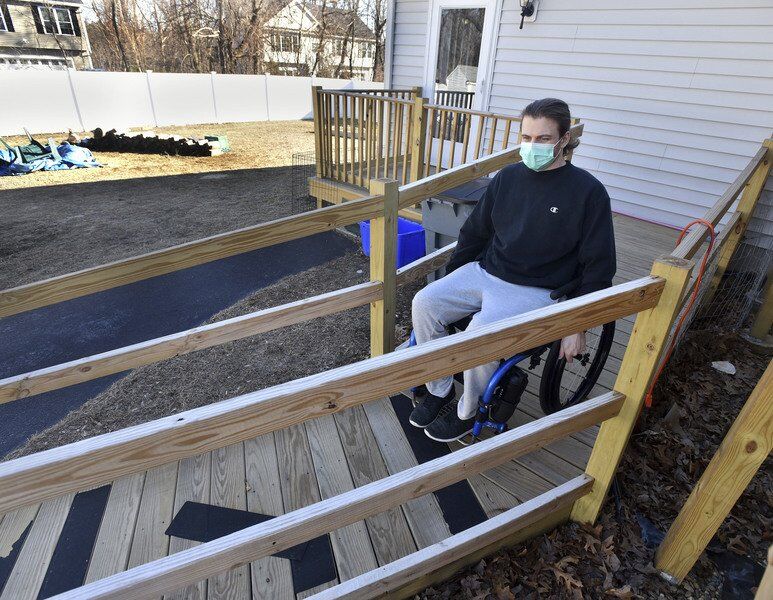 CARL RUSSO/Staff photoDanny Miller, 27, of Methuen, who is paralyzed from a motorcycle crash, makes his way down a ramp. 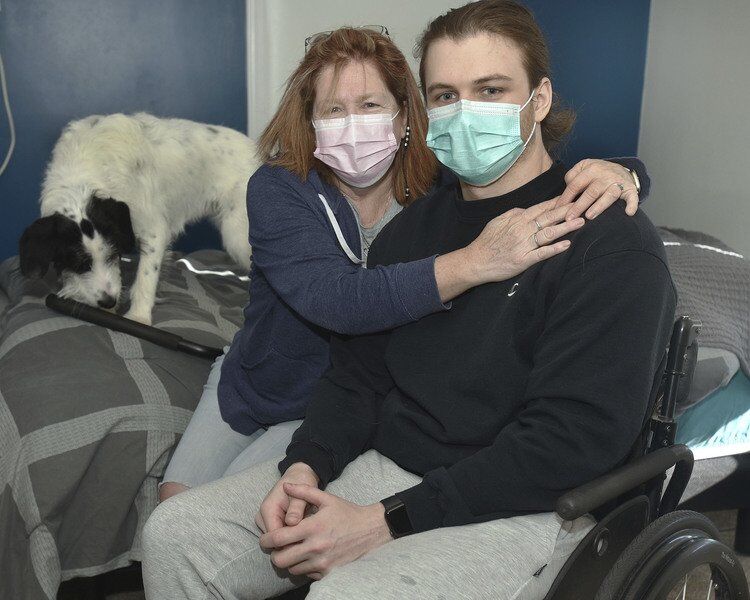 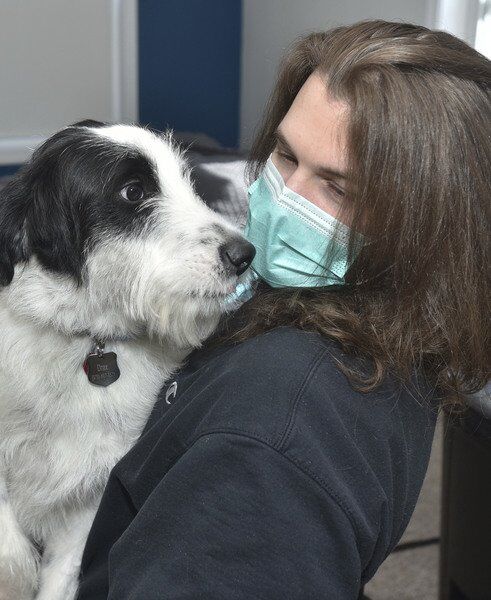 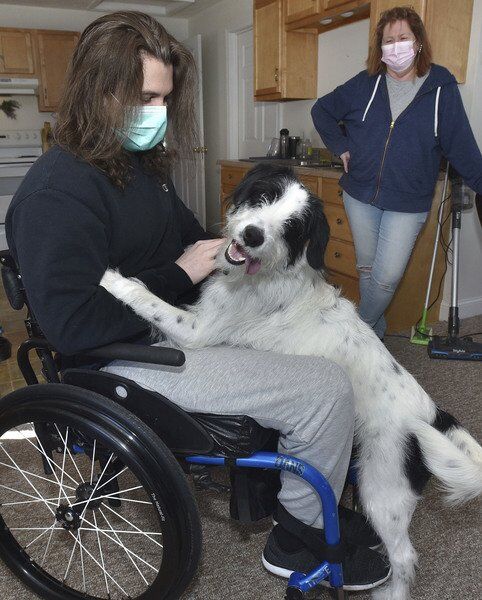 CARL RUSSO/Staff photoDanny Miller, 27, of Methuen, who is paralyzed from a motorcycle crash, makes his way down a ramp.

METHUEN — The old saying goes "like mother, like daughter," but a recent case of helping others has spun those words in reverse.

When Carolyn Cronin of West Street found out that a friend's son needed help paying for exercise equipment used by paralysis patients, she promptly set up a GoFundMe page and began beating the bushes for donations.

Just a few weeks later, the fund has nearly $14,000 that will be used to buy a $10,000 machine enabling Danny Miller — who was paralyzed in a motorcycle crash in 2017 — to ride a stationary bike powered by his own legs, with the assistance of electric pulses.

The money will also be used to buy a stand-up board, which will allow Miller to go from a sitting to a standing position, putting weight on his legs to prevent muscle atrophy and increase bone density. Currently, Miller has to travel to Cambridge twice weekly to use equipment at a physical therapy center.

Cronin denies she got the money-raising idea from her daughter Emily Cronin, who a couple months ago launched a GoFundMe campaign for a West Street neighbor whose home was severely damaged by fire just days after Christmas.

A story in The Eagle-Tribune told how the younger Cronin, 22, was struck by the devastating loss suffered by the Meas family at its 115 West St. home. She launched a toy and clothing drive for the family and raised more than $10,000 through a GoFundMe page.

Apparently philanthropy runs in the family.

"This is how we do it," Carolyn said of her and her daughter.

He said the motorcycle crash, which happened in Londonderry on Aug.  21, 2017, left him paralyzed from the chest down, meaning he can move his upper body but not his legs.

After the crash, he underwent multiple surgeries at Tufts Medical Center, followed by months of rehabilitation at Spaulding Rehabilitation Hospital.

Remarkably, shortly after getting out of Spaulding, Miller was driving again, after he purchased a device on Amazon that allows him to control his car's gas pedal and brake with his hands while he drives.

Miller, 27, likes being as independent as possible, even though the pandemic has restricted activity for everyone.

A former athlete at Methuen High School, where he graduated with the Class of 2012, Miller played baseball, football and soccer, and participated in track.

He said he has been touched by the outpouring of donations, and looks forward to using the bike and the stand-up board.

Carolyn Cronin, meanwhile, said she wants to provide more help and hopes to raise enough money to buy a stair-lift. That machine would allow Miller to get from the lower level of his family home to the upper level, where the rest of the family typically gathers.

"I found out Danny can't get upstairs unless people can carry him," Cronin said. "How much is a lift? Let's keep raising money."

Cronin said she is amazed by the generosity of Methuen residents, noting that the local EJ Paving company resurfaced the driveway and walkway at Miller's home so he could more easily get in and out on his wheelchair. The company also donated $1,000.

"Kindness really comes out in the community," she said.

To access the GoFundMe page, go to gofundme.com and type in 'Danny Miller' in the search box.