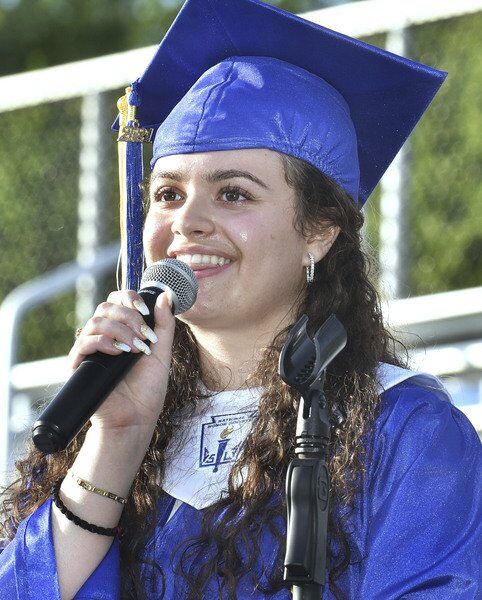 CARL RUSSO/staff photoKonstantina Bousios thanks her parents during her valedictorian address at Methuen High School on Friday. 6/4/2021 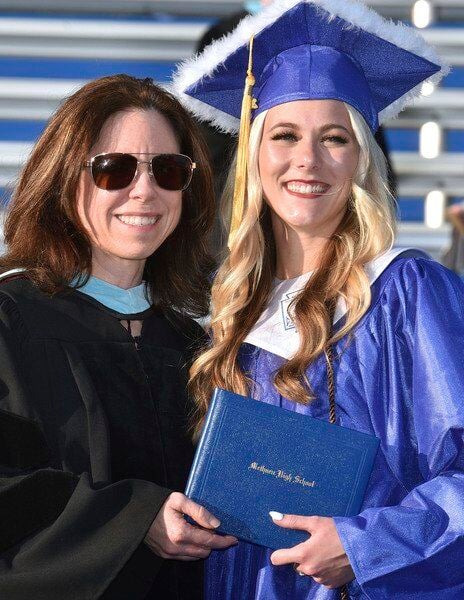 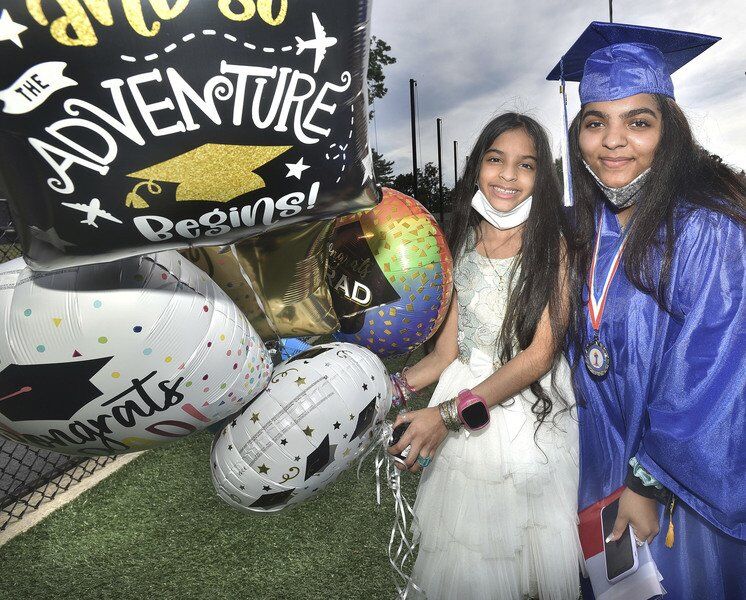 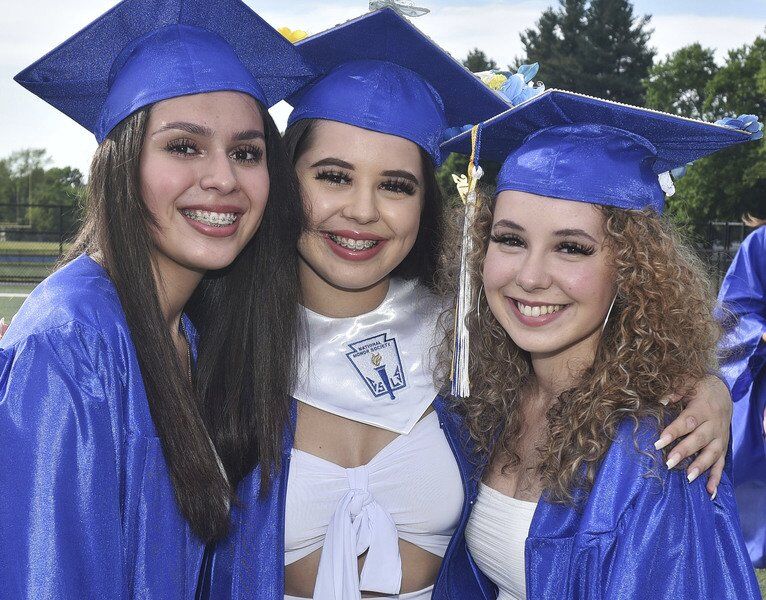 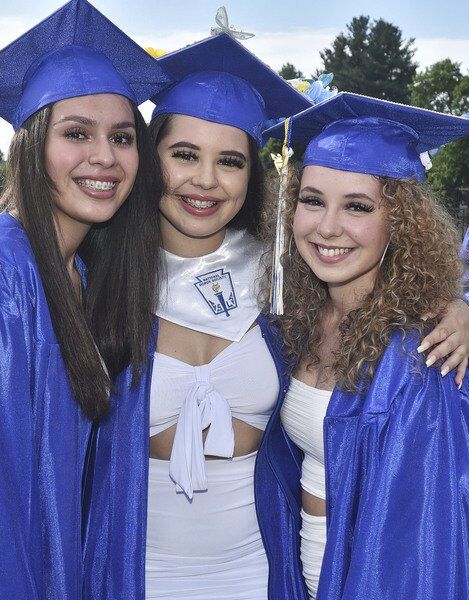 CARL RUSSO/staff photoKonstantina Bousios thanks her parents during her valedictorian address at Methuen High School on Friday. 6/4/2021

METHUEN -- A faulty sound system may have derailed some, standing on a stage in front of thousands of people hanging on your every word.

But members of the Methuen High School class of 2021 -- whose character and mettle were forged by a worldwide pandemic that turned their lives upside down -- wouldn't let something as minor as a few technical glitches in the Nicholson Stadium public address system stop them.

The problem first became evident as singer Taina Ivette Rentas fought valiantly through the national anthem as the sound came and went. Appropriately, the last word she belted out was "brave." As in, "the home of the..."

The troubles continued as Gabriela Aliano Fiato gave the honor address, which she aptly titled, "Accept the Unexpected"

"Good evening," she started, before stopping and saying, "Can you hear me?"

Several thousand sitting on the field and in the home stands opposite the stage could not. "This is embarrassing," she could be heard muttering at one point — though she kept smiling.

The resourceful master of ceremonies, Mouad Damir, brought her another microphone. Together, they seemed to work it out.

Before long, Fiato's words came pouring out, expressing how she and her classmates had learned to "accept the unexpected."

Then, speaker after speaker remarked on the courage of a class that went through an unprecedented pandemic.

School Superintendent Brandi Kwong said she was "humbled by your resiliency, strength and hopefulness for the future."

"The entire time you were adapting to remote, hybrid; sports, no sports; close contact, no close contact; six feet, three feet; masks, no masks," she said. "But you all focused on learning, being a good teammate, supporting one another, giving back to the community and being leaders for your peers."

Fiato said dealing with the pandemic was "difficult at first. But we found the positives of remote learning  -- we could have lunch when we wanted to, go to the bathroom when we wanted to and didn't need a hall pass. Signing onto Google and staring at black screens became the norm."

Class Salutatorian Lukas Ioannis Karagiorgos said he had to fall back on his faith to get through the challenges of the last 18 months, while also adding that Methuen High had given him and his classmates "solid ground" where they built bonds that "will never be broken."

"I encourage you, if you are struggling with something in the future, use the foundation Methuen High School has provided you with," he said.

Konstantina Bousios, in her valedictory address, spoke not only of their shared challenges, but other challenges facing people every day all over the world.

She spoke about how her mother immigrated to the United States from Greece and went on to become valedictorian of her Roxbury High School class while earning a full scholarship to Boston University. Her grandparents worked in the Lowell mills and her grandmother learned to speak English by watching Sesame Street.

"Embrace where you come from as you take on the rest of life's challenges," she said. "We found a way and will continue to find ways to achieve success."

Principal Richard Barden said that over the last year or two the staff at the school did all they could to insure the "health, safety and well-being of our students."

In a somber note, he also took time to remember Breanna McCarthy, a popular teacher and coach beloved by many who died suddenly in April.

"She was taken from us too early," he said. "She lit up every room with her personality, humor and positivity. She was loved by colleagues and students. We miss you and will never forget you."

The crowd gave his comments a warm and heartfelt round of applause.

The final words, from Anabelia Rose Keaney, class president, seemed appropriate for the night and the last 18 months.

"Our failures do not define who we are, but our response does," she said. "After living through a pandemic, we are well aware of challenges and failures. Because of this, we will be able to face future challenges with tenacity, optimism and grit. It has been an honor getting to know you."