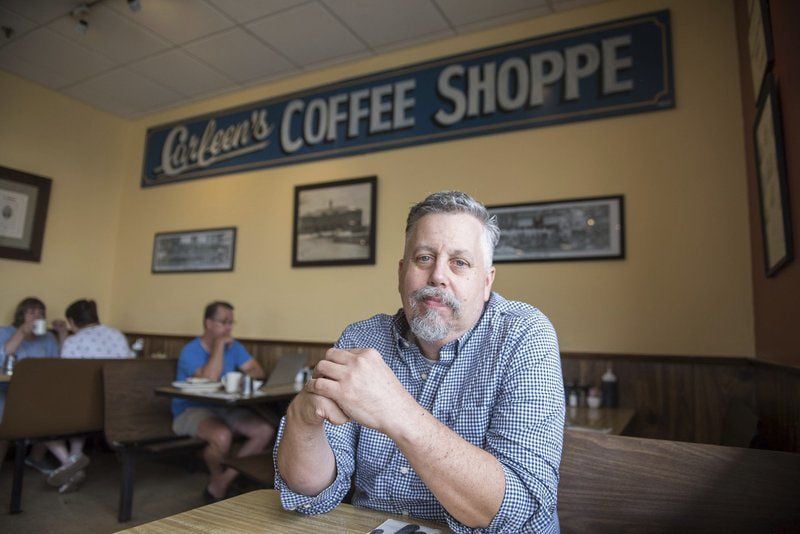 AMANDA SABGA/Staff photo. John Farrington, owner of Carleen's Coffee Shoppe in Lawrence, appears at his eatery. He's still hoping for business, which dropped dramatically after the gas disaster, to pick up. 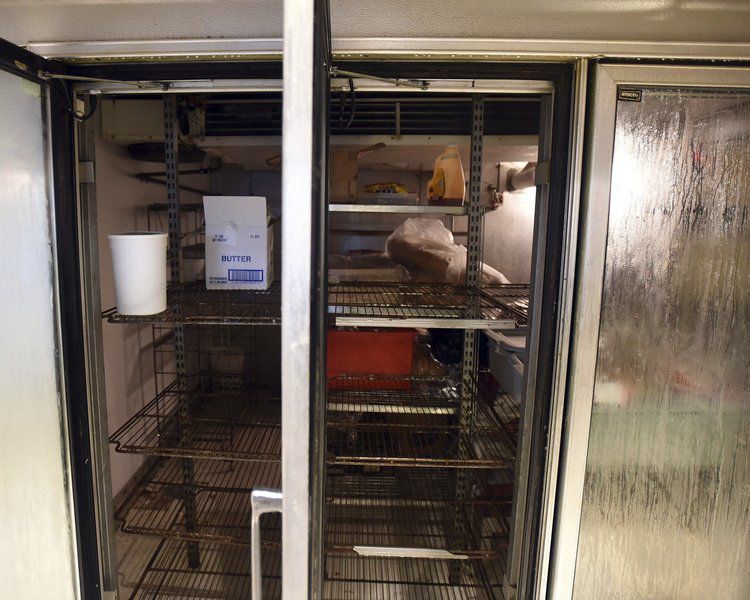 RYAN HUTTON/Staff file photo. The coolers at Carleen's Coffee Shoppe in Lawrence sit empty after the staff had to throw out thousands of dollars worth of food because of the power outage caused by the Sept. 13, 2018, gas disaster that hit Andover, North Andover and Lawrence. 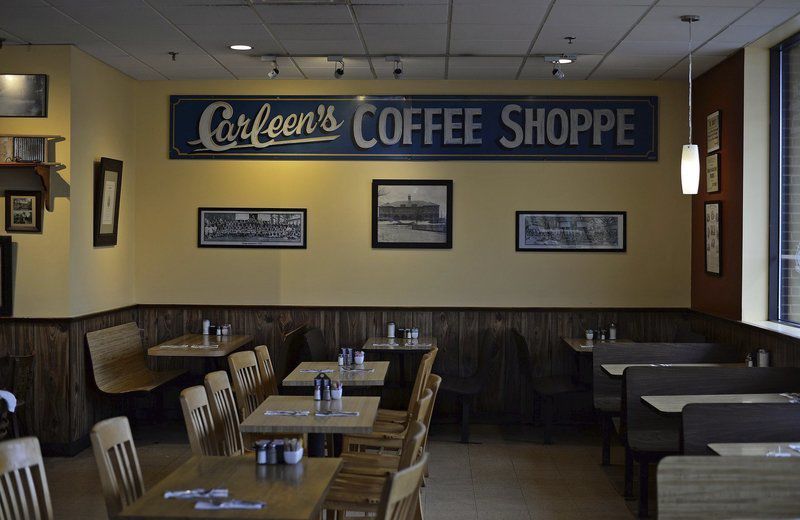 And then waited some more.

Finally, someone from Columbia Gas arrived, fixed the appliances that churn out the products that make his business go — food and drink — and he was able to get up from the stool and go back to work.

"You never knew when they were going to show up," he said during a recent interview in the restaurant he's owned for 35 years at 209 South Broadway. "I was here every day from 7 a.m. to 4 p.m., waiting for someone to show up."

It wasn't just Farrington who was affected. The Sept. 13 gas explosions that hit Lawrence, Andover and North Andover created a ripple effect for every business and homeowner whose property was within the blast zone.

In Farrington's case, the disaster not only affected him and his family — he had to get a "Christmas loan" to pay the mortgage — but also the families of his waitstaff, dishwashers and cooks.

For some time, Columbia Gas paid them. But then their wages were cut off just before Christmas when the company told them that not only would they no longer be paid, but that they had been overpaid. Columbia Gas wanted money back.

The distributor who delivered $12,000 worth of food every month also was hit hard.

And a lot regular patrons were affected, too.

"I had a lot of upset customers," he said, noting that since the blasts, his patron base has dwindled to a fraction of what it once was.

Butch Hart, 81, owner of CBK Electric, has eaten at Carleen's three to four times a week for the past 25 years or more.

When the place shut down after the disaster, "I starved," he joked.

Hart said he drove around for a while, looking for other places to eat, but had to go far afield to find a replacement for Carleen's.

Now that it's back, he's back.

But he's one of the few.

'They thought we were closed for good'

While Farrington wasn't busy cooking because he had no gas, he spent some of his time calculating just how much money he was losing so he could put in claims to Columbia Gas.

He was also reimbursed for lost business during the four months he was closed. He got his heat back in December and then reopened in mid-January.

Things, he thought, were going to start looking up.

When they opened, he said, "we got a little surge."

But that post-opening bump didn't last long. It turns out many of his regulars had new breakfast routines.

"My clients have gone elsewhere," he said.

"You would have thought this was a ghost town," after the restaurant reopened in mid-January, he said.

It only went from bad to worse when the warmer weather came around and the paving started.

For months streets were closed and detours made it impossible to get around South Lawrence. People migrated to other parts of the city. That trend, Farrington said, continues.

"I had a giant client base," Farrington said. "We still have people coming in saying they thought we were closed for good. It's frustrating. I'm just trying to get my clientele back."

Farrington said he's been fighting with Columbia Gas and the insurance adjusters to recoup more of the money he lost, but has been met with brick walls.

"I talked to a guy (from Columbia Gas) in Louisiana and he said he was going to take the new equipment back if I kept asking questions," Farrington said.

More recently, he got a call from an insurance adjuster saying the company was going to make him a "final offer" of $20,000.

"I said, 'No, it's not final,'" Farrington said. "I asked if they had talked to my accountant. They hadn't. They just want me to close my claim. But the city told me, 'Don't close anything.'"

He said the biggest problem is that he's dealing with insurance adjusters, not the actual company.

"It's always fuzzy," he said. "It's always seven layers deep. That's what insurance companies do. It just drives you crazy."

During a July meeting with business owners in a hair salon just down the street from Carleen's, Mayor Daniel Rivera told those attending that they shouldn't close their claims with Columbia Gas, because if they do, they won't be eligible for any more money.

It's not just business owners who should heed that advice, however.

Turns out some of Carleen's employees had the same problem.

"I provided that information to them, reached out to an adjuster and after a couple of months I had no problems," he said. "But then I was transferred to a different adjuster who told me they had overpaid me. Just before Christmas, they stopped paying me."

For about three weeks, or until the restaurant reopened, Bergeron didn't have an income.

Making matters worse is that his take-home pay has been reduced to $400 to $500 a week, a drop he attributes to the slowdown in business.

Bergeron wasn't the only employee who's been put out, Farrington said, noting that he has eight people on the waitstaff, including a couple of single mothers.

"They were told they weren't getting paid after Christmas and that Columbia Gas was coming for their back pay, too," Farrington said. "They were off the rails."

Ultimately, they didn't lose their back pay, but they did lose that three-week gap before the restaurant reopened.

Bergeron and other employees said it was nerve-wracking because they didn't know when the reopening date was going to come.

"It was always, 'We'll be done in two weeks,'" Bergeron recalled. "That went on for months."

Now, he said, he just wants straight talk and answers.

"All I want is for them to sit down and talk to me but all I get is the runaround," he said. "They keep going in circles."