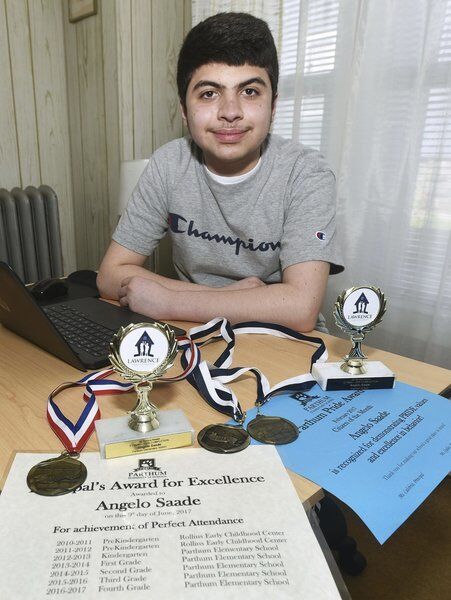 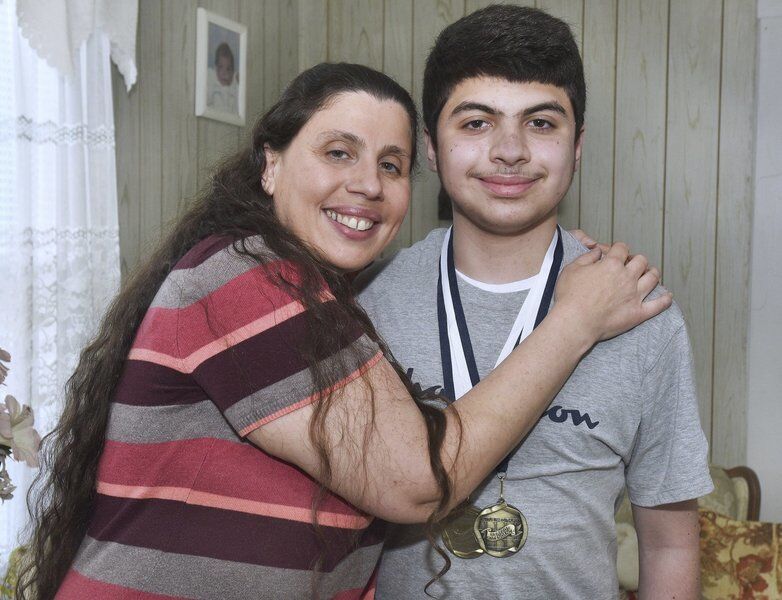 CARL RUSSO/staff photoAngelo Saade poses with his mother, Maria Saade, wearing past medals he earned for achieving perfect attendance at the Parthum Elementary and Middle School in Lawrence. 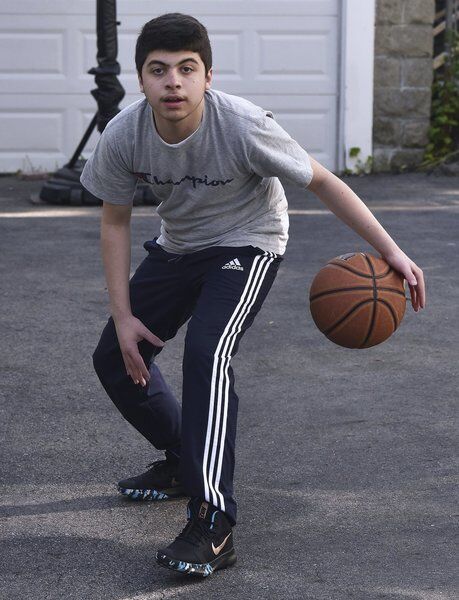 CARL RUSSO/staff photoPlaying basketball is how Angelo Saade likes to spend his spare time after school. 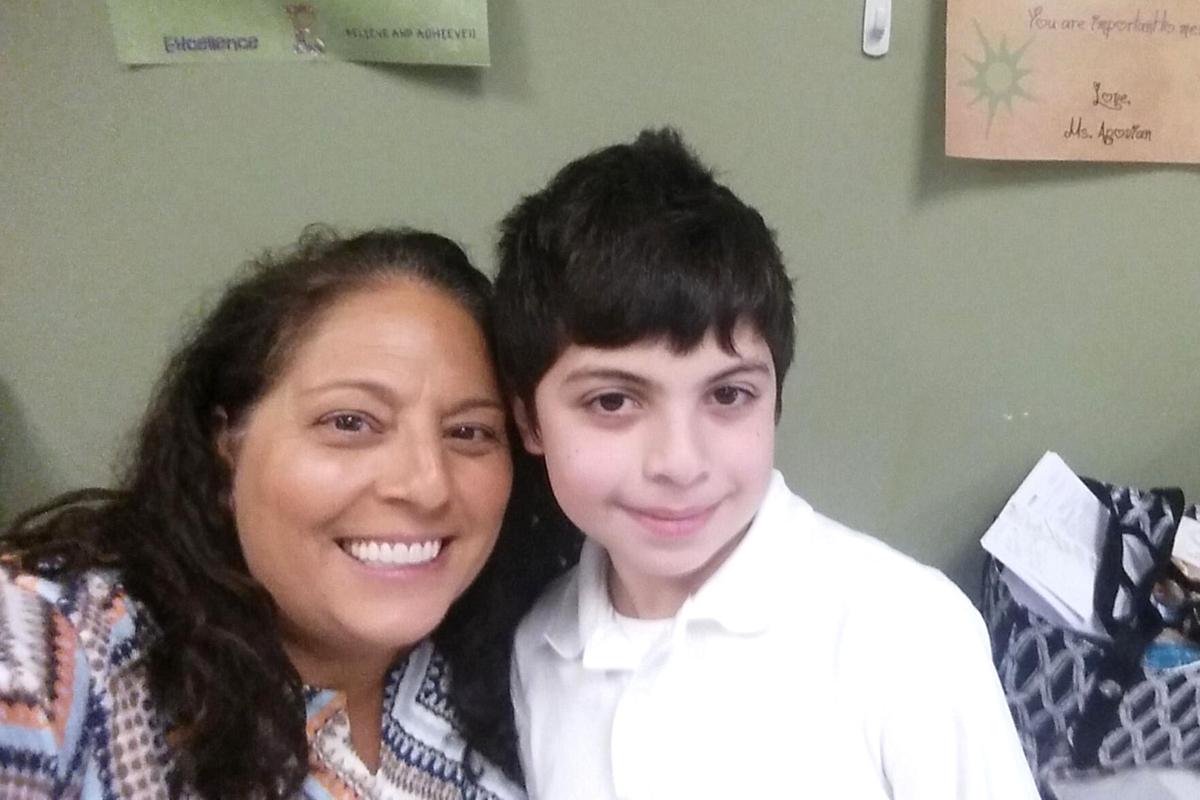 Angelo Saade poses in the third grade with his favorite teacher Lisa Apovian. 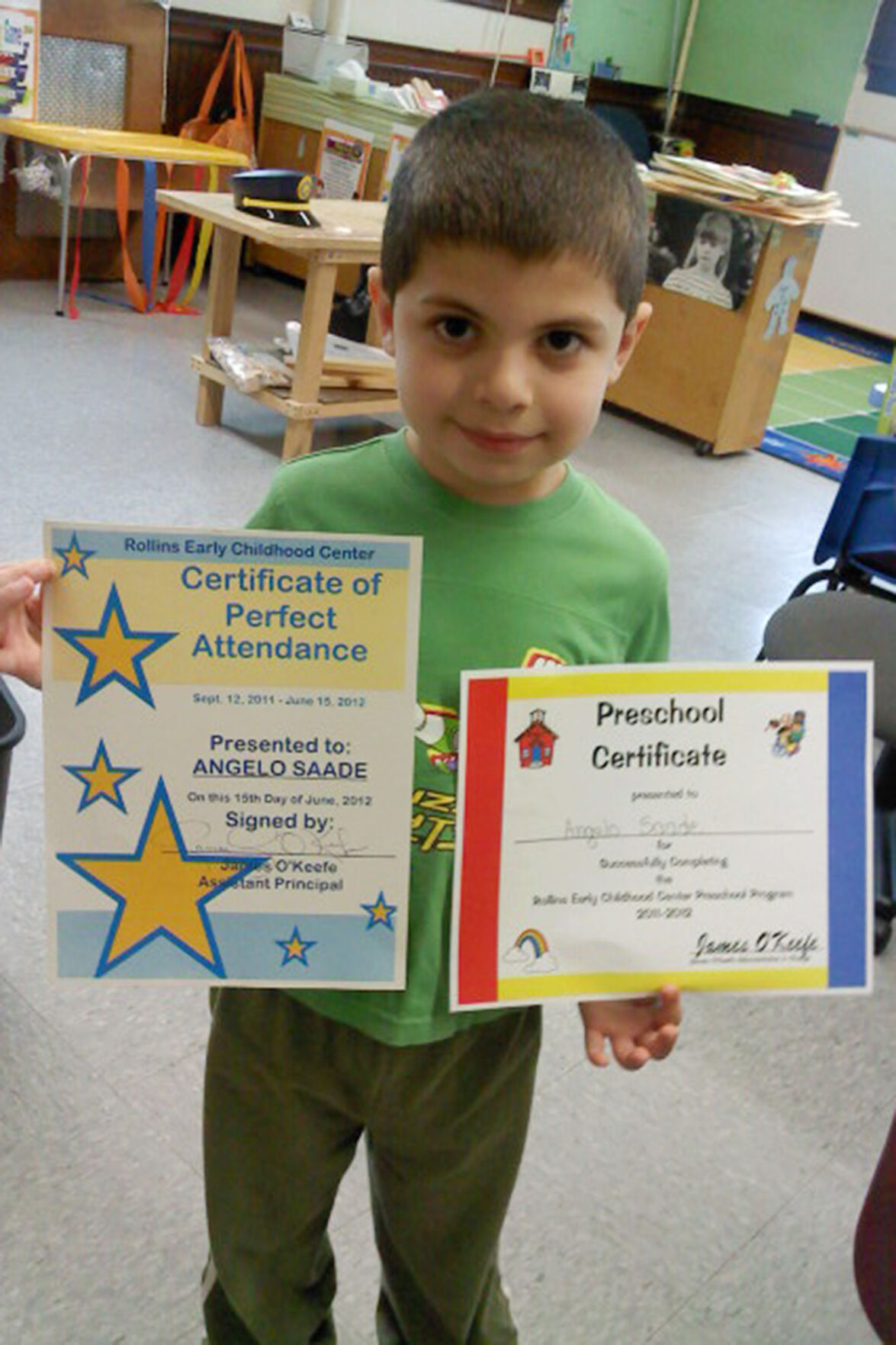 CARL RUSSO/staff photoAngelo Saade poses with his mother, Maria Saade, wearing past medals he earned for achieving perfect attendance at the Parthum Elementary and Middle School in Lawrence.

CARL RUSSO/staff photoPlaying basketball is how Angelo Saade likes to spend his spare time after school.

Angelo Saade poses in the third grade with his favorite teacher Lisa Apovian.

LAWRENCE — In many ways, Angelo Saade is a typical 14-year-old from South Lawrence. He loves playing basketball and video games and hanging out with family and friends.

One thing that sets the Parthum Middle School student apart from his peers? He’s attended school every single day, without fail, from preschool through eighth grade.

On Friday, Angelo marks his final day of classes at the Parthum remotely due to the pandemic. A virtual graduation ceremony is planned the following Monday.

It's a bittersweet time for Angelo, who spent one recent afternoon reminiscing about all those days spent in class on East Haverhill Street.

“I don’t really get sick, and if I do, it’s on a Saturday or Sunday,” explained Angelo, who was nursing a broken nose at the time.

True to his word, he suffered the basketball-related injury on a Sunday. And yes, he was back to class the very next day after a quick trip to the hospital.

Angelo earned his first perfect attendance certificate from the Rollins Early Childhood Center, where he went to preschool in 2012.

Maria Saade remembers her son becoming more disciplined about attending school in the second grade when the family’s third child, Nina, now 5, was born. They also have a 17-year-old daughter, Francesca.

In third grade, Angelo’s teacher was Lisa Apovian of Haverhill, a person with whom the family continues to share a special bond. That year was when Angelo really flourished and became dedicated to his perfect attendance record.

“I started noticing in third grade that he really liked and wanted to go to school. He’d say, ‘I can’t be sick today. I have to go to school, I can’t miss.’ He became very aware,” Maria said. “He even went to school after getting 40 stitches when he hit his head on the end table here at the house playing with his friends, because he didn’t want to miss Dr. Seuss Day at school.”

Apovian calls Angelo an “amazing student” who is “brilliant” in math, his favorite subject.

“As a teacher, you can’t take away that bond you have with students. Angelo and I clicked, so the desire for him to be in school because we clicked is huge,” Apovian said, reflecting fondly on the time when the boy would bring family photos to class and proudly set them up on his desk.

He even brought his younger sister, Nina, for classroom show-and-tell once, Apovian said. They also threw Nina a first birthday party.

Nina is now a kindergartner at the Parthum Elementary School, Apovian said.

“For kids, the most important relationship in school is with their teacher,” Apovian noted. “Angelo’s family is amazing and to be able to keep in touch with them over the years and throughout the pandemic has been great.”

Angelo recalls being called a bit of a “troublemaker” in elementary school and taking his fair share of trips to the principal’s office. But Parthum Middle School Principal Peter Lefebre said Angelo is a pleasure to have around.

“He’s a super kid who likes to succeed,” Lefebre said, noting that Angelo is the only student at the Parthum with perfect attendance. “He’s a joy to have here at school because he’s always smiling. He was here every day and didn’t complain once.”

Admittedly when he hit middle school, Angelo said it was more difficult to get out of bed in the mornings — but he still had his eye on the perfect attendance prize.

“(Remote learning) wasn’t as fun because you miss out on the things you’d get while at school, especially my favorite special, which is gym,” Angelo said. “You can’t really do gym at your house. They had us do exercises at our house and move the camera. Every teacher would take attendance when we’d switch classes.”

Matt Walsh, the school’s dean of support services, calls Angelo a role model for the 500 other students at the Parthum.

“His achievement illustrates that (perfect attendance is) possible,” Walsh said. “The Saade’s are a great family and the idea of hard work and dedication has been modeled by both of his parents, Tony and Maria. Angelo has grown into a confident, kind and well-rounded young man.”

Angelo plans to continue his perfect attendance streak next fall as a student at Greater Lawrence Technical High School, he said.