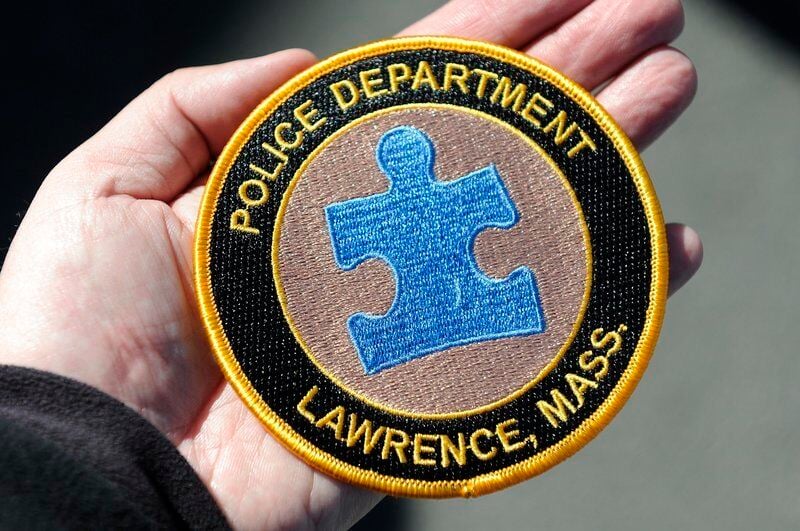 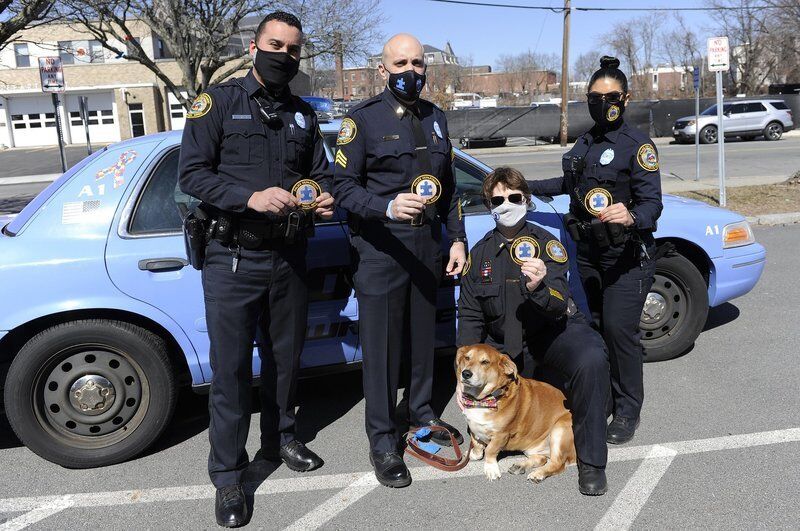 LAWRENCE — Local police normally mark the month of April, Autism Awareness Month, by "lighting it up blue" and hosting hundreds of visitors at the Lowell Street station.

But this year, due to the COVID-19 pandemic and social distancing restrictions, police are partnering with the Doug Flutie Jr. Foundation for Autism.

Lawrence police are selling their signature LPD autism patches for $10 each. All proceeds will be donated to the Flutie Foundation, which aims to help all "people and families affected by autism live life to the fullest."

Police Chief Roy Vasque said numerous Lawrence officers have children and other family members who are autistic. The department also works to engage with autistic and intellectually disabled members of the community.

"This touches home with us and we want to do our part,'' Vasque said. "The patches will help raise money for this cause.''

Police Lt. Sandy Picard said she has ordered 250 of the patches and that she can be contacted directly by anyone who wants to make a purchase.

The vision of the Flutie Foundation is a world where all "people with autism lead productive lives where they are included, respected, and actively engaged in their communities," according to the organization's website.

Doug Flutie, a Massachusetts native, was a star quarterback with Boston College in the 1980s and later played professionally with the New England Patriots and other teams. He and wife Laurie started the foundation for autism after their son Doug Jr. was diagnosed with a very rare autism spectrum childhood disorder when he was 3 years old. At that time, few services were available for autistic children and their families.

Autism spectrum disorder refers to a range of conditions characterized by challenges with social skills, repetitive behaviors, speech and non-verbal communication, as well as by unique strengths and differences. Research has revealed there is not just a single form of autism, but many types caused by combinations of genetic and environmental influences, according to the Autism Speaks website.

The term "spectrum" reflects the wide variation in challenges and strengths possessed by each person with autism, according to the organization.

Picard said the Lawrence force is one of several police departments partnering with the Flutie Foundation during April.

Vasque noted COVID-19 prevents the department from having an annual awareness day event at the police station.

In 2019, about 300 people attended an autism awareness event organized by the department. They included students from Lawrence public schools and Melmark New England school in Andover. Lawrence firefighters and employees of the city's Public Works Department supplied trucks and machines for the event.

Blue is the globally recognized color for Autism Awareness Month. The Police Department has a light blue, specially marked cruiser it uses for community engagement events.

"It's another way of us saying we are there for them ... and to help people understand a little more about autism," Vasque said.

More information on the Doug Flutie Jr. Foundation for Autism is available at flutiefoundation.org.