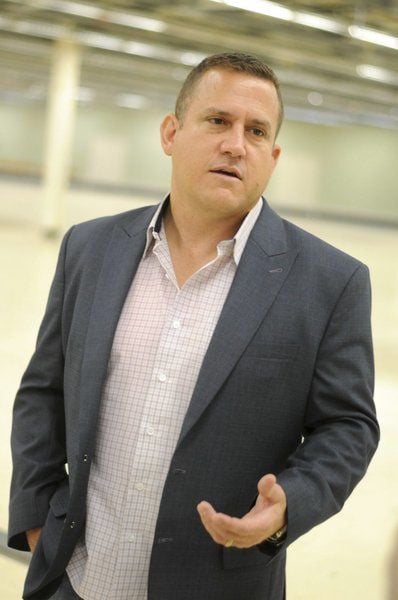 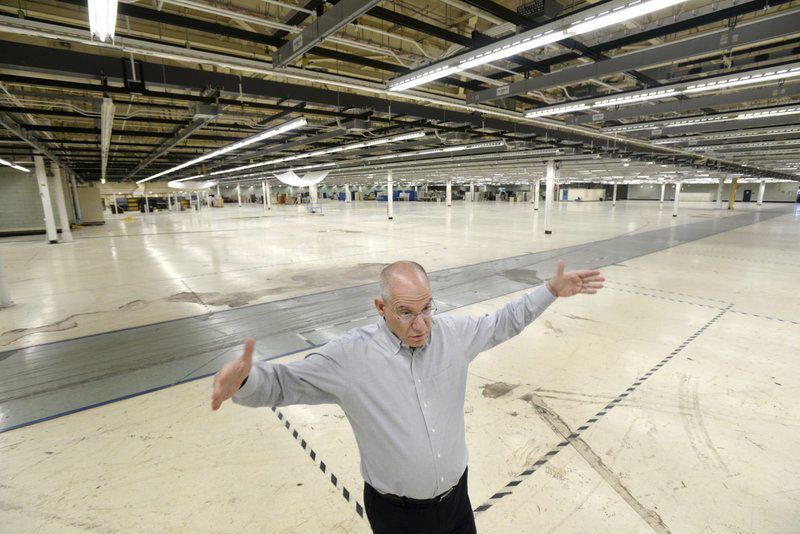 PAUL BILODEAU/Staff photo. Jeff Goldstein, owner of 1600 Osgood St. in North Andover, discusses his plans for a 1.1 million square foot marijuana cultivation facility. Part of the production would take place in the sprawling space behind him. 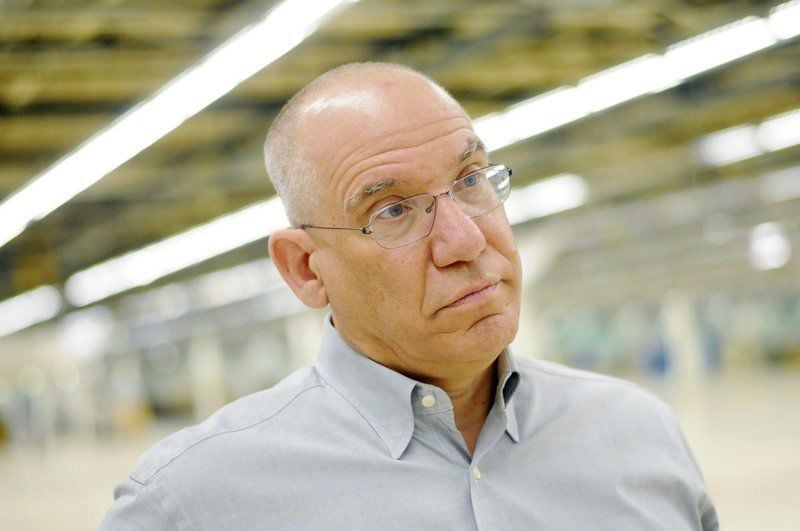 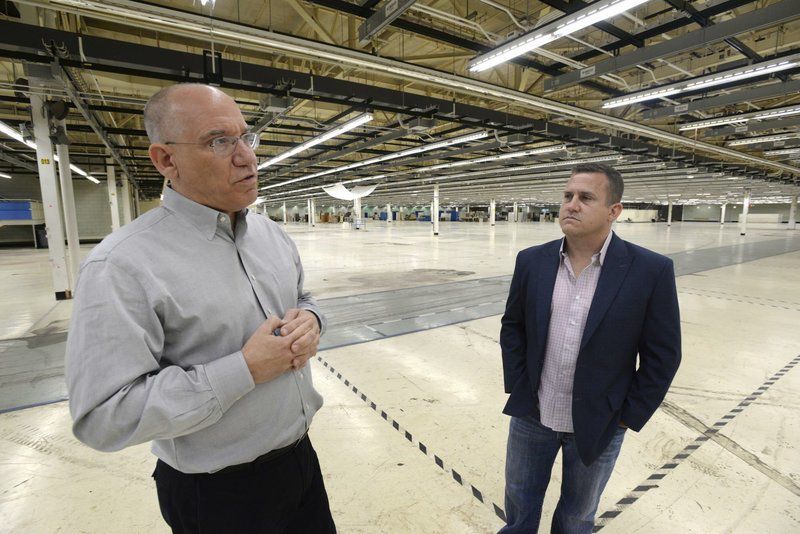 PAUL BILODEAU/Staff photo. Jeff Goldstein, owner of 1600 Osgood St. in North Andover, discusses his plans for a 1.1 million square foot marijuana cultivation facility. Part of the production would take place in the sprawling space behind him.

NORTH ANDOVER -- Stretched out over acres on Route 125 near the Haverhill border sits an empty manufacturing plant that once was the main economic driver for North Andover, and indeed, the region.

The principal owner of that site -- Jeff Goldstein, and his team of lawyers and marketing agents -- has proposed a large marijuana cultivation facility there with the promise that it will bring jobs back to North Andover, and boost the town's economic vitality.

"It's like back to the future," Tom Lee of Boston-based 451 Marketing said in a conference room next to the manufacturing space at 1600 Osgood St., Thursday.

Lee is a North Andover resident, and has been representing Goldstein in the process of getting town approval for the site.

Their plans are ambitious, and sweeping.

"We want this to be a state of the art facility," said Goldstein.

They are asking for 1.1 million square feet of property to be zoned for marijuana cultivation, with the intention of distributing to dispensaries off-site as well as cultivating for research and development purposes.

The property at 1600 Osgood sits on a Smart Growth Overlay District, part of a state incentive to zone areas for compact residential and mixed-use development. The overlay district has been in place since 2007, but plans never took off, and development never came to the former Lucent Technologies plant the way the town, and owners, anticipated.

"Some people are upset with us. They say, why should we let you do this if that didn't succeed?" said Goldstein. "But that's exactly why. We're showing up to work every day" trying to find something to fill the space.

Goldstein cites his medical experience as an oncologist as the main motivator to open a facility on the property he owns with his wife, Orit.

Medical marijuana has been legal and established there for more than a decade, and Goldstein said the difference in quality of life for cancer patients using medical marijuana was significant.

The project is billed as a medical marijuana cultivation and research center.

So far, it has letters of intent from three companies.

Philips Lighting said it would be interested in making Osgood Landing the United States headquarters of horticultural lighting distribution; LunmiraDx, a London company, said it would use the facility to develop a hand-held rapid test of cannabis effects that could potentially be used by law enforcement; and Gakon Horticultural Projects, a Dutch greenhouse builder said it would use the site as a demonstration center for its products.

The proposal faces a massive hurdle at Town Meeting on May 16, where the outcome of three warrant articles will determine the future of the facility.

Articles 9, 10, and 11 in the annual Town Meeting warrant all refer to the proposed 1.1 million square foot marijuana cultivation facility.

The warrant articles refer explicitly to medical marijuana, and town boards have been wary of the proposal's ability to move into growing for recreational purposes.

"I feel like we're being asked to give approval for something we don't understand what the impacts are," said Planning Board member Peter Boynton at an April 25 meeting.

The Planning Board voted at that meeting to recommend the town reject Articles 9 and 11 at Town Meeting, the two articles that deal with changes to the zoning bylaws in town to include 1600 Osgood St. in the medical marijuana overlay district.

"For something this large, we have done very little due diligence related to this," said Planning Board Chairman John Simons at the same meeting. "Any time in the past when the Planning Board has taken on significant issues like this ... we spent at least a year going over the planning process, we've formed a group and solicited a lot of views, done a lot of research and due diligence at the state and local level. This came at the end of the Town Meeting process, it's shorter than we normally get for most zoning articles, and yet it's far and away the most significant one."

Several Planning Board members said they had concerns about losing control of the site if the town approves the articles and a registered marijuana facility is licensed at 1600 Osgood St.

The Board of Selectmen deferred action on Articles 9 and 11 at a meeting earlier in April, and voted in support of Article 10, which would authorize the town to negotiate a host community agreement with the facility.

Despite the lack of support from the Planning Board, Goldstein remains optimistic about his plans for the site.

"The burden is still on us to show we're not impacting soil, water, air, trash, and that we're maintaining a good quality environment for the town and community," said Goldstein, referring to the special permitting process he would have to go through with the Planning Board to open a facility, in addition to the state licensing process for a medical marijuana facility.

Goldstein has committed not to open a retail operation for either medical or recreational marijuana, and said he hopes to put Osgood Landing on the map as a premiere research facility.

"Our focus is on trying to be the highest quality, the best quality, to use many of the proceeds to have an incubator and an international research and development center," he said.