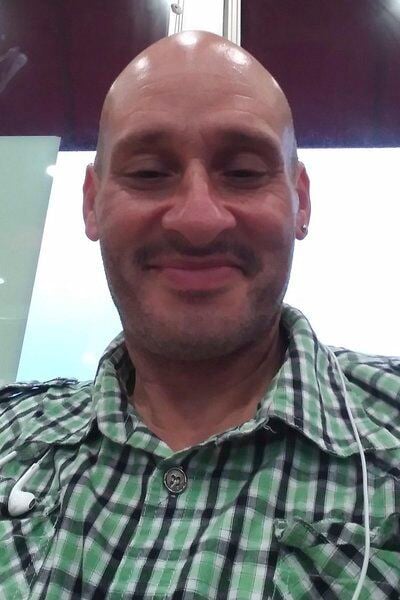 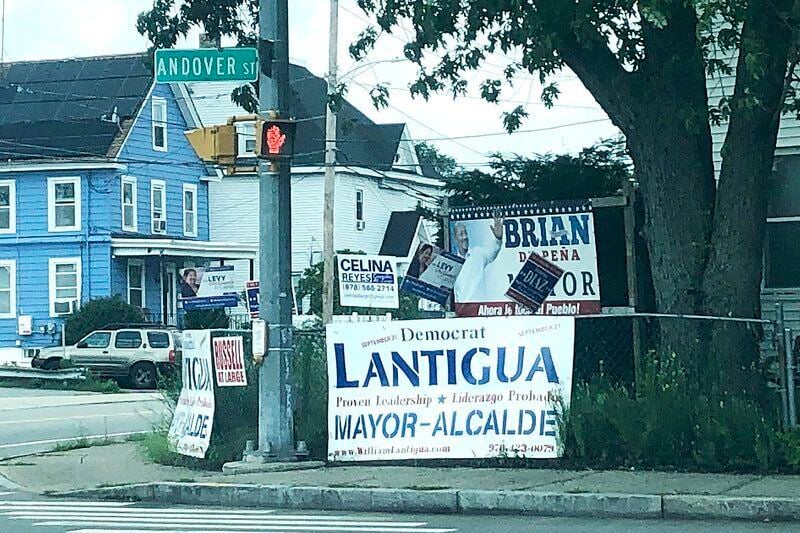 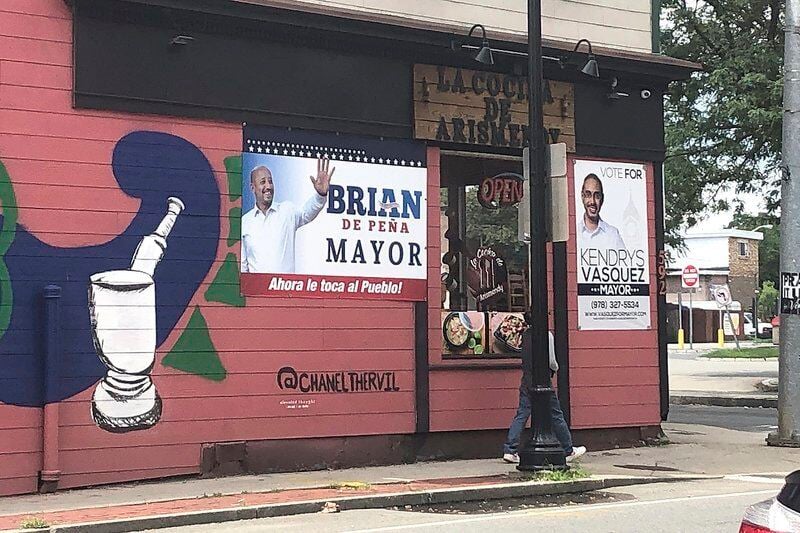 Election signs on Broadway in Lawrence. 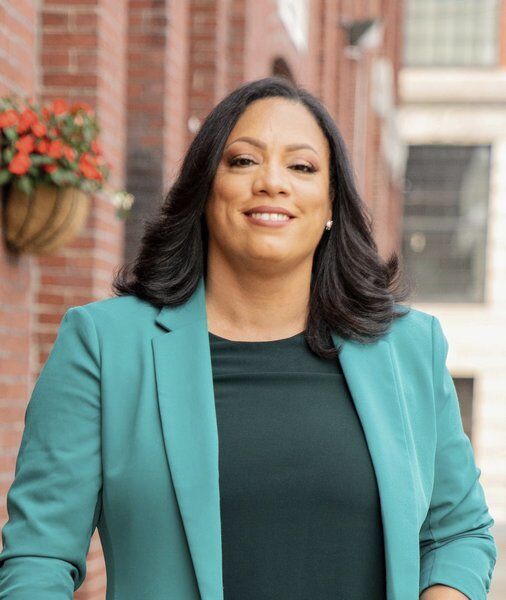 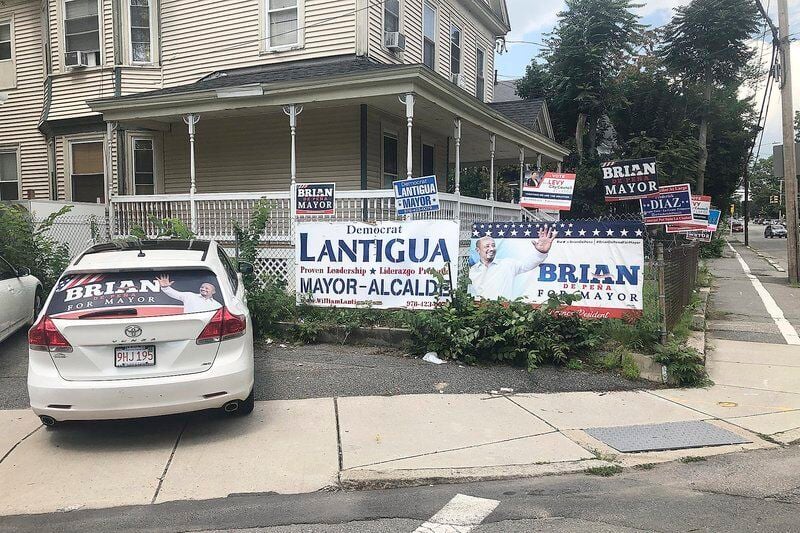 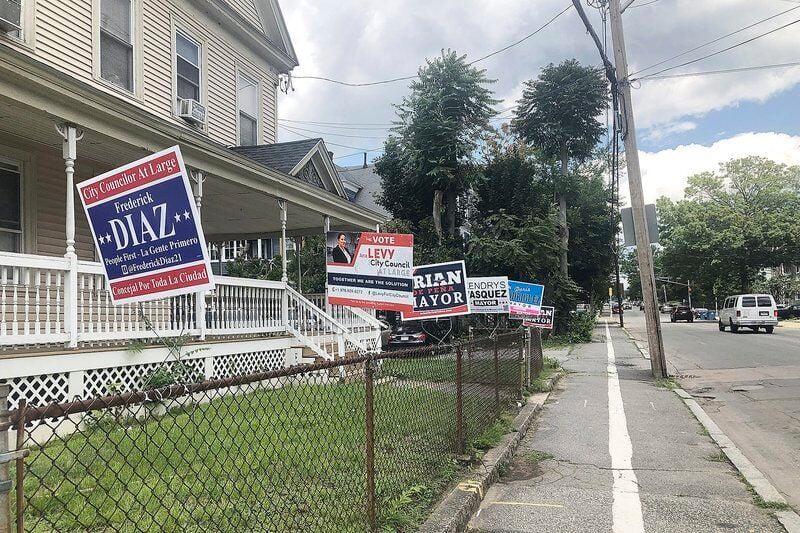 Election signs on Broadway in Lawrence.

Describing her as a “bold leader” and a woman who can lead by example, Vilma Martinez-Dominguez was endorsed by the Massachusetts Women’s Political Caucus.

“MWPC is proud to endorse Vilma Martinez-Dominguez for Lawrence mayor,” said Samantha Kelly, chair of the board of directors.

Martinez-Dominguez said she was “honored” to receive the group’s support, adding that it’s “an organization that has helped so many women aspiring for public office thrive.”

“Representation matters, there has yet to be a Latina mayor in Massachusetts. I am committed to serving the people of Lawrence and to show young girls that they can be leaders in their community,” she said.

As a 501(c)(3), they operate as the MWPC Education Fund. They perform and carry out the educational and charitable function of the MWPC, which is to increase the number of women elected to public office and appointed to public policy positions.

It’s so on now

Friday was the last day to pull nomination papers for mayor. As I have previously reported, there are six candidates for mayor heading into the Sept. 21 preliminary city election: Mayor Kendrys Vasquez, Brian DePena, William Lantigua, Vilma Martinez-Dominguez, Doris Rodriguez and Raul Diaz.

Diaz has not turned in his nomination papers, with the necessary 250 signatures, to the city’s election division. He has until 5 p.m. Tuesday to do so.

This column will continue to feature details on the latest news, events, fundraising, endorsements, views and more about the Lawrence mayoral candidates. Every mayoral candidate is contacted and asked to submit their news for the column.

You can send your news, tips and pictures about the Lawrence mayor’s race to staff reporter Jill Harmacinski at jharmacinski@eagletribune.com.

A bit of trivia

This week’s mayoral trivia question: Who was the first female to run for mayor of Lawrence?

D. None of the above

You can find the answer at the end of this column, courtesy of Rich Padova, professor at Northern Essex Community College with a specialty in local history.

Doris Rodriguez, a 1995 Lawrence High School graduate, was recognized in the spring 2021 Lancer Alumni News as a previous keynote speaker on Alumni Night. The annual banquet could not be held this spring due to the COVID-19 pandemic. Rodriguez, an attorney, was among a group of past keynote speakers recognized in the newsletter, including retired Lawrence police Capt. James Fitzpatrick, Class of 1984; Jessica Valentin, Lawrence library director, Class of 2003; and former Mayor Daniel Rivera, Class of 1989.

As the candidates work the crowds and knock on doors, their positions on issues are becoming clearer to voters.

This week, I asked them for comment on a more personal issue — who inspires them and why.

Raul Diaz said his main source of inspiration is God.

“My father and creator,” he said, noting his name, Raul, in Hebrew means “friend of God.”

“Without him, I’m nothing. With him, everything and anything is possible,” he said.

Mayor Kendrys Vasquez said “one of the greatest joys and privileges of my life is being a father.”

“Before I go to work at City Hall every morning, I never leave the house without making sure I am present and enjoy the start of my day with my children, Amaiah and Amir, and my wife, Denise. When I decided to run for mayor, I considered them and their future in a city that I have fought for in the past nine years as city councilor. My son Amir inspires me every day to keep going. Though he is just a toddler, he, too, is running for mayor. When I go door knocking with him and when we talk to voters, he doesn’t just ask them to vote for his dad, Kendrys Vasquez, he asks them to vote for Amir, too. This is so important to me in my current role as mayor and the general impact positive leadership instills in our youth,” Vasquez said.

Vilma Martinez-Dominguez said she’s had “countless” sources of inspiration personally and professionally throughout her life.

Her childhood and young adulthood was marked by transiency, constant change, and financial instability. But her grandmother has always been “a consistent person in my life and one of my strongest advocates,” she said.

“As the matriarch of our family, she was the first to venture to the United States on her own in 1962, looking for new opportunities for all of us. Her courage, at a time when women enjoyed few rights that promoted their upward mobility, made her a pioneer and a tireless fighter for our family. She has been our biggest supporter and cheerleader throughout our lives.”

“I don’t remember Grandma ever giving up on her goals or compromising her values and beliefs. She turned challenges into opportunities and helped our entire family and anyone else in need. Grandma has always pushed us to follow our dreams and encouraged us to get an education to have better opportunities in life and achieve our fullest potential. As a woman running for public office, a sector historically occupied by men, my grandmother’s example, fiery spirit, and her compassion, love and ability to advocate for people in need has served as a never-ending source of inspiration and motivation for me, now and throughout my life,” Martinez-Dominguez said.

Sept. 1: Last day to register to vote in city in the preliminary election.

And the trivia answer is ...

Answer: None of the above.

In 1921, Evelyn Smith of 7 Jackson Court became the first female to run for mayor of Lawrence. She was born in Saratoga Springs, New York, and moved to Boston with her family at a young age. She was a parish secretary, worked in the Washington Mills on Canal Street, was a local union organizer and secretary, and also worked in social services. Her platform included the establishment of stores and industries by the government, and democratically organized by the workers. Evelyn lost in the mayoral primary and Daniel Mahoney was the ultimate winner.