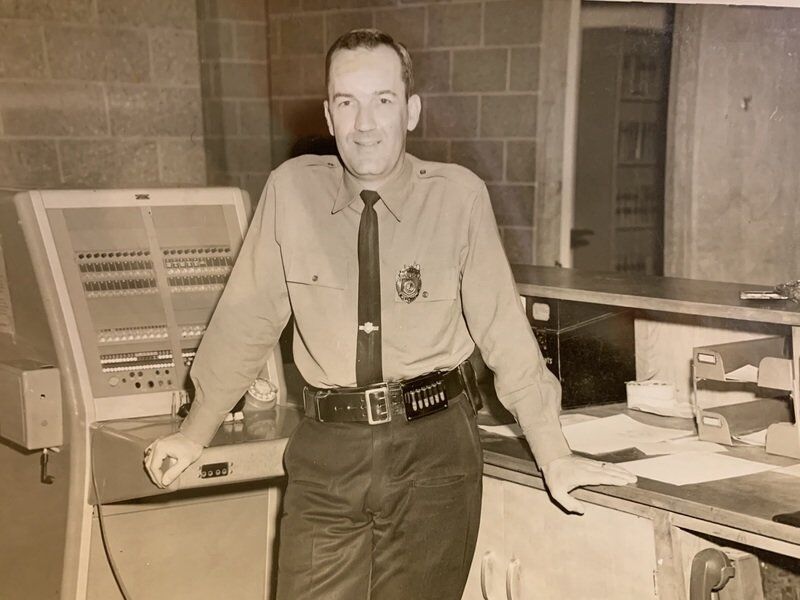 Courtesy photoRetired Methuen police officer William Rayno, who died at his home Saturday along with his wife, Matilda. 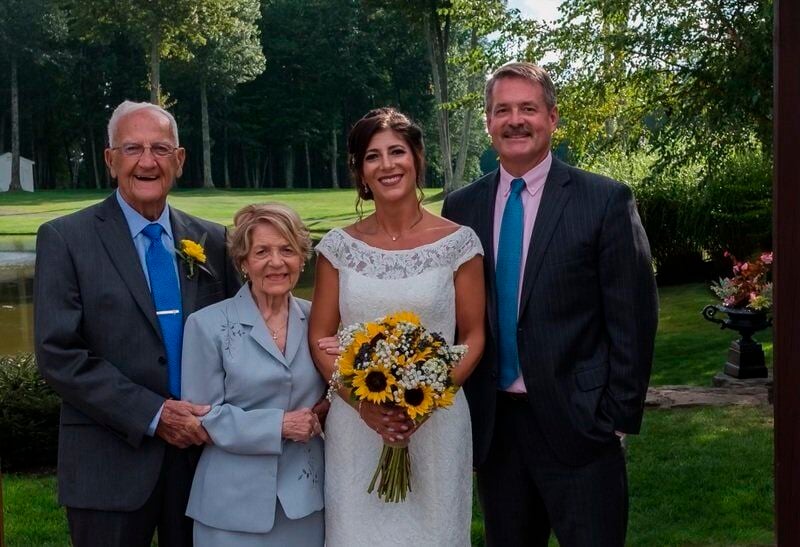 Courtesy photoWilliam and Matilda Rayno, left, with their children Cara Vinskus and Peter Rayno. The couple died Saturday after a carbon monoxide poisoning accident at their Methuen home.

Courtesy photoRetired Methuen police officer William Rayno, who died at his home Saturday along with his wife, Matilda.

Courtesy photoWilliam and Matilda Rayno, left, with their children Cara Vinskus and Peter Rayno. The couple died Saturday after a carbon monoxide poisoning accident at their Methuen home.

METHUEN — During his 35-year career, William Rayno always wore a cross on his police uniform. A patrolman and detective, he was often the officer who stepped in to help and counsel a crime victim.

"It dovetailed with his deep Catholic faith," said his son, Peter Rayno.

On Saturday, William Rayno, 86, and his wife, Matilda, 85 — married for 62 years — were found dead in their Holly Street home, the victims of a carbon monoxide poisoning accident.

Several of the officers who responded to the couple's home Saturday knew William Rayno because he was their criminal justice instructor at Northern Essex Community College, Peter Rayno said.

Methuen police Capt. Randy Haggar had coffee regularly with Rayno at Mann's Orchards. Haggar said he considered it a privilege to stay in touch with Rayno after his retirement in 1995 from MPD following a 35-year career.

"I have been fortunate to be able to meet him every morning for coffee prior to work where he would share stories and be a mentor to me," Haggar said. "Bill was very respected within the department as well as throughout the community. He was a good Christian man with high moral values and he has taught me a lot in my years of knowing him."

William Rayno grew up on Hampstead Street in Methuen at Judge Cox Farm, where his father was a foreman.

Peter Rayno said his father "fibbed" about his age so he could join the Air Force and serve in the Korean War. After the military, he tried working in engineering but "he didn't enjoy it that much."

He was first appointed as a reserve Methuen police officer in 1960 and hired full time three years later.

William Rayno was a patrolman, detective and later a court prosecuting officer. He was also employed as an adjunct criminal justice instructor at Northern Essex.

After his retirement from the police force, William Rayno worked for many years in the security field, including as head of security at the old Methuen Mall, Peter Rayno said.

Described as beloved in Methuen, William Rayno knew the community and its people well, his son said.

"He was an old-fashioned cop that blended integrity and compassion into what he did best. ... He was also a man of deep faith and that overlapped with his police work," Peter Rayno said, noting his parents were devoted parishioners at St. Monica's Church in Methuen.

Matilda Rayno was a librarian at St. Monica's grammar school before retiring "to dote on her grandchildren," Peter Rayno said.

His mother grew up on Common Street, in the Italian section of Lawrence. William and Matilda originally met when they were fixed up on a date by a friend of his mother, their son said.

When they were first married, they rented an apartment on Lawrence Street in Methuen. They later moved to their ranch at 2 Holly St. in Methuen, where they lived for 57 years.

The couple had two children; Peter, now of Hampton, New Hampshire, and his sister, Cara Vinskus of Londonderry.

Since the tragic accident, Peter Rayno said so many people have reached out to him, telling him "how my father was such a wonderful police officer," or how he gave them a break or "how he always had my back."

Arrangements are being handled by Pollard Funeral Home of Methuen.