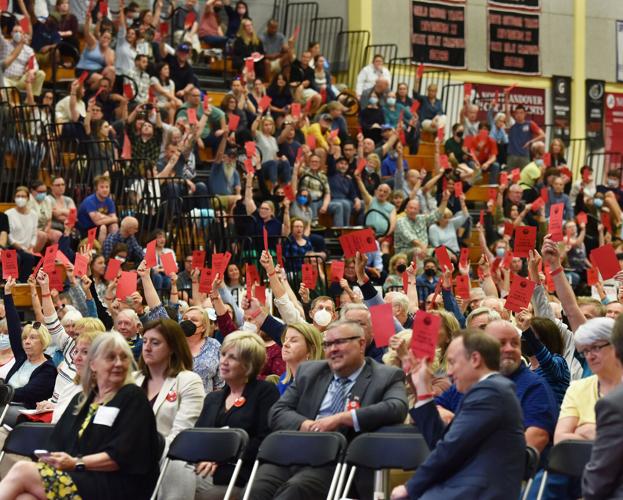 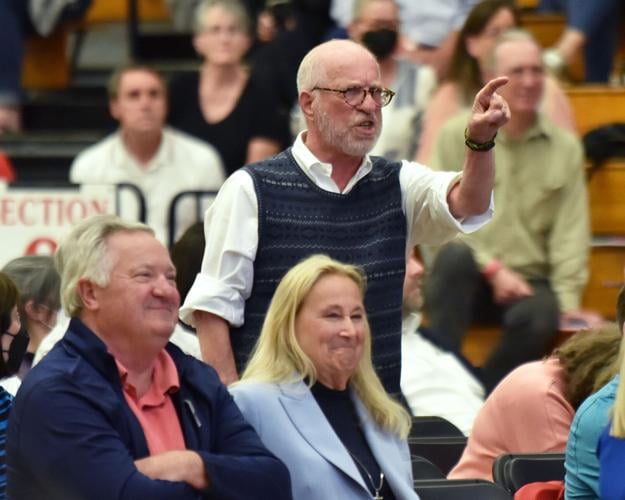 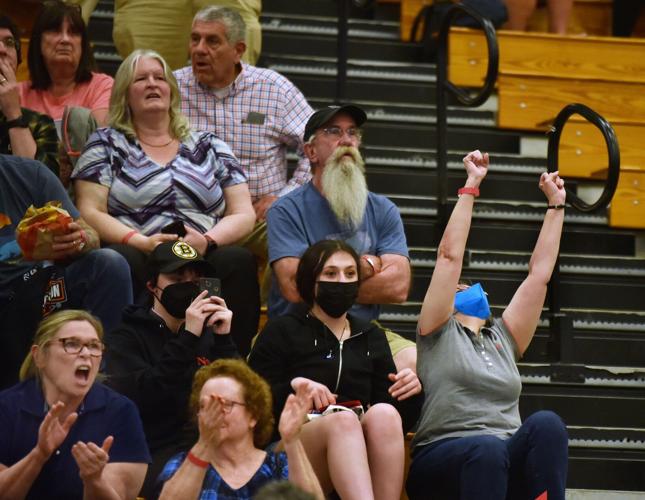 Diane Sicheri, right, who lives at Royal Crest, celebrates the rejection of the project. 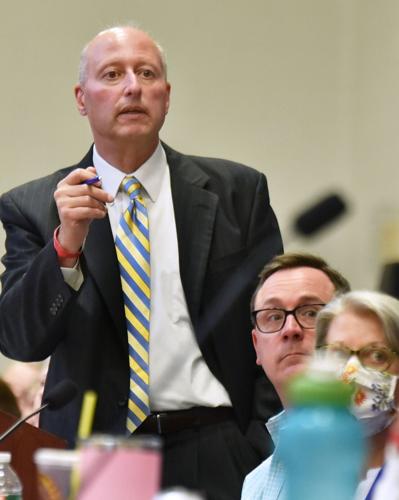 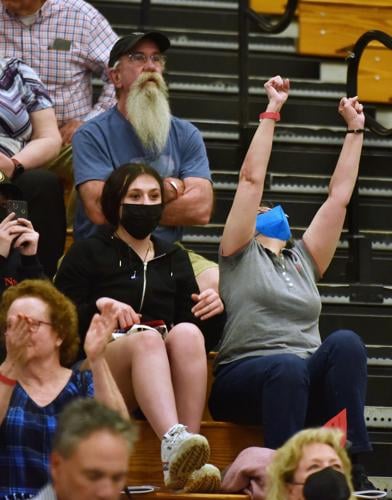 Diane Sicheri, who lives at Royal Crest, celebrates the rejection of the project. 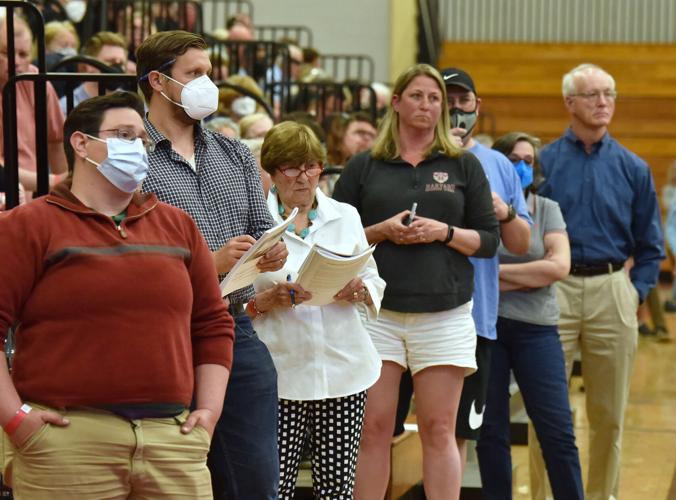 Laura Craig-Comin, left, and other town residents line up at the microphone with their questions.

Diane Sicheri, right, who lives at Royal Crest, celebrates the rejection of the project.

Diane Sicheri, who lives at Royal Crest, celebrates the rejection of the project.

Laura Craig-Comin, left, and other town residents line up at the microphone with their questions.

NORTH ANDOVER — The Royal Crest redevelopment proposal was defeated last night at North Andover’s town meeting by a count of more than two to one.

The meeting included a thorough review of the dimensions of the project, which would have increased the square footage of built space at the 76-acre site on Route 114 from 806,668 square feet to 2.118 million square feet, or 2.6 million square feet when including parking structures.

These figures mattered more to the crowd in Crozier Field House at North Andover High School than projected financial benefits that the town might have reaped from the development, or the degree of North Andover’s compliance it would afford with the state’s 40B regulations.

“Financial figures are very important, but they’re not the whole story,” said Peter Boynton, a member of the Planning Board, which voted against recommending the proposal.

Based on unofficial results, Town Meeting voted 856 against, 407 in favor of the zoning overlay district that would have allowed the development.

Boynton summed up his opposition, previously stated at several Planning Board meetings, that North Andover has “done its part” in responding to the state’s housing shortage with several new building projects over the past 10 years.

Otherwise, residents were in an accepting mood, voting to accept a gift of land next to North Parish Church, a capital improvement plan of more than $8 million, and a list of eight projects recommended by the Community Preservation Fund. These included the North Andover Historical Society’s plan to restore the Johnson Cottage Complex for $134,289.

In other business, residents also voted to approve the town’s appropriation of $1.7 million to be used for the purchase of 400 Great Pond Road, which will allow the town to raise the level of water in Lake Cochichewick.

Given where this property sits, its basement is routinely flooded by the lake, forcing the town to send 180 million gallons of water out to the ocean, said Public Works Director Jim Stanford.

“It’s not that we have an issue with the amount of water, but it would be better management if we could keep the water higher going into the summer months,” when water usage doubles in town due to irrigation, he said.

In addition, residents approved an inclusionary zoning requirement, which is designed to allow the town to require developers to include affordable units in 15 percent of any residential project of eight units or more. Developers can also meet that requirement by paying a fee that would go into the affordable housing trust fund, or toward the purchase of affordable units.

Residents also voted to approve using $900,000 that will be used for a feasibility study for replacing or renovating the Kittredge Elementary School.

That appropriation is required by the Massachusetts School Building Authority as part of a process in which it recently accepted the school into its eligibility period, and could eventually fund 50 percent of a renovation or rebuilding of the school.