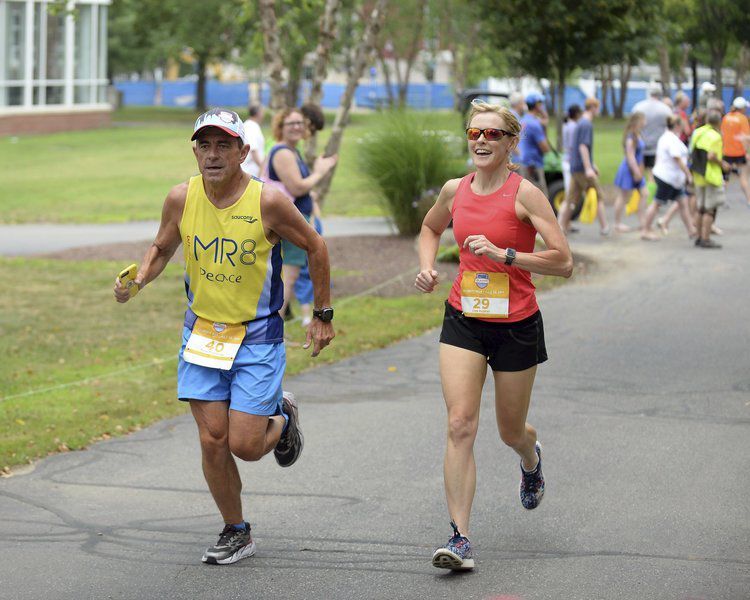 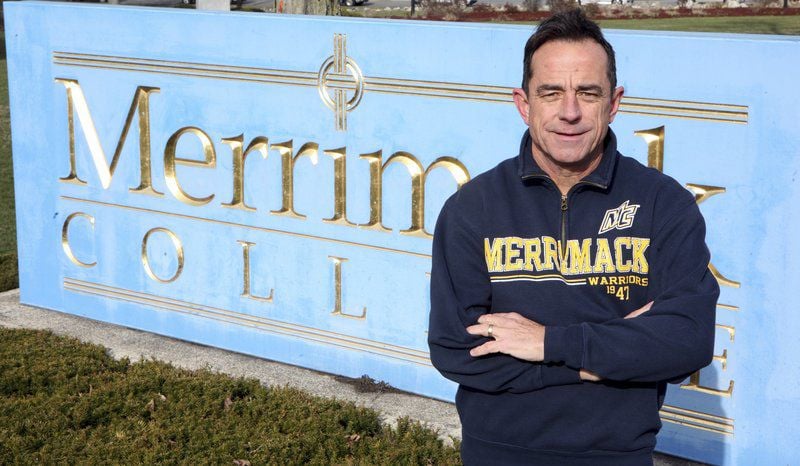 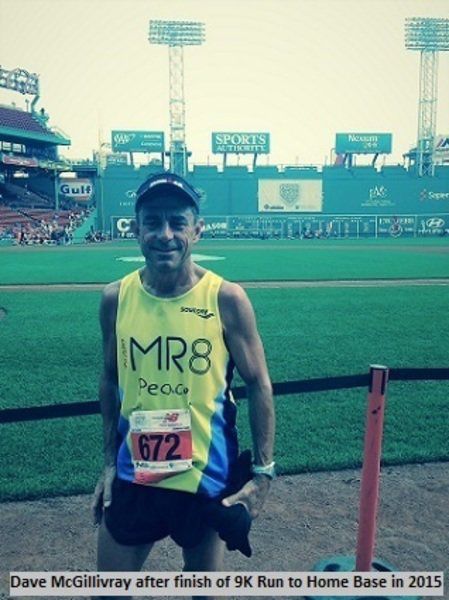 Dave McGilivray at Fenway Park in 2015 after the 9K Run to Home Base, a fundraiser for servicemen and women.

The longtime Boston Marathon race director is among the best at what he does in the world, having been called upon at the 11th hour to help stage the 2004 Olympic Marathon in Athens, Greece.

As for personal conquests, well, he takes a back seat to nobody. He’s run across America. He’s run the East Coast. He’s done 24-hour runs, bike races and swimming events. He’s run the Boston Marathon for 45 consecutive years.

But the event in front of him now is perhaps the most daunting he’s ever faced — seven marathons on seven continents in seven days.

"Am I nervous? I don’t know if nervous is the right description,“ said McGillivray, a father of four who lives in North Andover. “But I definitely have some trepidation.”

It began three years ago at the hands of Richard Donovan, of Ireland, who set the current record for running marathons on all seven continents back in 2012. That year he completed a solo world marathon tour in 4 days, 22 hours, 3 minutes.

In 2015, Donovan’s challenge involved a dozen competitors. The next year it grew to 15, and last year it was at 32.

On Monday, McGillivray will be one of 51 runners who arrive in Cape Town, South Africa, for a briefing on what the next seven days hold in store.

Then they’ll hop an airplane to Antarctica.

They’ll run their first 26 mile, 385 yard race on Tuesday, in Novo, Antartica. Then they’ll return to Cape Town and run a marathon there.

On Thursday, they’re running in Perth, Australia. On Friday, it will be in Dubai, United Arab Emirates.

Saturday’s marathon is in Lisbon, Portgual, and next Sunday’s is in Cartagena, Colombia.

McGillivray's inner drive to not only attempt but complete such big events is unmatched.

“For me, a lot of this is self-esteem, self confidence,” he said. “It's important for me to set a goal, achieve it — getting it done and feeling good about myself."

That need isn’t new for McGillivray. In fact, he’s celebrated it every year since turning 12.

That was the birthday when McGillivray, growing up in Medford, thought it would be cool to run a mile for every candle on his cake. At 63 years young, his streak continues.

After that, it was free throws.

Too small and often the last pick for basketball games at the park -- his biography is called "The Last Pick” -- McGillivray spent hundreds of hours, literally, perfecting his free-throw stroke.

Eventually he could convert an eye-popping 95 shots for every 100 attempts.

As he got older, his conquests got bigger — and more unique.

Now, as he looks forward to a whole week of running, apart from his age, coronary artery disease, breathing difficulties when he starts to exercise, a sore right Achilles tendon and ankle, hip soreness and minor discomfort in his left knee, he’s good to go.

"When I ran across the country (Medford, Oregon, to Medford, Massachusetts), I was doing 50 miles a day," he said. "I didn't really have any injuries. I didn't know anything about heart issues. And, most of all, I was 23 years old.”

This week, he’ll be the second-oldest person participating in the challenge.

“My age is a concern for me,” he said. “I am not treating this as a race, per se. I will be running at a nice pace with a goal of completing. I'm not racing against anybody or trying to win anything. My goal is to finish."

McGillivray is part of a sub-group of 16 Americans on a team called "777." Others include former Major League Baseball player Jeff Conine, paralympian Sarah Reinertsen, and Mikayla Wingle, a former “Survivor” contestant and Playboy cover model.

The organizer of "777" is former Miami Marlins president David Samson, who was fired from the team last September by owner Derek Jeter.

A health nut, Samson, 49, had met McGillivray a few years ago at the Spring Training 10K, which Samson sponsored while with the Marlins. He’s also participated in the Boston Marathon and the Ironman Triathlon — both events directed by McGillivray.

"He called me and asked if I had heard of the World Marathon Challenge," said McGillivray. "I told him, 'Of course.' Then he asked, 'Do you want to do it?’”

There is a fundraising component to the "777" team, which aims to collect about $2 million.

For his part, McGillivray is representing the Martin Richard Foundation, or Team MR8, in memory of 8-year-old Martin Richard, who died after the explosion on Boylston Street during the 2013 Boston Marathon.

Unlike most other challenges, McGillivray said he’s been a “little quiet” about this one.

And he’ll feel a whole lot better when it’s done.

"My age, my health ... this is different,” he said. “My goal is to finish. The only competition for me is completing seven marathons on seven continents in seven days."

When it comes to preparation, McGillivray is on par with Bill Belichick.

Since committing to this challenge about 10 months ago, he’s slanted a lot of his usual running regimen to prepare for the mniles ahead of him.

During a recent six-week stretch, he ran four marathons, while averaging over 100 miles per week.

"One of the things I was looking for was how I felt the day after running a marathon," he said. "My goal was to wake up the next day without any major aches and pains. And for the most part, I have felt very good the next day."

McGillivray admits his anxiety has rivals what he’s experienced before anything he has ever attempted.

"There have been times I wasn't in great shape to run the Boston Marathon, because of work and family. But I've done so many marathons before, and been on the road for longer races, that I know I can do it,” he said. “This is completely different."