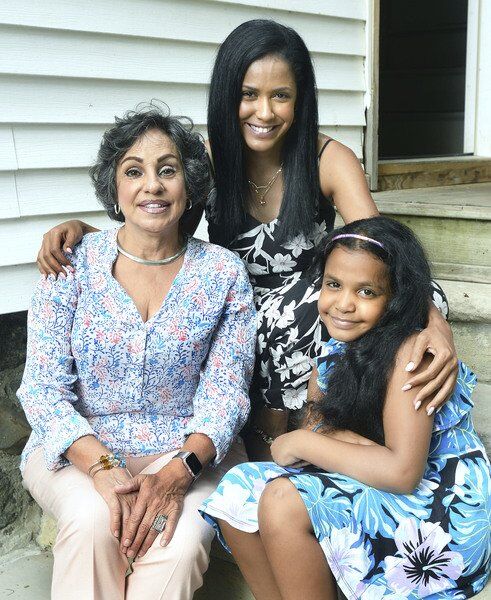 CARL RUSSO/staff photo The movie "Mama Victoria" was shot early this month in Lawrence on Woodlawn Street. From left are actress Griselda Garcia, Yissendy Trinidad, the writer and director, and Kerialis Trinidad,10. 8/4/2020 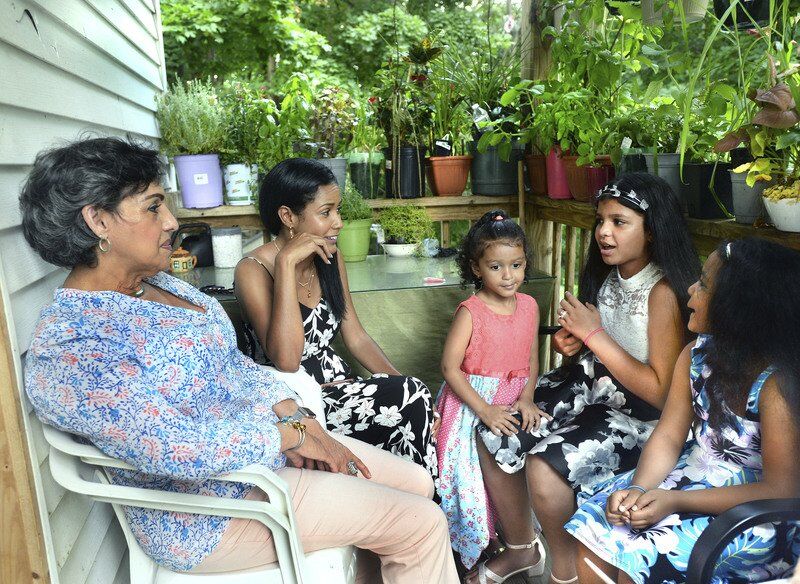 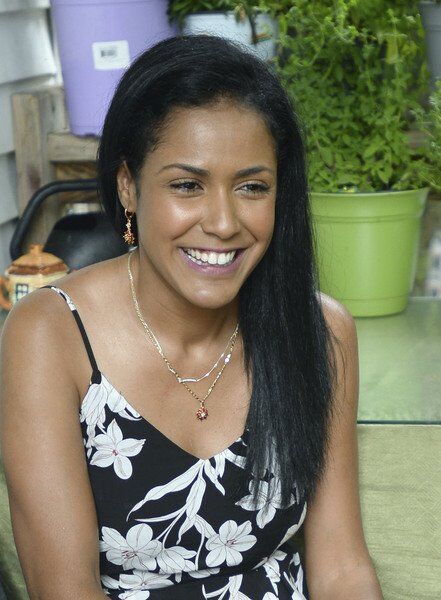 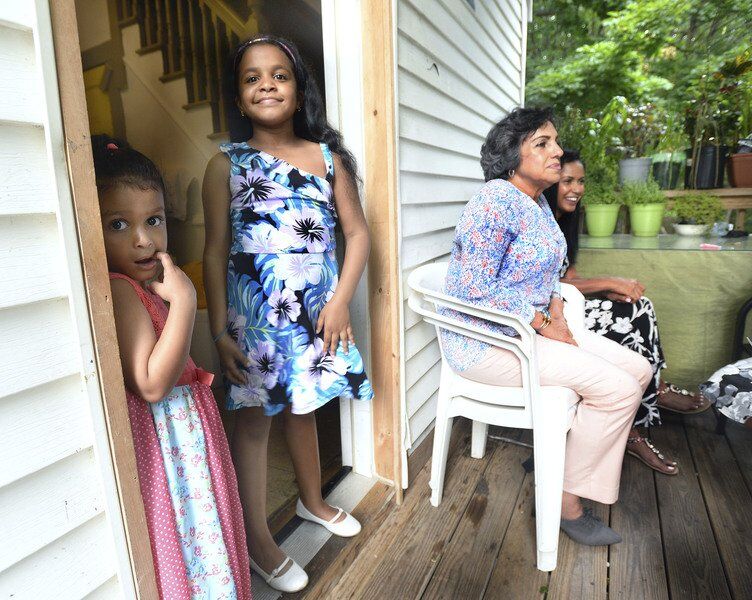 CARL RUSSO/staff photo The movie "Mama Victoria" was shot early this month in Lawrence on Woodlawn Street. From left are actress Griselda Garcia, Yissendy Trinidad, the writer and director, and Kerialis Trinidad,10. 8/4/2020

On a hot Sunday in August two adjoining homes on Woodlawn Street in Lawrence became a small film set. It was peopled by the writer and director's family and friends -- a cast with no acting experience.

The movie — about a girl, Cindy, and her Dominican grandmother, Victoria — was a natural choice for budding filmmaker Yissendy Trinidad, 35.

When edited, the seven-minute film, "Mama Victoria," will dramatize life lessons about the love, family and respect that Trinidad's grandmother instilled in her when she was growing up in the Dominican Republic.

These sustaining lessons gave Trinidad the confidence to immigrate to Methuen in 2003 at age 18, learn English, work —becoming the manager of the local Burger King — and get a medical assisting degree from Hesser College.

In 2008, at 23, after five years in the United States, Trinidad gained her citizenship. She and family, including her mom and dad, moved to Lawrence, the same Woodlawn address where the film was shot and where the family still lives.

She became enamored of acting about six years ago while playing a supporting role in the crime movie "Portico" shot in Lawrence. She found she loved working on a set.

After several years studying acting and film she traveled across the country to Los Angeles to pursue her dream of making movies.

"Mama Victoria," shot in more than 150 takes over 11 hours, was made by crew from throughout New England. All of them volunteered their services for the shoestring project.

Trinidad, who supports her writing and film-making through movie studio production work in Los Angeles, is making "Mama Victoria" for a few thousand dollars, reserved mostly for editing and entry fees for film festivals.

She is aiming high and will submit "Mama" to the 2021 Sundance Film Festival as well as other festivals. She has two other movies already accepted by festivals.

It tells the story of Cindy, at several stages of growing up, and her grandmother, Victoria.

The opening depicts young girls in a circle at the end of the driveway awaiting the grandmother's arrival as they play a traditional children's Dominican game, the dancing and singing routine, "Me cai en un pozo," about love and falling in a water well.

In another scene, in the kitchen, the grandmother teaches her granddaughter, 8, about food and cooking.

Later, in an especially dramatic scene, after the girl, now 13, has fought with her mother and run away, the grandmother arrives to mediate a peace between mother and daughter.

The movie, shot under COVID-19 precautions with testing, distancing and masks, comes at a time when many families find themselves grasping for stability in the uncertainty of 2020.

In many ways, the making of "Mama Victoria" was a small celebration of grandparents, as the cast and crew were paying homage to their memories, too.

"The love we have for our mother is unique, but the love for our grandparents — you cannot even describe it," Trinidad said.

Albalis, who plays the character of the granddaughter at age 8, was thinking about her own grandmother, Yissendy's mother, while playing the character.

The mom in the movie is played by Yris Catalina, of Haverhill, a friend of Trinidad's for the past 15 years.

Catalina could relate to the movie. As a little girl, after spats with her mom, Catalina would flee to her grandmother's house. She even lived for a time with her grandmother, who died a year ago.

"It was a very touchy subject for me. I was very close to my grandmother," Catalina said.

The grandmother role, Victoria, is played by Griselda Garcia of Haverhill, a self-possessed woman with a matriarchal bearing who has two grown children of her own.

"And she killed it. She did a great job," said Trinidad. "She is ready for the next film."

The film is in Spanish and will have English subtitles.

Garcia says the movie's appeal, like that of grandmothers, is universal.

The camera man, Joseph Anthony Marcello, of Hopedale, is a recent master's program graduate of film studies at Quinnipiac University in Connecticut.

Marcello, who is close to both of his grandmothers, sees the the kernel of something beautiful in the footage of "Mama Victoria."

While the cast did not have acting experience, they knew the material by heart, he said. They focused not on themselves, but on portraying the family values and experiences they grew up with.

The conflict, frustration, joy and laughter were real, he said.

Marcello's grandmothers, his mimi and and noni, have been asking him questions like crazy about the movie.

Trinidad was recently talking on the phone to her grandmother, Victoria, 80, who lives in Santiago, D.R. -- the woman whom the film is based upon.

She wants to see the movie.

Trinidad plans to host a backyard screening of it for family, friends, the cast and crew on Woodlawn Street in Lawrence after "Mama Victoria" is complete.

She will send her grandmother a personal link so she can see it online.