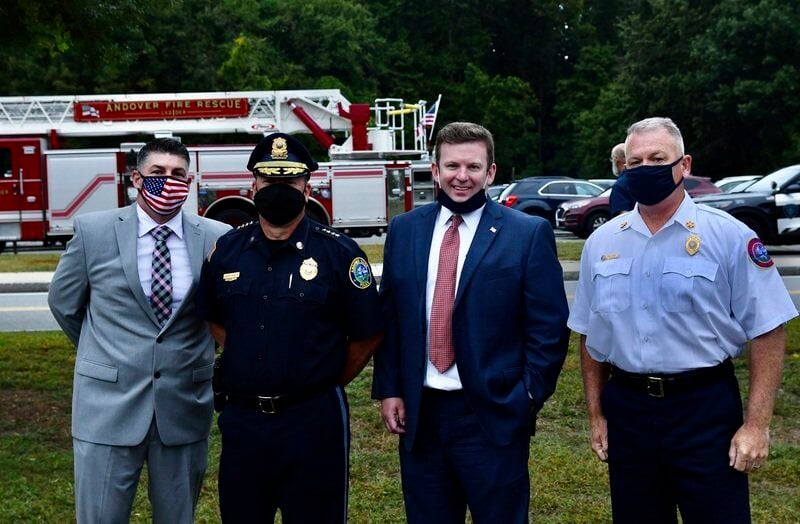 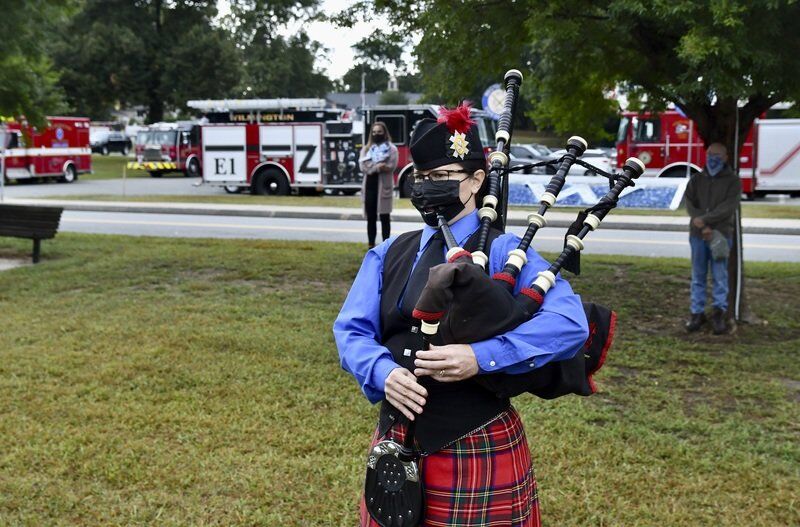 Bagpiper Amy McGlothlin plays “Amazing Grace,” as she has for 18 of Andover's 19 memorial services for 9/11. 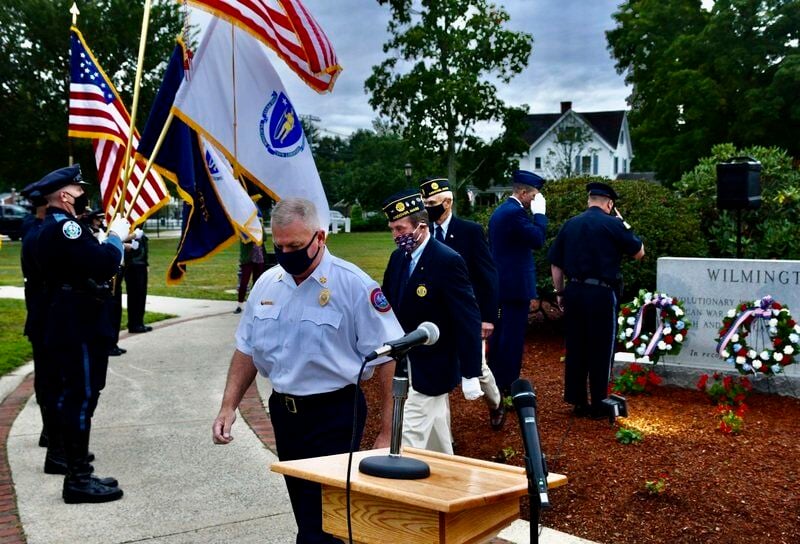 Bagpiper Amy McGlothlin plays “Amazing Grace,” as she has for 18 of Andover's 19 memorial services for 9/11.

Andover participated in a group observance of the 9/11 terrorist attacks against the United States this year, due to health concerns surrounding the COVID-19 pandemic.

On Friday, those from Andover joined representatives from Wilmington, Billerica and Tewksbury for a ceremony on Wilmington Common.

They solemnly recalled the tragic day of Sept. 11, 2001, when a series of four coordinated terrorist attacks by the Islamist terrorist group al-Qaeda took place.

The United States death toll was 2,977, including four people from Andover.