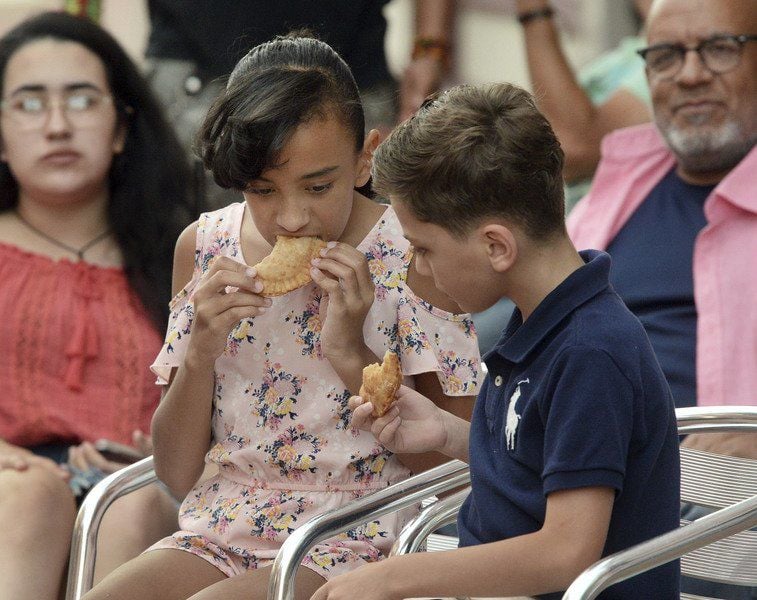 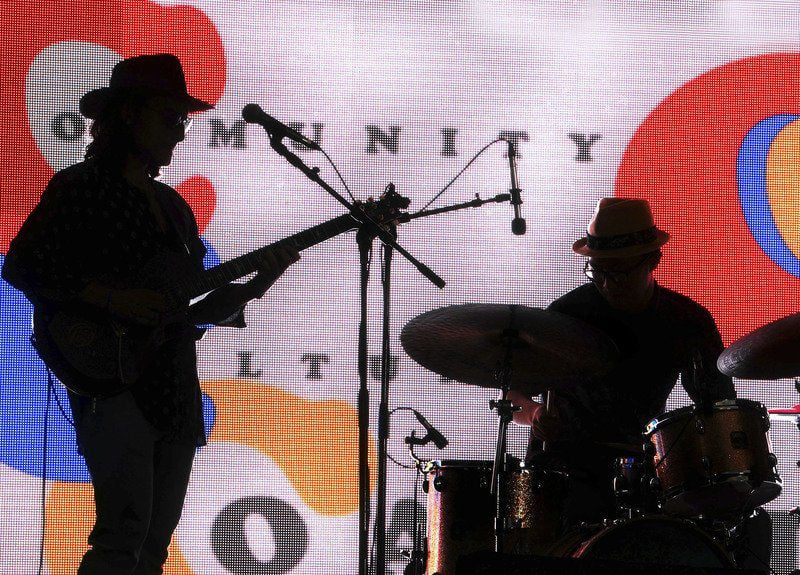 Marziani’s Trio, featured three musicians from three nations: Guitarist Ramiro Marziani is from Argentina, drummer Kelvin Andreas from Indonesia and stand up bassist Soso Gelovani from Georgia – the country that used to be part of the Soviet Union. 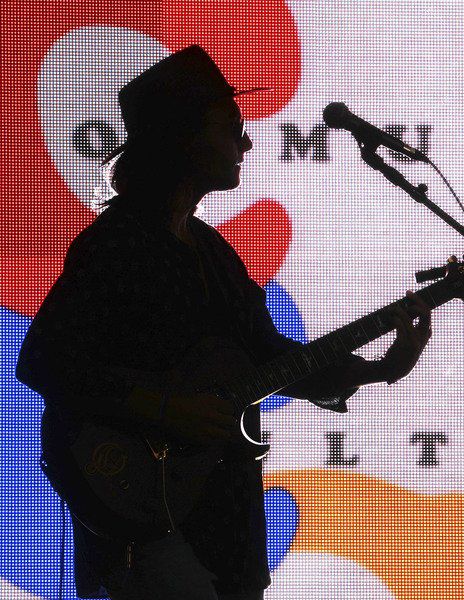 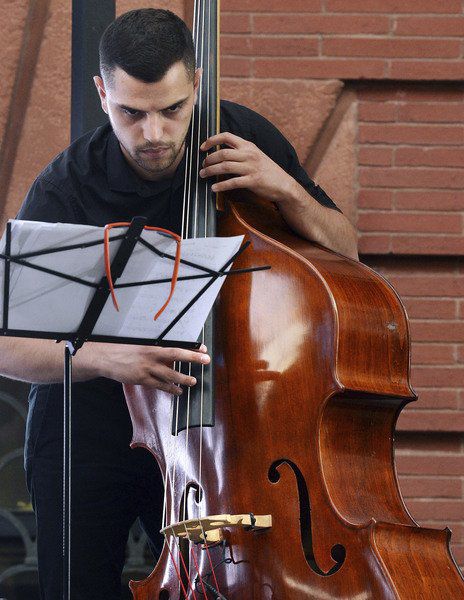 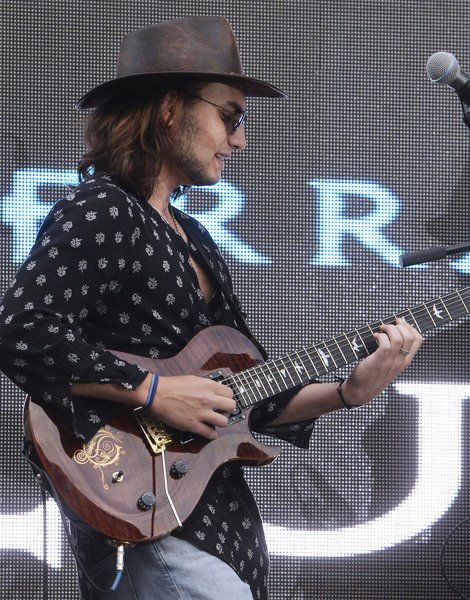 CARL RUSSO/staff photoRamiro Marziani from Argentina, picks the strings as he fronts Marziani's Trio during a performance Friday night. 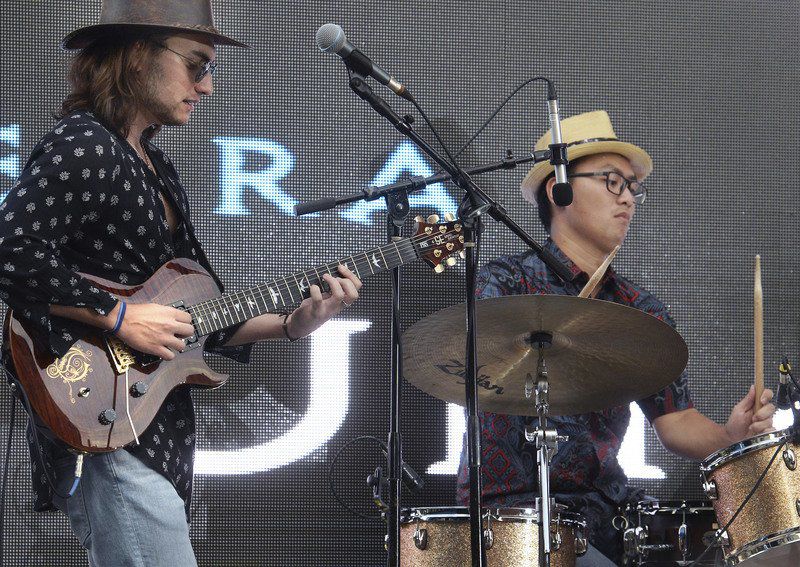 Marziani’s Trio, featured three musicians from three nations: Guitarist Ramiro Marziani is from Argentina, drummer Kelvin Andreas from Indonesia and stand up bassist Soso Gelovani from Georgia – the country that used to be part of the Soviet Union.

CARL RUSSO/staff photoRamiro Marziani from Argentina, picks the strings as he fronts Marziani's Trio during a performance Friday night.

The Lawtown Jazzfest & World Music concert filled the summer air with melodies from a variety of countries and eras. Indeed. One group, Marziani’s Trio, featured three musicians from three nations: Guitarist Ramiro Marziani is from Argentina, drummer Kelvin Andreas is a native of Indonesia and Soso Gelovani hails from Georgia – the country that used to be part of the Soviet Union.

“We should have more of this,” said Kellmy Rosado, who was accompanied by his daughter, Melanie, 9, and son Jorge, 7.

“I’m a jazz fan myself,” Rosado, of Lawrence, said. “I hope it continues. You can’t beat the price (there was no charge for the concert). We love it.”

While the audience relaxed to the sounds of Marziani’s Trio, dynamic drummer Joey Scrima,  guitarist Bobby Keyes and others, two institutions of higher learning sent representatives to the concert to pitch their services.

Admissions specialists from Northern Essex Community and Cambridge colleges, both of which are located in Lawrence, answered questions from those interested in their schools.

Between performances, Vengerflutta Smith, director of student life at Northern Essex, delivered an impassioned appeal for people to further their education. Learning, she stressed, leads to  empowerment.

“This is no time to sit around.” she said. “We are here to empower our community.”

Initially, not too many people visited the colleges’ tables. Toward the end of the concert, however, at least a half dozen people inquired about what Northern Essex offers, according to Dr. Noemi Custodia Lora, vice president of the college’s Lawrence campus.

“We always like to have a presence at these events,” said Danny Richer, director of admissions for Northern Essex.

At 58, Scrima, who has deep roots in Lawrence, can still bang those drums with more power and speed than just about anyone. He has played with some heavy hitters over the years, including the late Brad Delp, Santana and Connie Francis, to name a few.

“We love Lawrence,” he told the audience before talking about his younger days in the city. He’s related to the Pappalardo family, who owned and operated the Boston Fish Market for many years.

He also attended Holy Rosary Church, just a few blocks from Appleton Way at Essex and Union streets. Scrima noted that the stores of Lawrence’s past – Cherry & Webb, Sutherland’s, Earlington’s – no longer line Essex Street but other businesses are taking their place.

Lawtown Jazzfest & World Music will continue Saturday, from 5 to 10 p.m., in the same place, Appleton Way, between City Hall on one said and the Terra Luna Café and Superior Courthouse on the other.

The concert is being sponsored by the Community Cultural Council and the Terra Luna Café. Master of ceremonies Santo Acevedo, who announced the different performers with powerful enthusiasm – mucho gusto – said he and other organizers hope Lawtown Jazzfest & World Music will continue year after year.

Weatherwise, the concert’s timing was lucky. The temperature was in the low 80s and the humidity took a hike.