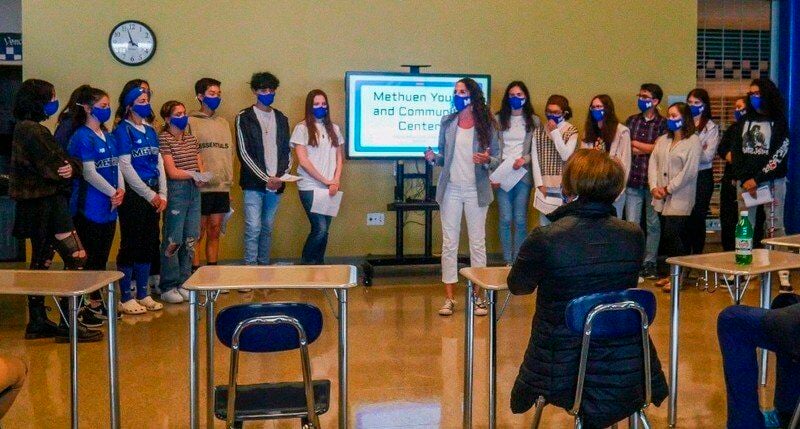 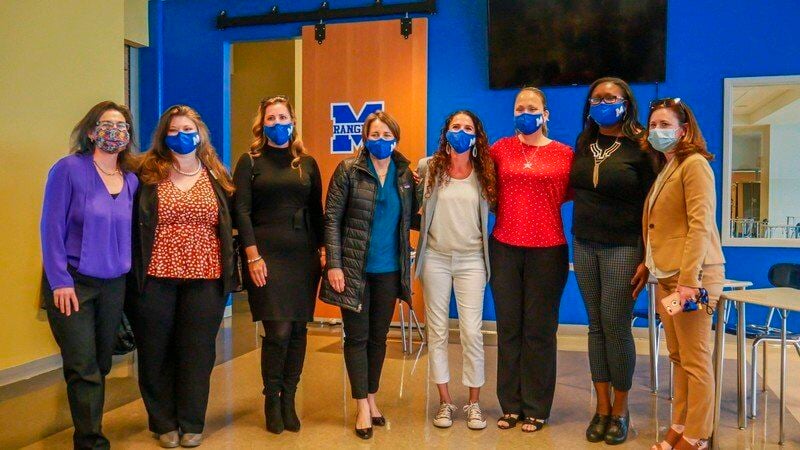 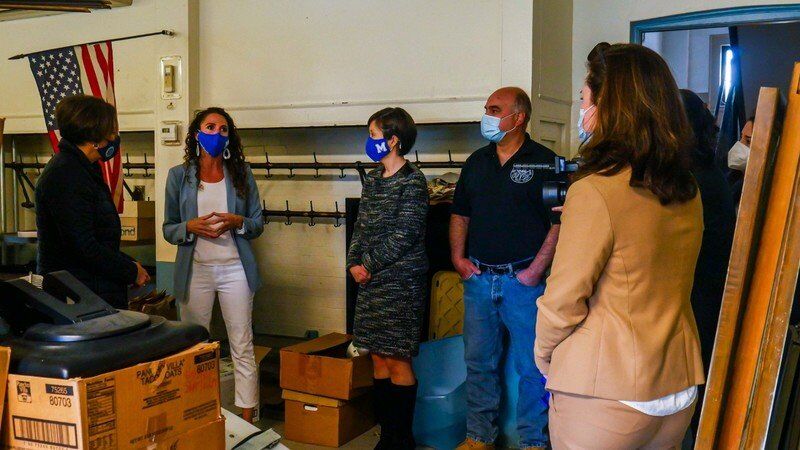 METHUEN — A group of high school students made a big impression on state Attorney General Maura Healey last week as they lobbied for the release of $1 million in state funds to help build a new youth center.

The students, part of a group called MYVoice, or Methuen Youth Voice, stood in a semicircle around a TV monitor that displayed a slick slideshow about the need for such a center.

Samantha Kendall, a sophomore, said the center was needed for youths in the community ages 12 to 25, "as they prepare for a fulfilling future beyond school."

Another student said the center would be a place for young people to pick up "life skills and character development."

A third, Kenny Erazo, said the center could be a place for "creation and development of ideas" as well as offering mentoring opportunities and a comfortable location to "be yourself."

The presentation to Healey and other local and state officials was the last stop in a daylong trip through the Merrimack Valley for the attorney general. For state Sen. Diana  DiZoglio, D-Methuen, who organized the outing, the stop at Methuen High provided a chance to showcase the work of local students while also pushing for funding needed to finish the youth center.

DiZoglio has taken the lead in getting the youth center built.

DiZoglio then took a 159-mile hike across Massachusetts to raise awareness and funding for the project. She raised about $130,000 as a result of the hike.

DiZoglio earlier secured $200,000 in state funds to initiate the program and $1 million in a recent economic development bill toward the capital campaign.

Gov. Charlie Baker needs to release the $1 million before the project can proceed further.

"I remember talking about this 20 years ago when I was in high school," DiZoglio said. She saw it as a place where there could be "mentorships and tutoring for kids, or a place you could sing, write your poetry and do poetry slams, learn culinary arts and have a safe space where you can belong."

She noted that "we are not there yet. We are at the edge ready to jump."

The project has the support of the City Council, School Committee and Mayor Neil Perry.

"The support has been amazing," she said, adding that the $1 million in state bond money is needed to break ground and do needed design and remediation work to rid the building of lead and asbestos while making it compliant with the Americans with Disabilities Act.

The student presenters asked Healey and others present to sign a petition that will be presented to Gov. Baker seeking the release of the $1 million in state funding.

Healey told the students she was impressed by their presentation and that she would sign their petition.

"After all the hard work that has gone into this, and the advocacy you guys are doing, we need to get this going," she said. "I am so moved and inspired by young people on so many fronts. Don't let anybody tell you your voice is not powerful and impactful because it is now, more than ever, on the environment, climate and gun violence. Young people making a difference all over the country."