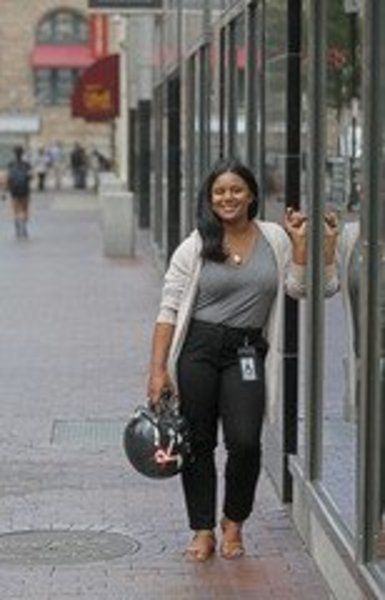 MIKE SPRINGER/Staff photo Lawrence native Stephanie Pascual, shown outside her office building in Boston, is a corporate career woman during the work week and a professional football player in her spare time. 7/10/2019 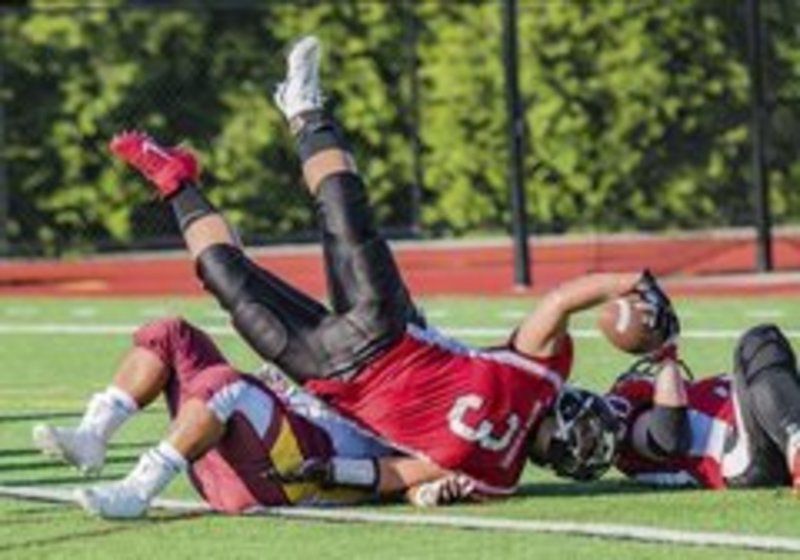 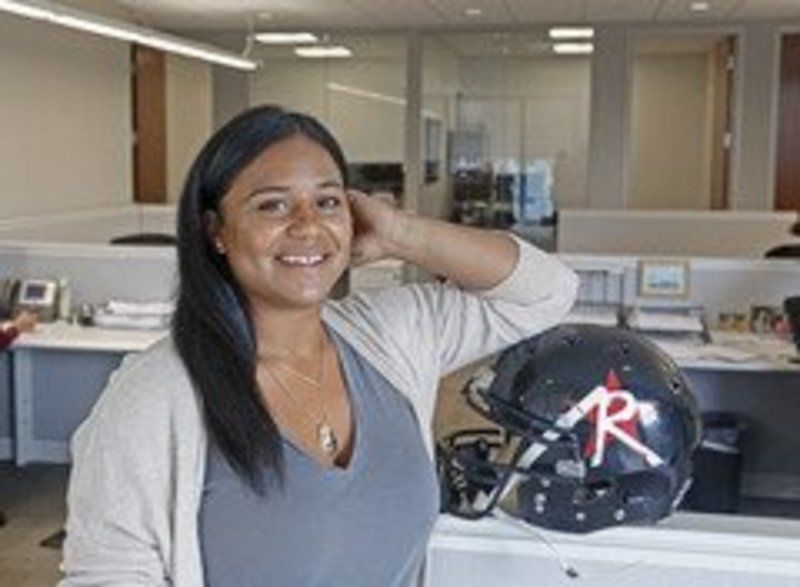 MIKE SPRINGER/Staff photo Lawrence native Stephanie Pascual, shown at her office in Boston, is a corporate career woman during the work week and a professional football player in her spare time. 7/10/2019 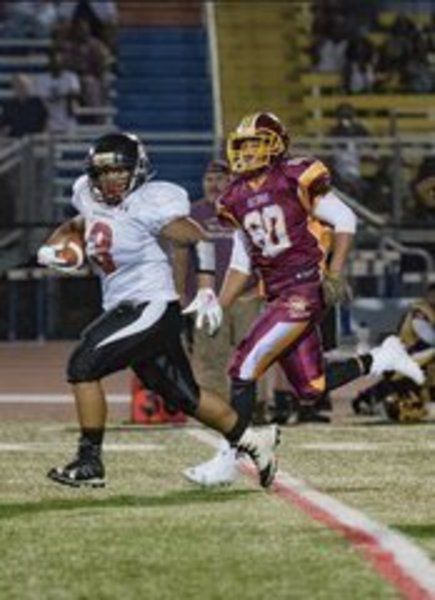 MIKE SPRINGER/Staff photo Lawrence native Stephanie Pascual, shown outside her office building in Boston, is a corporate career woman during the work week and a professional football player in her spare time. 7/10/2019

MIKE SPRINGER/Staff photo Lawrence native Stephanie Pascual, shown at her office in Boston, is a corporate career woman during the work week and a professional football player in her spare time. 7/10/2019

As a business professional working in the financial district of Boston, Stephanie Pascual is accustomed to the strange looks she often gets when she tells people she plays football.

"They say, 'Do you play tag football?' Or worse is, 'or Lingerie Football?' — like those girls in the bikinis," she said. "That one really ticks me off."

A Lawrence native, Pascual was a youth basketball star in high school at Proctor Academy and in college at Mount Holyoke.

Nowadays, though, when she's not working at a major asset management firm, she plays hard-nosed, tackle football with the Boston Renegades.

The undefeated team is headed to Golden, Colorado, for the third straight year to play in the Women’s Football Alliance national championship Saturday night.

"I grew up loving football, watching Patriots games on Sundays like everybody else," said Pascual, who is the top wide receiver for the Renegades.

"I played a lot of sports growing up," she continued. "I was probably best at basketball, but I also started playing field hockey in college and liked that, too."

She learned about the women's semi-pro tackle team from a friend. Three years ago she and her sister Angelica Pascual tried out. Both made the team.

"When we first saw Steph, we had her pegged as a linebacker," said Renegades head coach John Johnson. "She was tough. She was strong. And she wasn't very tall. She looked like a linebacker."

But as the season wore on and Johnson saw Pascual playing receiver on the scout team, he realized his first impression was off.

"She got open every time," Johnson recalled. "And she never dropped the ball. I'm like, 'We need this girl on offense.'"

She's been a Renegades wide receiver ever since, scoring eight touchdowns this spring and summer.

"The feeling after you make a big catch, moving the chains," Pascual said. "I love the fact that I know I'm going to run a certain route and the defender is reacting. The adrenaline that runs through my body feels amazing."

Johnson has high praise for her presence on and off the field.

"She's a captain, which says something being this is only her third year playing," Johnson said. "But she's really our MVP. She produces on the field. She makes great catches. She's always making plays. But honestly, she's one of our leaders. She's constantly talking to players, lifting them. I don't know where I'd be without her."

While Pascual has never played soccer, she was a big fan of the U.S. Women's National Soccer team that won the World Cup last weekend.

"That was a group of women, using their platform, to help break barriers," Pascual said. "I loved it. We are sort of doing the same thing. Women love football, too. We want to play. Trust me, I'm out recruiting players whenever I can."

Pascual said the biggest misconception about women's semi-pro football is concerns its physical nature. Women, she claimed, love it.

"For me, I love to take out my aggression during practices and games," she said. "And I'm not alone. We wear pads. We like hitting. Sometimes we talk trash, too. It's part of the game. I love it."

The undefeated Boston Renegades women's semi-pro football team will play in the national championship Saturday, July 13, at the Colorado School of Mines in Golden, Colorado, at 10 p.m. (EST).

The game will be broadcast on ESPN3. Boston will face off against the third-ranked Cali War (8-0). The game will be a rematch of the 2018 national championship, which Boston won 42-18.

2 MORE LOCALS ON THE TEAM

Stephanie Pascual isn't the only local player on the Boston Renegades.

Stephanie's sister Angelica Pascual, 29, is the team's top running back. Angelica, a Lawrence native, resides in Lowell and was recently named an All-American on the Women's Football Alliance's first team.

The speedy back, who attended Mount Holyoke like her sister, Stephanie, and starred at basketball (1,000-point scorer), is noted for her explosiveness in the open field.

"Once she gets free, she's gone," Stephanie said. "She's a great athlete."

Danielle Fournier of North Andover is a defensive lineman on the squad.

Fournier played rugby at the University of New Hampshire, from which she graduated in 2014.

At North Andover High, Fournier played basketball and had a stellar softball career during which she was named a team captain and was a Cape Ann League All-Star.

A noted weight-lifter, she aspires to operate a gym in the future.