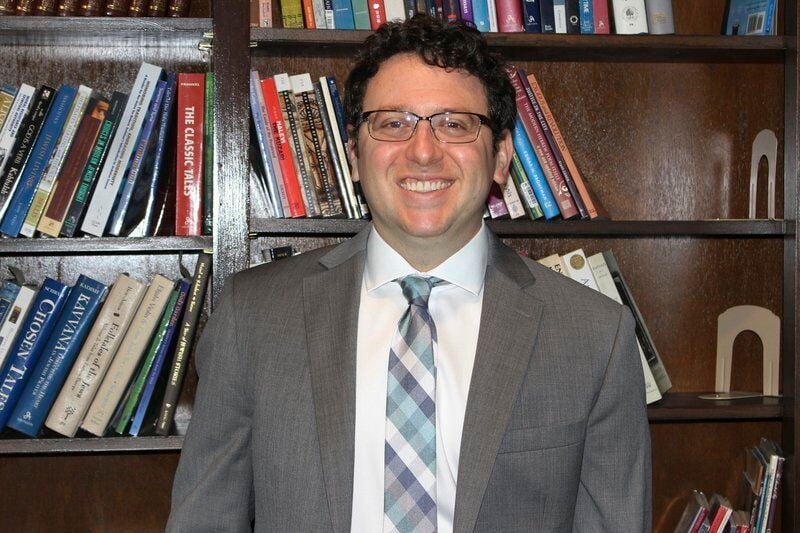 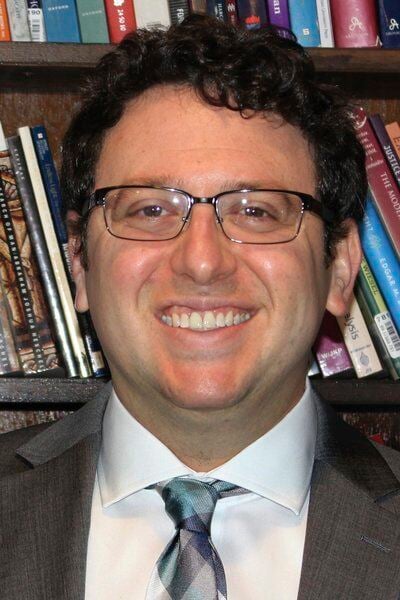 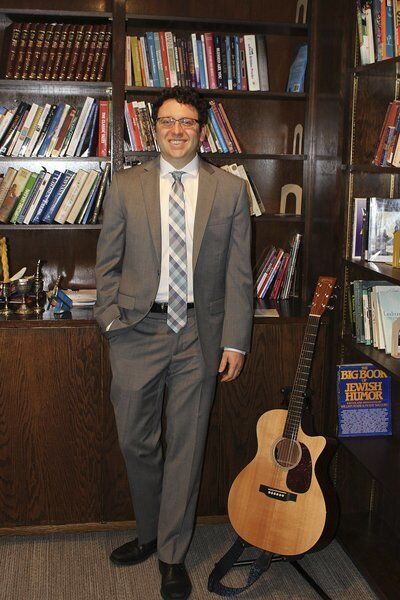 It's a weird time of fresh starts and reemergence.

Max Chaiken, Temple Emanuel's new rabbi, is embracing all of it.

"I'm thrilled to be here and diving in. It's a challenging time for us in the world coming out of COVID where we have to be careful and not too hasty so that we keep each other safe, and we are going to have to implement the lessons we've learned over the past year," Chaiken said, about two weeks into his time with the temple. "I'm excited for all of the opportunities this moment presents."

Chaiken moved to Andover with his husband, Rabbi Danny Shapiro, and their Australian cattle dog Oogie to replace Rabbi Robert Goldstein, who retired at the end of June. The congregation at Temple Emanuel is the first he is leading after being an associate rabbi at Kol Ami in West Hollywood, which is primarily an LGBTQ congregation.

"It's pretty awesome (the people of Temple Emanuel) were cool taking in a gay rabbi," Chaiken said. "I wouldn't take it for granted."

Chaiken didn't always plan to be a rabbi. After graduating college in 2009 he thought he would become a lawyer.

However, the economic crash pushed him to work with students at various Jewish day schools in the Boston area. He had always enjoyed working with children in a faith-based setting, especially with music. He got closer to his faith while attending a summer camp that he then worked at through college, he said.

After a few years working in schools, "I accepted my calling" he said, and he enrolled at Hebrew Union College-Jewish Institute of Religion in Los Angeles to pursue becoming a rabbi.

During his studies, he met his husband on a trip to Israel. They were studying in different programs and happened to cross paths.

Recently, Chaiken and Shapiro decided their next step was moving back to the east coast to be closer to family. Chaiken grew up in New Jersey.

Shapiro, who worked as a chaplain for Claremont College, is figuring out his next steps as the couple settles into their Andover home.

One of the biggest draws for Chaiken to Temple Emanuel was the synagogue's commitment to interfaith work.

"Many people of faith have shared values, even if we have a different way of showing it or different sacred stories we find meaning in," Chaiken said. "It's an exciting opportunity as I get to not only know the congregation but the interfaith community in Andover and the Merrimack Valley as well. It's all about building a stronger world with each other."

It's been a busy few weeks on the job, and Chaiken is looking forward to meeting more people. He wants to see where congregants are at and listen to how they wish to build the future.