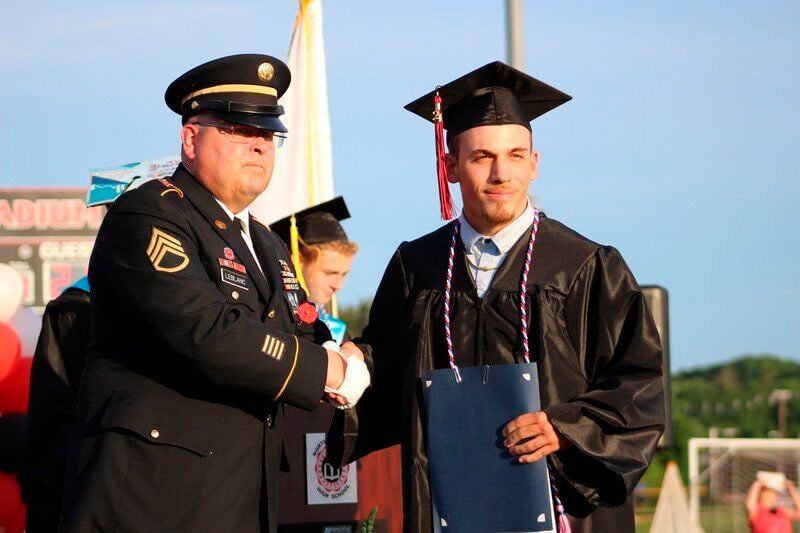 MADELINE HUGHES/Staff photoRetired Staff Sgt. Joseph Leblanc, district director of Veterans Services, awarded diplomas and citations to North Andover graduates who were moving on to a career in the military after graduation. 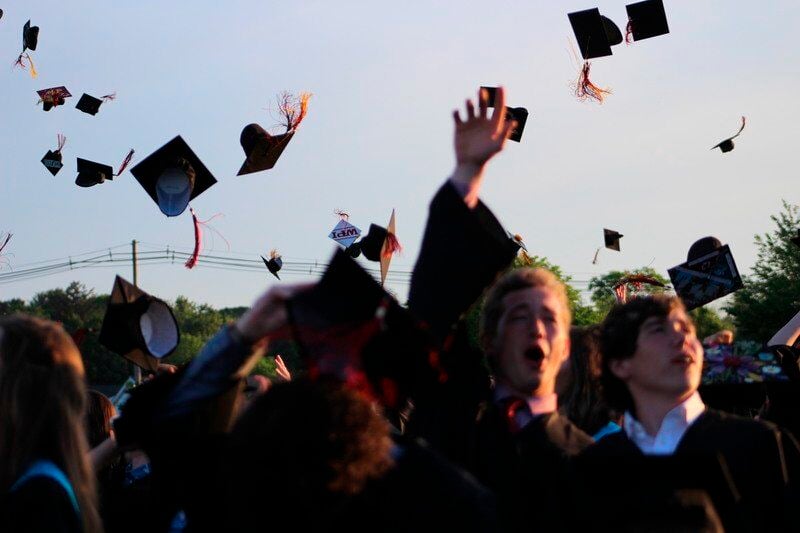 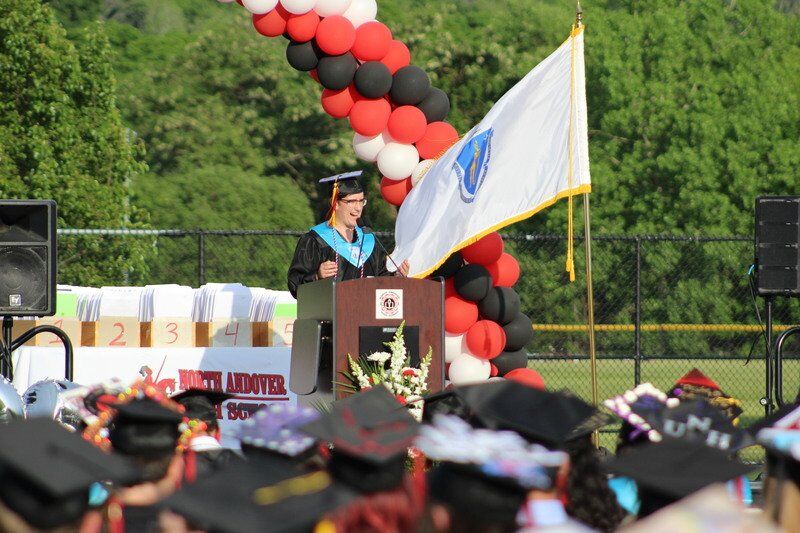 MADELINE HUGHES/Staff photoRetired Staff Sgt. Joseph Leblanc, district director of Veterans Services, awarded diplomas and citations to North Andover graduates who were moving on to a career in the military after graduation.

NORTH ANDOVER — The stands were full as people fanned out across the turf at Walsh Field to celebrate the North Andover's Class of 2021.

As the first town event since the state lifted pandemic restrictions, the energy was palpable at what was the largest gathering in town in more than a year. Everyone came together — filling nearly every parking spot within walking distance of the high school — to celebrate the 373 graduating Scarlet Knights.

Graduation is typically steeped in tradition. New this year, retired Staff Sgt. Joseph Leblanc, the district director of Veterans Services, awarded diplomas to the nine students who will be joining various branches of the military upon their graduation. It was a new program started this year to award those students a citation for their commitment to service, he said.

The other non-traditional aspect to the ceremony was the added triumph of not only succeeding in 13 years of school, but also seeing an end to a global pandemic.

The graduates' message to their fellow classmates: Look at what you've overcome, and remember that as more challenges arise in the future.

Co-valedictorian Nicole Fischer talked about her own journey to overcome perfectionism.

Fischer said she is done "not forgiving myself for being human. I'm ready for a do-over in college."

Class president and salutatorian Eamon O’Cearuil talked about embracing "the flinch" — that moment of tensing up before something uncomfortable he likened to a cold shower. Embracing those moments leads to growth, he said.

Co-valedictorian Pranali Ashara similarly shared the greatest lesson she learned over her years: "If we utilize our ability to adapt, nothing is impossible."