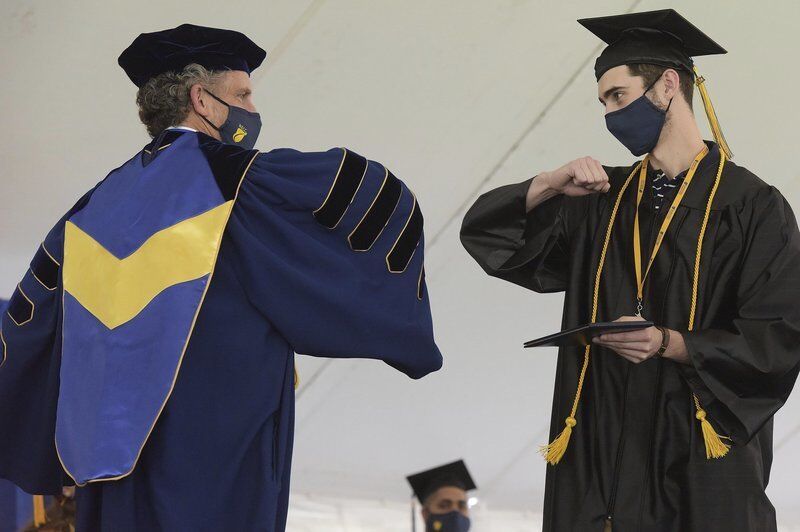 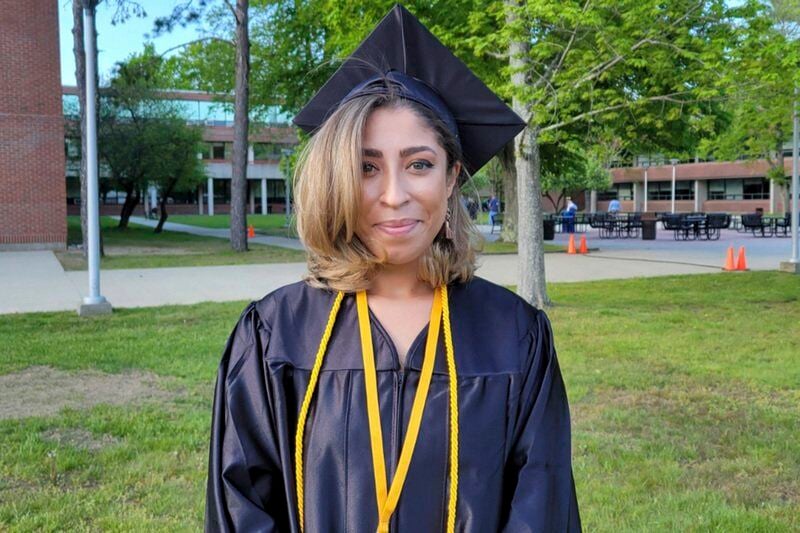 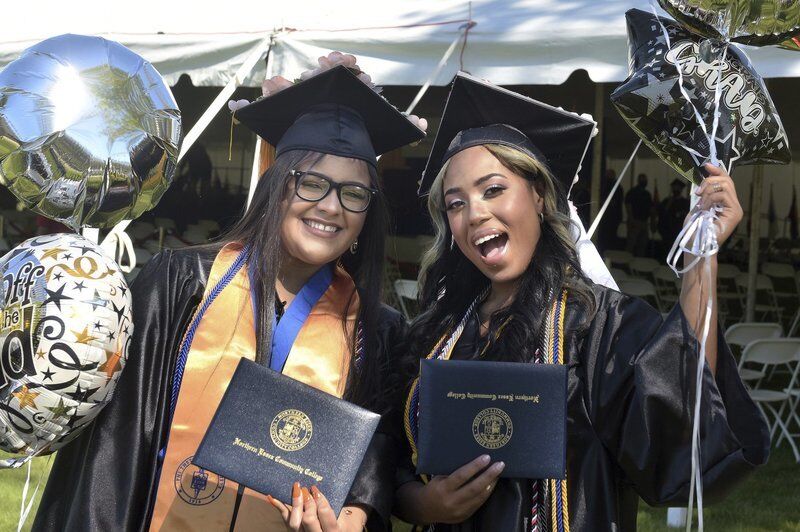 TIM JEAN/Staff photosWinifer De Leon, left, of Lawrence, and Tiary Gonzalez, of Haverhill, are all smile after graduating from Northern Essex Community College. 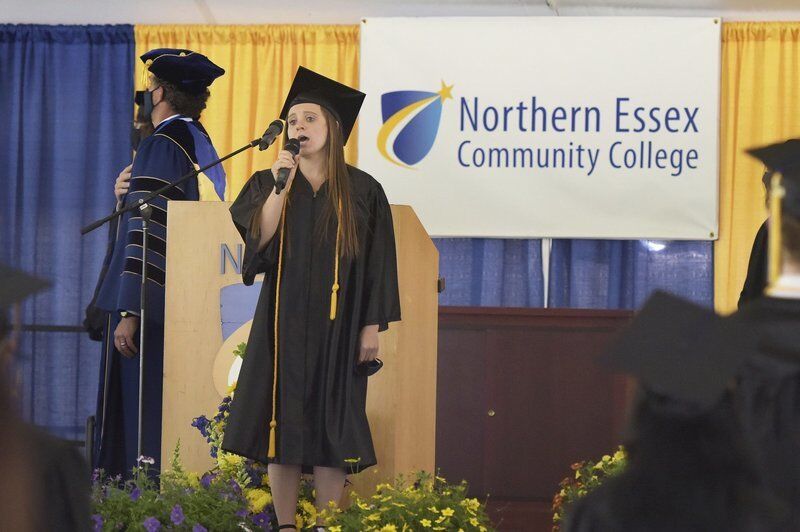 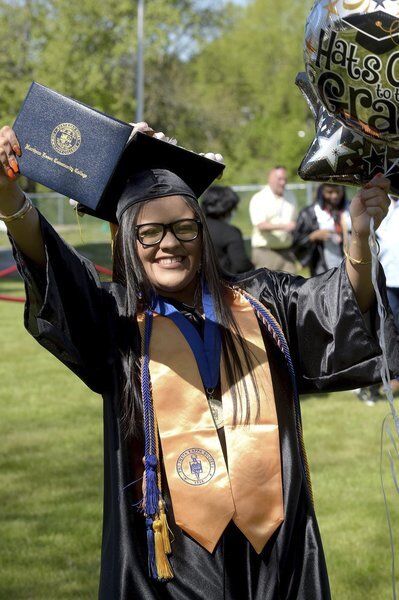 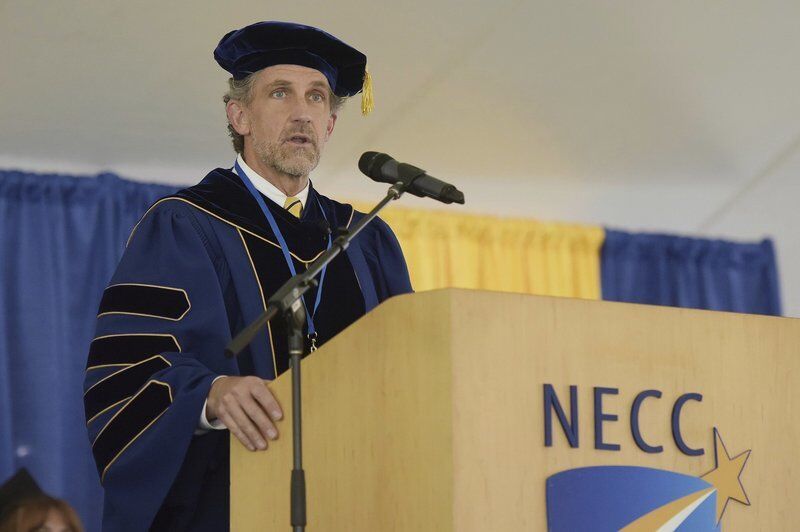 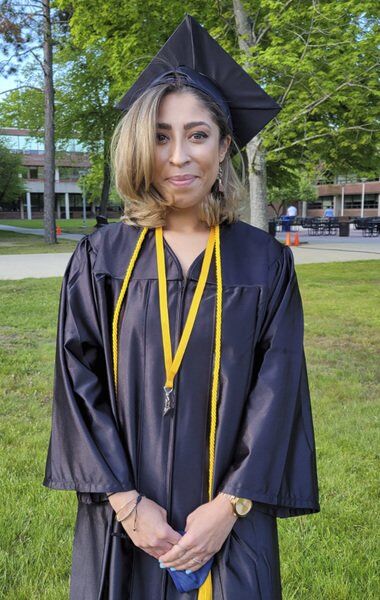 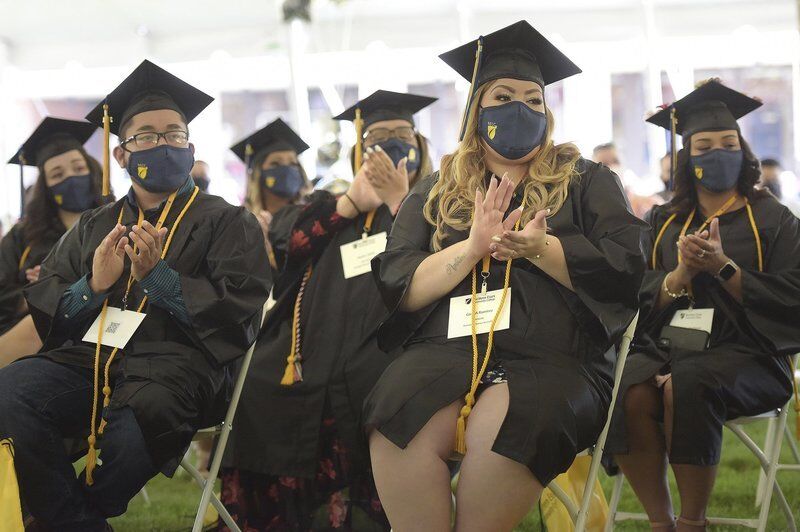 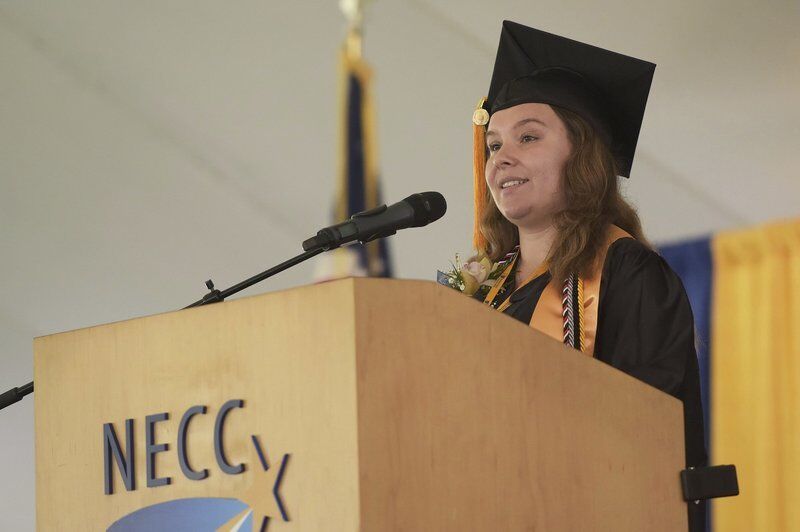 TIM JEAN/Staff photosWinifer De Leon, left, of Lawrence, and Tiary Gonzalez, of Haverhill, are all smile after graduating from Northern Essex Community College.

It was a stark reversal from last year, when, because of COVID-19 concerns, graduates were asked to drop by the Haverhill campus to receive celebration boxes containing their diplomas and gifts. Those who could not make it were invited to a similar event held later at the college’s Lawrence campus.

Members of the Class of 2020 were invited to participate in this year’s ceremonies as well.

Among this year’s graduates was Yashana Rivera, a bilingual nursing graduate from Lawrence, who hopes to address health inequities, especially among people of color.

In the nursing program since 2019, Rivera works part time as a medical assistant providing rapid COVID-19 testing and has also volunteered with the Movement Family, an organization that helps homeless people by delivering meals and COVID-19 care packages. She recently began administering vaccines in Lawrence as a volunteer.

Rivera was recognized as one of the top 2021 graduates in the state when she received the “29 Who Shine” award from the state Department of Higher Education. Only one graduate per public college and university is awarded this recognition, officials said.

Rivera’s roots in the city of Lawrence go back to her grandparents, Rosa and Luis, who emigrated from Puerto Rico in 1981, and now have a family that includes 19 grand and great-grandchildren.

“Becoming a nurse is a lifelong dream,” Rivera said. “There aren’t many Latinx or bilingual nurses, and it’s very important to me to work in my community.”

After passing her nursing boards, Rivera plans to continue her education in an accelerated master’s program with the ultimate goal of becoming a family nurse practitioner serving the Lawrence community.

As virus restriction ease, the college held five socially-distanced ceremonies on Saturday, organized by academic area. The first to cross the stage at 9 a.m. were business and accounting graduates, who set the stage, so to speak, for the rest of the day.

They were followed by professional studies graduates at 11 a.m., liberal arts at 1 p.m., STEM at 3 p.m., and concluding with health professions at 5 p.m.

In each graduate’s gift bag was a foam hand with a long index finger which they put on before stepping onto the stage. NECC President Lane Glenn wore one too and “high fived” graduates to avoid hand-to-hand touching.

Glenn told each group of graduates that earning a certificate or degree is always something to celebrate, but even more so this year and last year as there were so many obstacles placed in their way as a result of COVID-19, including what he said is a devastated economy and a “reckoning with our nation’s history of racism and social injustice.”

“You faced added stress as frontline workers, adjusted to online learning, managed young children who were now at home, experienced financial challenges, perhaps lost loved ones, and coped with social isolation and anxiety,” he said. “The good news is that the classes of 2020 and 2021 have demonstrated grit. You’ve been through the fire, and you know how it feels. You’ve been tested, and you’ve not only survived, you’ve thrived.”

Five groups of graduates meant five student speakers, including Shanna Guy, a business transfer major from Newburyport who spoke to the business and accounting group. She said her first try at college, which happened after she graduated from Amesbury High School in 2011, didn’t turn out very well.

“I was juggling two jobs and decided to stay local,” she said about taking classes at NECC that she never completed.

“When I turned 25 I decided to start off slowly by taking one class at a time,” she said. “My journey at NECC has taught me that with perseverance and determination, you really can achieve anything.”

“We made it through one of the hardest years in history,” said Berard.

Among this year’s graduates were 35 military veterans, including Jonathan Elwell, 36, of Haverhill, who majored in American Sign Language.

“I wanted to show my kids that you can do anything, no matter how old you are,” he said.