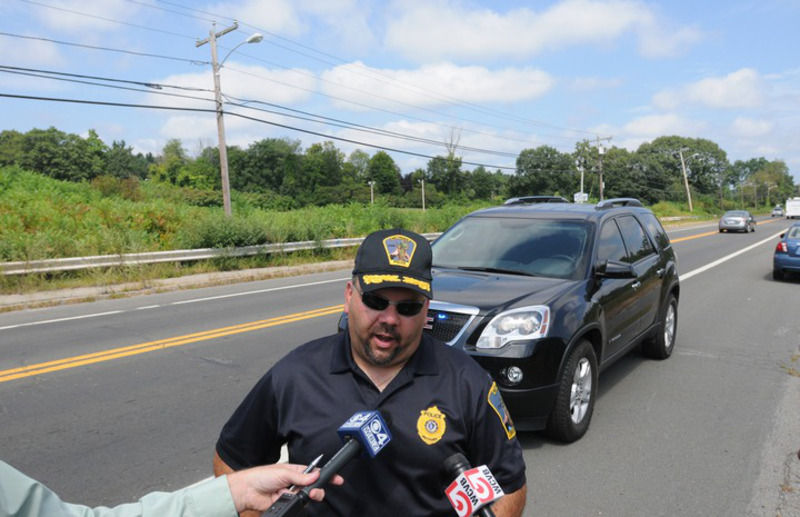 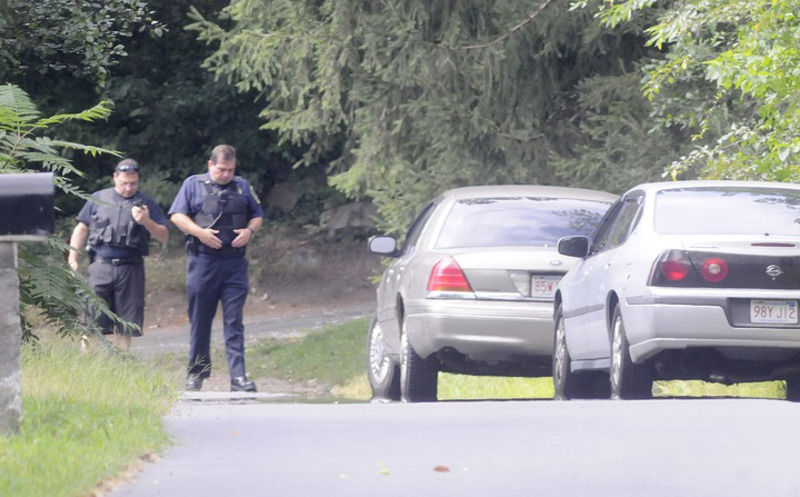 Methuen police ready themselves at the scene of a standoff, which ended peacefully at 709 Lowell St. in Methuen yesterday.

Methuen police ready themselves at the scene of a standoff, which ended peacefully at 709 Lowell St. in Methuen yesterday.

METHUEN — Police defused a standoff yesterday morning with a man on Lowell Street who told a relative he would shoot the next person to come to his house.

The man, whom police said was in his 70s and was armed, surrendered without incident on his own after an hour and a half standoff with police at 709 Lowell St. No one was injured, and the man was transported to Holy Family Hospital for psychiatric treatment.

That section of Lowell Street, near the Riverside Assembly of God church, was blocked off for part of the morning.

Police Capt. Randy Haggar said the relative called police at about 9:55 a.m. yesterday reporting that the man was distraught. “He made statements that the first person to come to the house, he would shoot,” Haggar said afterward.

Police determined the man had a .45 caliber hand gun and a shotgun, Haggar said, and attempted to make contact with him when they arrived. When the man did not respond, police secured the area.

Just before 11:30 a.m., the man responded to police and surrendered unarmed on his own. He was evaluated on scene by Methuen Fire Department medical responders and transported to Holy Family.

A SWAT unit with Northeast Massachusetts Law Enforcement Council, a regional police cooperative, was called in, but was canceled before it arrived.

Police Chief Joseph Solomon said the two weapons were secured and turned over to a licensed family member.

Robert Desharnais, an employee with Baldwin Crane and Rigging Equipment, was working with three others on a roof repair job at the Riverside Assembly of God church on Lowell Boulevard yesterday morning. He left to get shingles for the job, and when he returned, a police officer with a shotgun blocked the turn onto Lowell Street near the church.

He said he saw from the road several police officers with assault rifles on church property walk along a tree line and then disappear into the trees. He also saw his coworkers still on top of the church.

“I called my boss and told them to get the hell off the roof,” he said.

Desharnais parked on state land across the street to wait for the situation to play out.