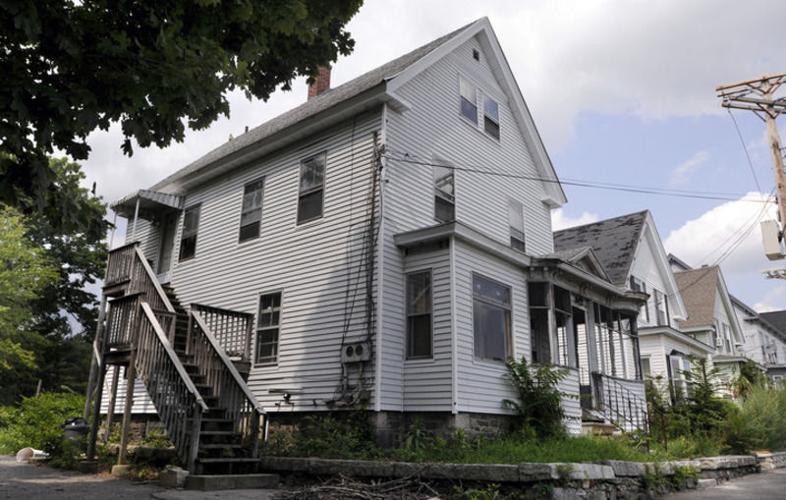 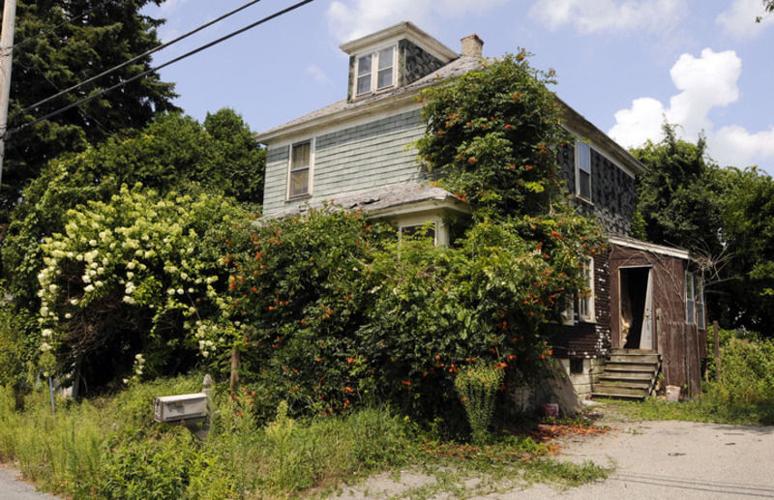 The city of Methuen is trying to get approval in Land Court to demolish this home at 48 Meriline Ave.

The city of Methuen is trying to get approval in Land Court to demolish this home at 48 Meriline Ave.

City councilors said these two properties are the latest examples of newly aggressive action on a list of dozens of properties as part of an effort to clean up abandoned properties. The city could also consider stricter code enforcement and fining as a way to prevent buildings from falling into disrepair.

“We have about 80 target properties we’re hitting right now,” said Councilor Sean Fountain. “Out of those 80, we’re trying to weed down 10 at a time to focus on.”

Two properties in particular, one on Gleason Street and the other on Meriline Avenue, have drawn the task force’s interest recently. Those would have to be declared unfit for human habitation and closed by the Health Department or deemed unsafe by building inspectors before a demolition can take place, according to state law. Each avenue requires different waiting periods to give the owners time to make improvements or take down the structures themselves.

Neighbors said the properties are at best an eyesore and at worst a safety hazard. “That one is really scary to me because it’s dilapidated,” said Bev Maxwell, a Meriline Avenue resident who has lived there for 12 years. She said the property has been vacant for about a year, but it has been deteriorating for a decade. It never bothered her much until her grandson recently rode his bike in the abandoned house’s driveway and later asked her if he could go inside.

”I’m thinking about calling the town,” she said.

Across town, Reina Morales said the vacant house at the end of Gleason Street has been empty and in poor condition for the three years she has lived there. The police have had to clear people out, though she thought they were homeless. While it is in bad shape, the house has not been a problem, she said.

“There are no wild parties or anything like that,” she said.

The process is still in the early stages for those properties, and it could take months or even more than a year before a demolition could even happen, according to state law. If either property is in the middle of a probate, bankruptcy or other civil issue, city action could wait until those suits are resolved. Or, in the best case scenario, the owners may respond to the city and board up or fix up the buildings.

Fountain is a member of the Building Safety Task Force, a group that includes community development Director William Buckley and code enforcement Officer Heidi Conlon. The task force will meet next on Tuesday.

Buckley and Fountain said the task force was recently revamped, now meeting twice a month instead of once and bringing in other city departments. At the same time, any property that is vacant must be registered as such with the city, Buckley said, so the city can keep an eye on them. The spike in foreclosures since the financial crisis has also led to a subsequent jump in vacant properties that fall into disrepair.

“It’s the abandoned properties that are creating the biggest problems for us,” he said.

One significant problem with abandoned foreclosed properties is they often are owned by large national or international banks that do not respond to municipal letters and phone calls about the conditions of the properties.

Pressure from the city helped get two other properties, on Morgan Drive and on Riverside Drive, cleaned up. Councilor Thomas Cuilla directed the task force to work on the Morgan Drive property in January, and it was cleaned up a few months later.

Cuilla said he wanted to upgrade the city’s code enforcement and fining system because he believes finding and contacting the owners of properties will prevent further degradation and possibly the need to move forward with something like demolition.

“If we can send a $300 fine to owner, you try to get a response from them before so you don’t go down that road,” he said.

Fountain said he intended to propose an ordinance that would allow the City Council to declare a property a nuisance, which would be “another tool for compliance” in lining up justification for a demolition.

Under state law, there are three ways, each of which can be lengthy, that a municipality can demolish a structure on private property.

Or, the City Council could, after giving written notice to the owner, could dub the property dangerous or a nuisance and order it demolished.

The owner would be responsible for the cost of demolition, and any unpaid balance can be cause to put a lien on the title. Appeals and attempts to stay a demolition are heard through Superior Court. In all three cases, the city can ask for a judge’s permission or an order to demolish a building.