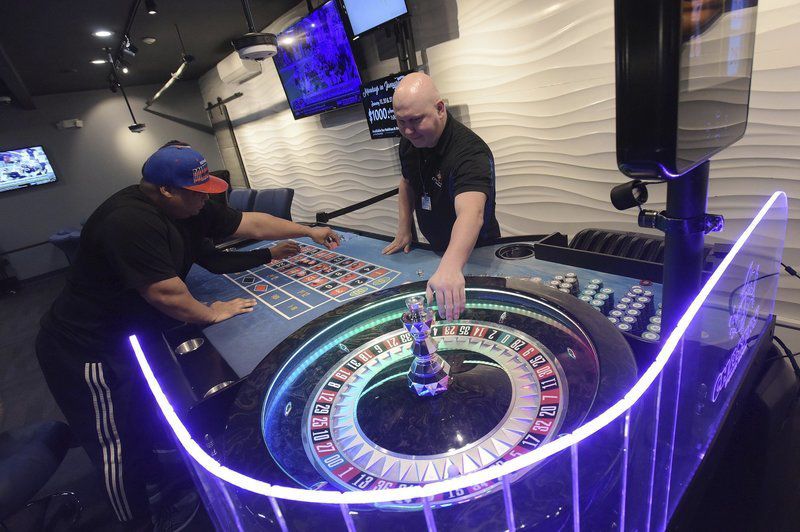 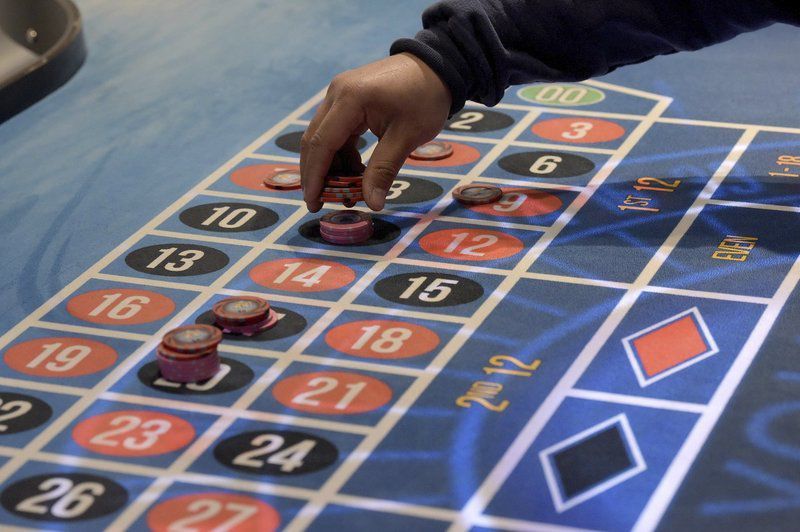 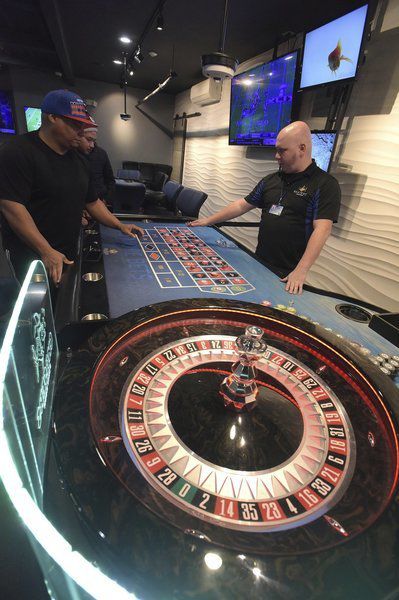 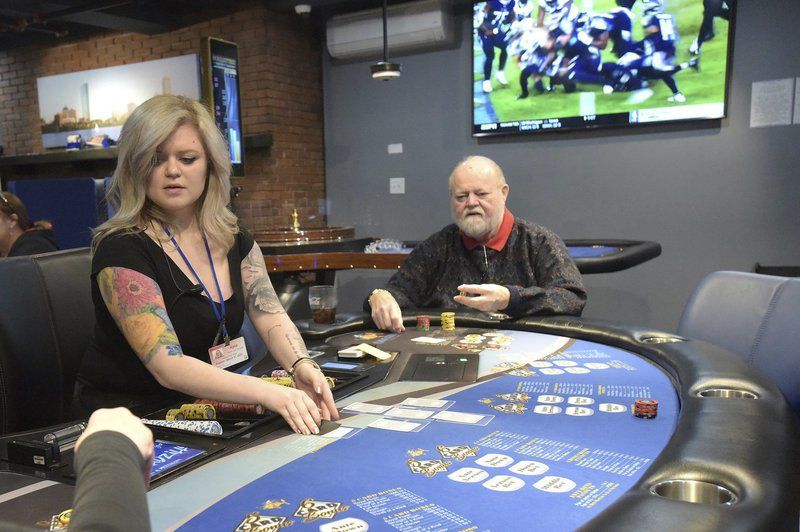 TIM JEAN/Staff photo. Manager Kylie Withrow deals cards at one of the poker tables. Chasers' is hopeful Salem voters will allow a physical sports betting location within town during its town meeting.

TIM JEAN/Staff photo. Manager Kylie Withrow deals cards at one of the poker tables. Chasers' is hopeful Salem voters will allow a physical sports betting location within town during its town meeting.

Editor's note: This story has been updated to correct information.

Salem, Derry, Pelham and Plaistow are looking to get in on the new potential business to bring to town. Each town is putting it on their Town Meeting ballot in March.

Lisa Withrow, owner of Chasers’ Poker Room and Casino in Salem is hoping to be one of the business owners partnering with the state and Boston-based fantasy sports and betting company DraftKings to have a physical location. As a business owner and resident, she circulated the petition to get sports betting on Salem’s ballot.

Withrow opened Chasers’ with her husband in October 2017. They employ about 90 people, and the parking lot is generally packed with New Hampshire and Massachusetts license plates every day.

The charity poker room is a “thriving business” that donates 35% of gross revenue to local charities, another 10% goes to the state lottery, she explained. Last year Chasers' gave nearly $3 million to charities, Withrow said.

No proceeds from a partnership with DraftKings would go directly to the charities, nor would any proceeds go to the municipality. However, creating a physical sports book location adds a new service for customers.

Customers at physical sports book locations would be able to place bets on games without using the DraftKings application that is tied to a mobile device. Currently, sports betting is restricted to the state because of the use of geolocation in the application.

“Adding sports betting will keep the room more vibrant and add to the competitive atmosphere,” Withrow said. “We want to offer everything we can. In theory, they will play some (table) games while they are watching their sports games they bet on.”

When Encore opened its casino about 30 miles south of town in Everett, Massachusetts, in June 2019 Chasers’ felt “a pinch” since her poker room is the closest competition, Withrow said. Bringing sports betting to Chasers’ room would give Salem just another advantage, she said.

“This can make Salem a more competitive destination, and Salem should take every chance to support businesses and people in town,” Withrow said, adding 95% of the charities that Chasers' works with are Salem-based or serve Salem.

State Rep. Everett McBride, R-Salem, agrees with Withrow. He reiterated voting to allow a physical sports book location does not guarantee municipalities will be allowed to host a spot. Between four and 10 locations will be permitted in the state, according to the New Hampshire Lottery.

“People are doing it already, it doesn’t make sense to not benefit from it,” McBride said.

Salem, with its location on Interstate 93 is the prime place to open sports book location, he said, hoping that some business in town will benefit from offering the service.

Sports betting was legalized in New Hampshire last summer after a 2018 Supreme Court ruling paved the way for states to allow the practice.

DraftKings’ allows people to place wagers on a variety of outcomes in sports, ranging from what team scores the first point to what the final score of a game will be to who will win the Super Bowl.

According to the contract, the New Hampshire Lottery receives 50% of gaming revenue from sports betting sales, which benefits education funding.

Bets can currently be placed from anywhere in the state over the internet and later this spring the state expects to license physical locations.

There will be at least four physical sports betting locations, according to the contract. There could be up to 10 spots.

“We are working directly with DraftKings to identify potential locations for physical sports books,” said New Hampshire Lottery spokeswoman Maura McCann. “Our collective goal is to pinpoint locations that will generate the most revenue, ultimately maximizing net profit for the benefit of education here in New Hampshire.”

State officials are optimistic because of the early revenues.

“Early returns show that sports betting was absolutely the right bet for New Hampshire to make,” said Gov. Chris Sununu in a statement after the first week of betting. “With over $3.44 million already wagered here in the Granite State, and with revenues benefitting our state’s education system, this is already proving to be a big win. The demand is there and New Hampshire is happy to serve as the region’s go-to destination for sports betting.”

“Our expectation, pending local permitting, is that the first sports book locations will be up and running by spring,” McCann said. “These locations could be brand new locations, although it is probably more likely that locations will be co-located within an existing establishment.”

With many municipalities allowing sports betting, each is trying to showcase why it’s the best location.

In Plaistow, the board of selectmen held a public hearing on sports betting on Jan. 13. Two out of three selectmen present at the meeting voted to include a warrant article asking residents to vote for or against bringing a physical sports betting location in the town.

Selectman Greg Taillon voted against the warrant article, citing concerns about bringing another form of addiction to Plaistow.

In Derry, town councilors decided to send a letter to the governor to voice support for bringing sports betting to the town.

Salem is betting on its location being the attractive factor.

Reporters Julie Huss and Erin Nolan contributed to this report.

This story was updated to correct information about the opening of Chasers. It opened in 2017.