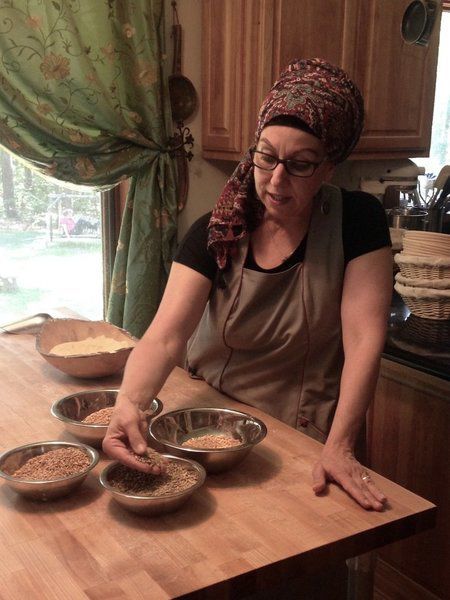 JULIE HUSS/Staff photoCheryl Holbert of Derry shows off some grains in her home during a baking class. Holbert owns Nomad Bakery and is a home-based cottage baker who put her talents in the spotlight during a recent event in Paris. 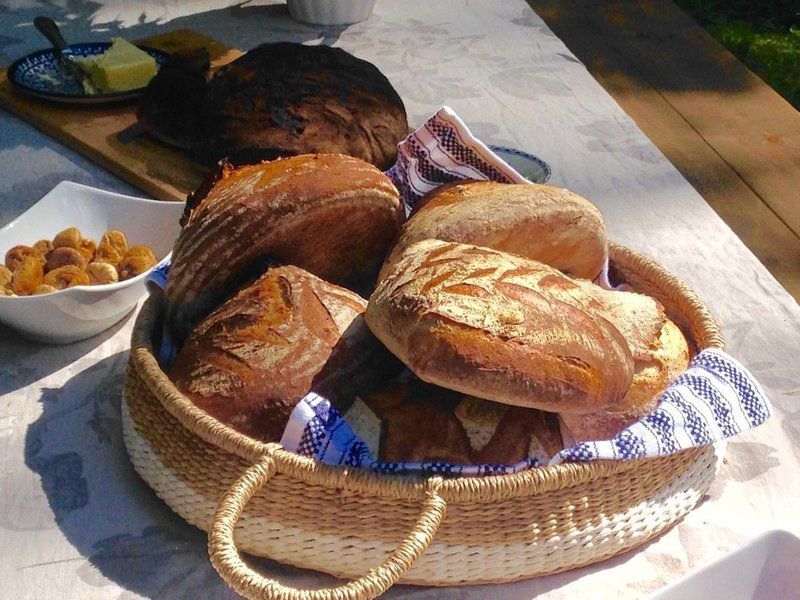 JULIE HUSS/Staff photoCheryl Holbert of Derry shows off some grains in her home during a baking class. Holbert owns Nomad Bakery and is a home-based cottage baker who put her talents in the spotlight during a recent event in Paris.

DERRY — Bread is often considered a daily staple for many and for Derry baker Cheryl Holbert, it's a way of life.

Holbert owns and operates her home-based Nomad Bakery LLC, creating loaves of fresh bread made with love while honoring her own family upbringing and traditions that are blended and varied.

And now Holbert's talents are in the spotlight this week in Paris as she participates in the Fete du Pain baking competition.

The United States sent a team of bakers to participate in the baking event — an annual 12-day bread festival in France that celebrates bread and honors the French patron saint of bakers, St. Honoré. The festival takes place in front of the Notre-Dame Cathedral.

Holbert earned this chance of a baking lifetime after a former instructor and champion baker Jeffrey Hamelman, a former bakery director at King Arthur Flour, put out a call for experienced bakers who might be interested in attending the Paris festival. Holbert will be part of an American team of 24 bakers who will take on the competition according to a theme and will bake in full view of passing visitors that could number in the hundreds of thousands throughout the festival.

During the festival, Holbert and the team will be working on baking baguettes and she will also put her popular challah-style bread in the spotlight. Bakers will be judged on their breads and awards will be given when the festival ends.

"I'm getting known for my challah," she said. "It's the cornerstone of my baking."

Holbert's creative breads, often woven with intricate designs and artistic flair, have become regular features at the Grind Rail Trail Cafe in downtown Derry and at the A Market in Manchester. She will also sell hundreds of loaves of bread at this year's Derry Homegrown Farm and Artisan Market beginning Wednesday, June 6.

She said baking bread is a lifeline, a way to join people over a simple loaf that often has much tradition and culture baked in.

Holbert grew up in New Jersey, born into a strong family representing many cultures, including eastern European and Persian influences.

She was deeply interested in those cultural traditions and used food and bread to learn about her heritage while helping join family and friends around a table.

Holbert's grandmother was an expert baker, she said, making sure meals had enough bread to join the family together around a table.

"I recall a sense of familiarity and belonging," Holbert said. "The bread my grandmother made, it was how we were going to gather. Bread was like family to me, part of my religious and spiritual traditions, sacred to me."

Holbert eventually became a "cottage" or home baker, calling her enterprise Nomad Bakery after people began to tell her to sell her breads.

That's what Holbert says she strives for — teaching people about the wonderful world of bread, teaching the technique, but also sharing in the final product around a large table where good taste and talk are key.

"I'm connected to bread and life," she said.

For Holbert, it's not just bread, not just a bakery, but a life experience that she hopes to share with people as they gather around their own tables. She also has a cookbook in the works and may someday open her own storefront bakery in town.

Having the opportunity to participate in Paris to show off her baking talents is icing on her cake.

"At the end of the day, it's about making daily bread for your neighbor," Holbert said. "Being in your community, doing that, it's what it's about.