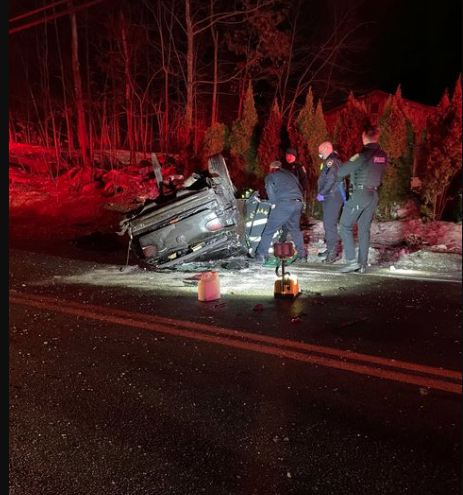 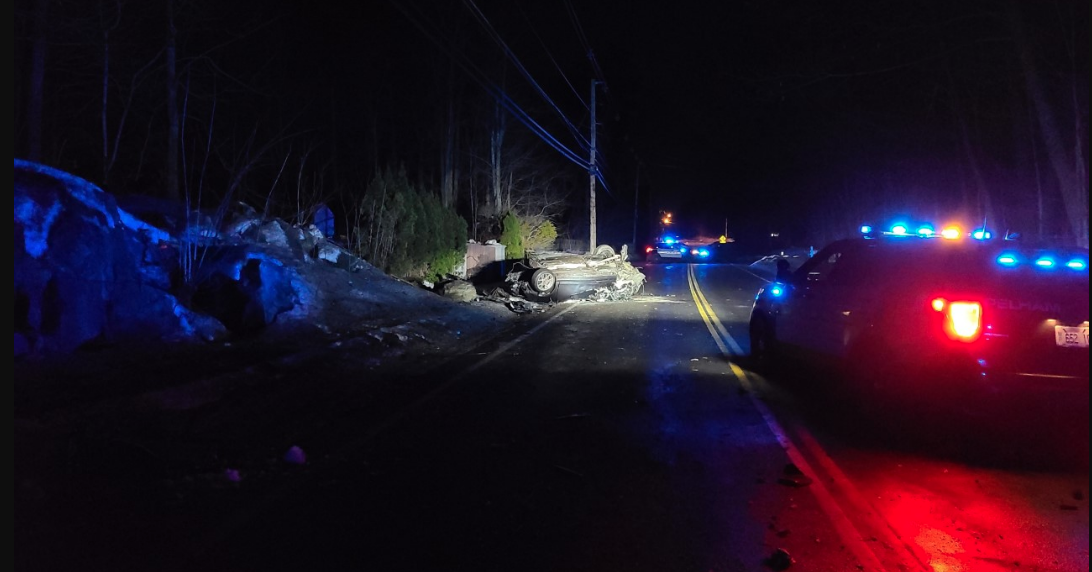 Bridge Street was shut down for two and a half hours as officers responded to a serious rollover crash.

Bridge Street was shut down for two and a half hours as officers responded to a serious rollover crash.

PELHAM – A Manchester, N.H., man was badly injured and his dog killed in a rollover crash early Wednesday in Pelham, according to police.

Police said they responded to Bridge Street, north of the intersection of Old Gage Road, at 12:08 a.m. for a reported single-car crash.

Investigators determined that the car was headed south when it crossed to the wrong side of the road, left the pavement and traveled about 118 feet before hitting a rock ledge and a tree.

The car traveled another 110 feet after the impact before coming to rest on its roof, police said.

The driver, David Voight, 30, was ejected and found conscious by police in the snow a short distance away, according to police. He was flown to Lahey Hospital in Burlington, Mass.

Members of the Salem Fire Department brought a dog that was inside the car to the Rockingham Emergency Veterinary Hospital in Windham, where it died from its injuries.

Police said the area of Bridge Street was shut down for about two and a half hours during the initial response.

The crash remains under investigation, and anyone with information is asked to contact Officer Michael Simes at 603-635-2411.