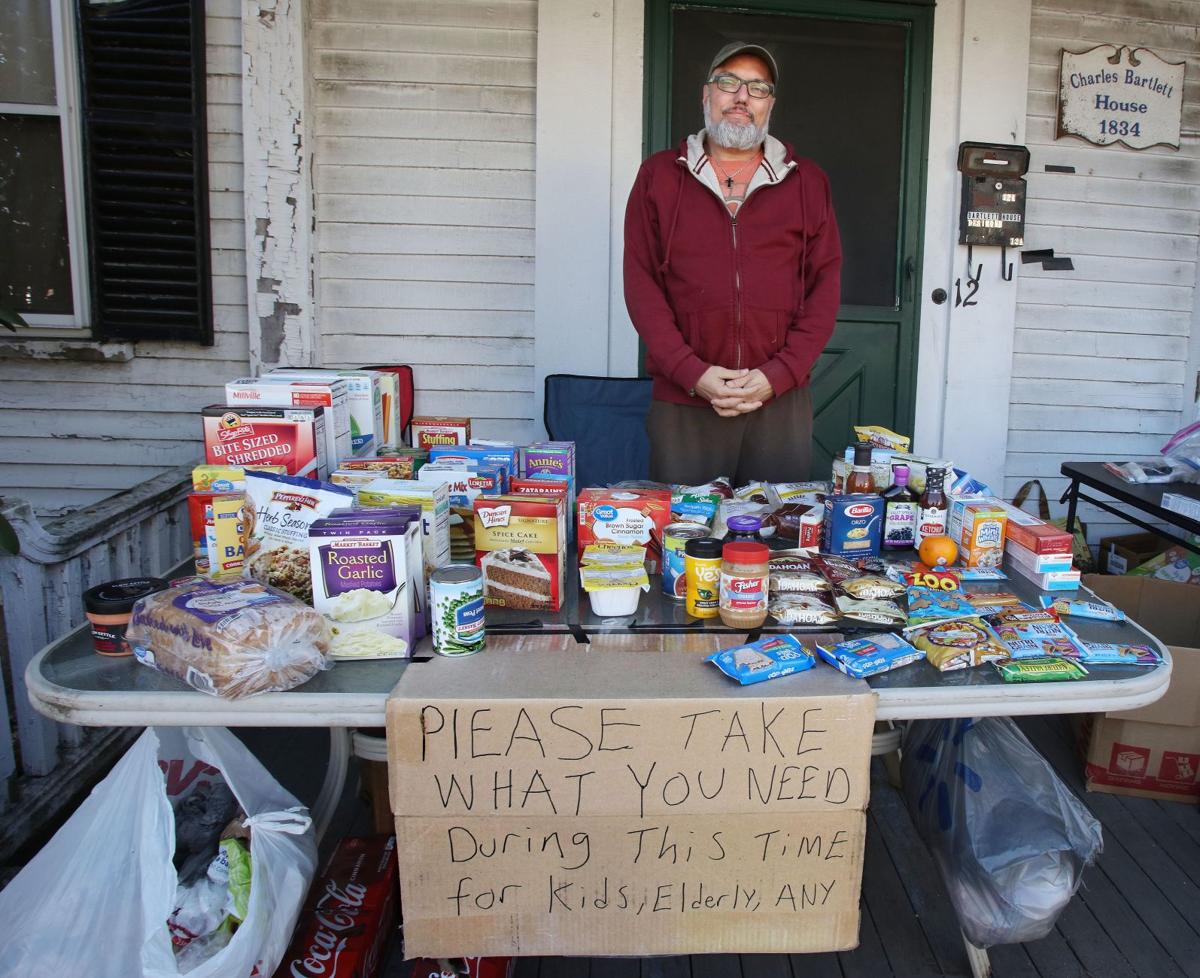 Brian DeSimone with some of the free food items on offer in front of his home at 12 N. Main St. in Derry. 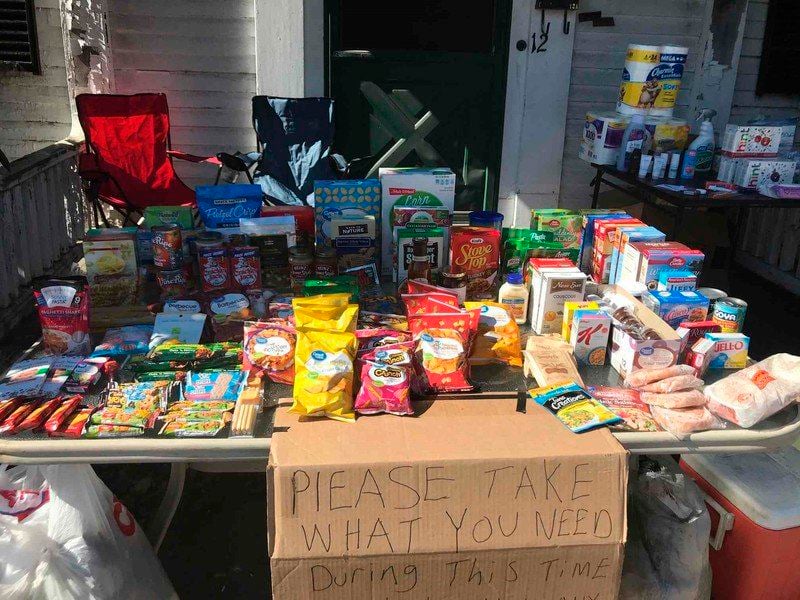 Brian DeSimone with some of the free food items on offer in front of his home at 12 N. Main St. in Derry.

DERRY — Brian DeSimone wanted to help. So he started locally, raiding his own food pantry.

“Please take what you need,” he wrote on a sign posted atop a card table outside his Derry home Saturday.

He offered free food, toilet paper and whatever else he could from his family’s stock.

Some took what they needed. And many others took note.

“My little card table turned into a 6-foot table. And then it turned into two tables,” he said. “And now it's four tables.”

But these are desperate times. And four days later, DeSimone says he was visited by four men who said the charitable effort was “crippling their ability to make money during this time.”

He said the individuals, who he didn’t know, threatened legal action if he didn’t shut down the operation.

The interchange went no further, except that DeSimone made a Facebook post that he’d no longer be able to keep the make-shift food pantry on his property.

No matter. Local businesses have parking lots to offer.

Less than 24 hours after the ominous visit, DeSimone made arrangements to continue running the pantry in the parking lot of Revived Furniture on Island Pond Road in Derry.

“I think everybody is scared right now," DeSimone said. "It's a tough time.”