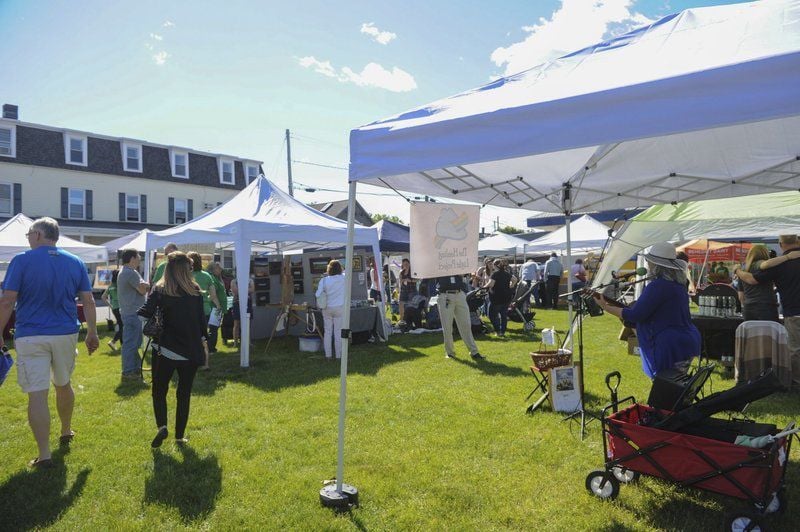 The season kicked off Wednesday for the new Homegrown Farm and Artisan Market in Derry.AMANDA SABGA/Staff photo 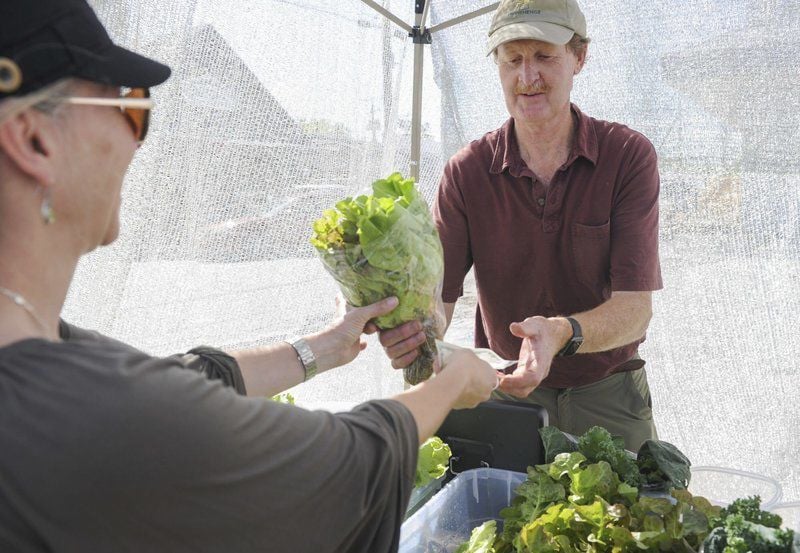 The season kicked off Wednesday for the new Homegrown Farm and Artisan Market in Derry.AMANDA SABGA/Staff photo

DERRY — The downtown’s new farmers market is open for business.

The weekly market runs for 16 weeks on Wednesdays through Sept. 20 and is open from 3 to 7 p.m.

The market is under the watchful eye of a new team of organizers and supporters all wanting to give a boost to the downtown while offering local products, homegrown produce, artisan demonstrations and many vendors selling their unique goods and products.

The town has been without a downtown market for several years and organizers of the new market hope this effort will support not only the vendors attending, but also the downtown businesses.

“This is a great example of community spirit in Derry,” market organizer and Town Councilor Neil Wetherbee said prior to opening day. “This is something we believe we wanted to do and we wanted to make it happen.”

The weekly market will also feature local entertainment, including musicians, singers and other artists showing off their talents as the season moves forward.

Wetherbee said the market opened at vendor capacity, and others interested in participating are on a waiting list.

He added that the new market will also be open longer on Wednesday nights, offering sales until 7. A survey taken while planning the market noted many people requested longer hours.

“We wanted to have something for everybody and I think we’ve accomplished that,” Wetherbee said. “I think people will like what they see down there.”

Another market feature is a special community booth area that will put local organizations in the spotlight. Derry’s history museum was featured on opening day.

Market volunteer John Potucek said he helped with local markets in past years and wanted to pitch in again for the new market.

“And it’s great for the downtown,” he said, noting that local businesses and restaurants are located nearby for people to enjoy after the market closes.

Town Council Chairman Joshua Bourdon said the new market will be a draw to the downtown.

“It’s a great opportunity to support local vendors but make a night of it,” he said.

Information on the Derry Homegrown Farm and Artisan Market is available at the market’s page on Facebook or at derryhomegrown.org.

San Antonio - Peter Michael Jones, aged 70, of San Antonio, FL, passed away on July 4. He was born in Cambridge, MA. He was the son of the late Peter M. Jones and Teresa (Hart) Jones. Peter graduated from Rindge Technical High School in Cambridge, MA. While attending Voc Tech College, he was…