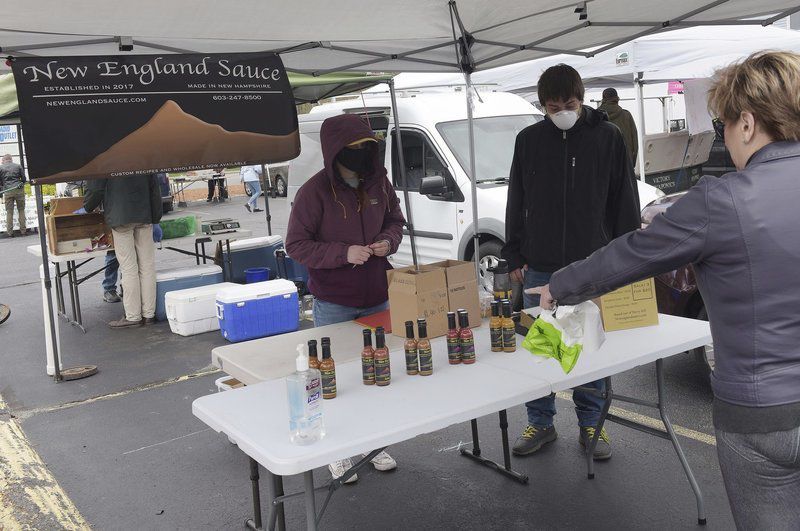 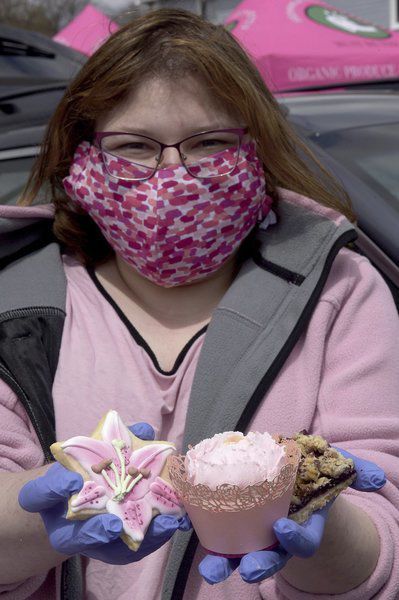 Carly Fein, owner and designer of Carly’s Custom Cakes, shows off her cookies and cupcakes at the market. 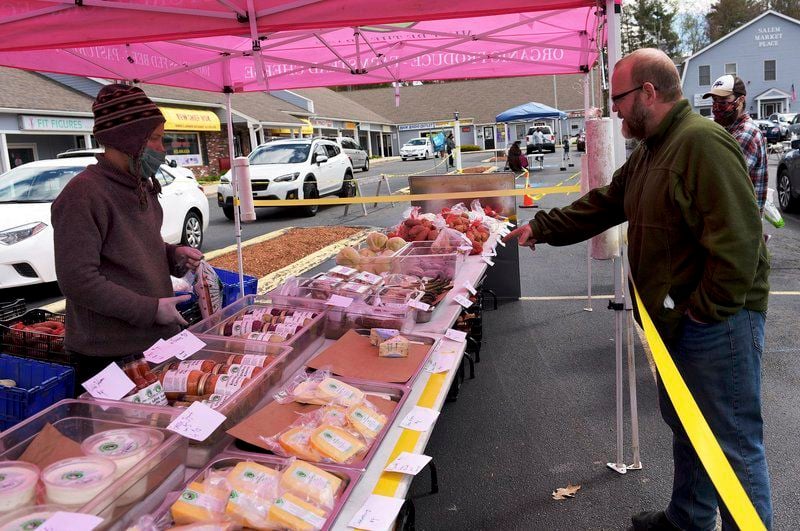 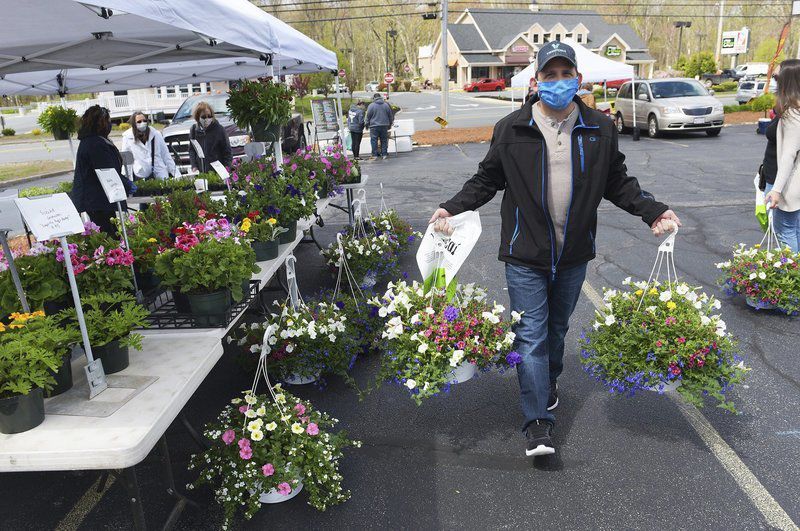 TIM JEAN/Staff photosIan Galloway of Salem, New Hampshire, carries two flowering baskets he purchased from Pleasant Valley Gardens of Methuen while at the Salem NH Farmers Market. The year-round market on North Broadway is open fewer hours, 10 a.m. to noon on Sundays, because of the coronavirus pandemic. 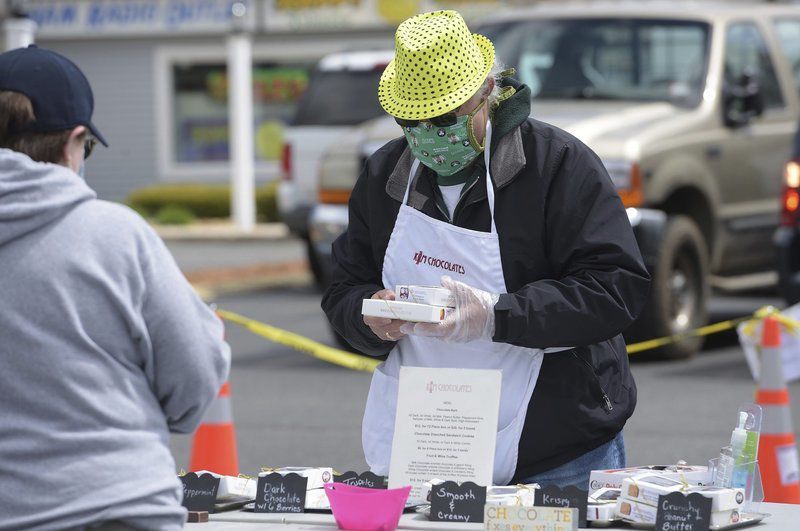 Carly Fein, owner and designer of Carly’s Custom Cakes, shows off her cookies and cupcakes at the market.

TIM JEAN/Staff photosIan Galloway of Salem, New Hampshire, carries two flowering baskets he purchased from Pleasant Valley Gardens of Methuen while at the Salem NH Farmers Market. The year-round market on North Broadway is open fewer hours, 10 a.m. to noon on Sundays, because of the coronavirus pandemic.

SALEM, N.H. — Rebecca Crovello, 45, wasn’t ashamed to be without a face mask Sunday at the Salem NH Farmers Market.

“People need to get back to living,” Crovello said. “You’ve got to stop living in fear.”

Crovello goes to a farmers market about once a week to purchase fresh food, raw milk and raw meat for her dogs.

She’s pleased the Salem farmers market has managed to stay open throughout the pandemic, although she wishes the state would reopen the rest of the economy as well.

Bonnie Wright, president of the nonprofit market, said adapting to the pandemic has been no easy feat.

“It’s been a challenge,” Wright said. “We’ve had to adapt. We were operating out of the Fisk School and we became nervous when the school closed and then we moved out to the parking lot of the school, then we shifted over to Salem Market Place.”

She said it was 37 degrees the first Sunday the market was held outside, which was about March 15. But even though the market had to cut its hours, being outside has some advantages.

“When you go to shop at a farmers market, you are outside, not in, so there is less risk of being exposed. The product you cannot touch,” she said. “In a grocery store, you don’t know who touched the produce or sneezed on it.”

Manager Erica Dole said the market has managed to stay open because they have “figured out a way to do it safely.”

“All these farmers, this is their income every week,” Dole said. “All their other markets closed, so they wouldn’t have an income otherwise.”

She added that those in the agricultural industry are essential businesses that were not supposed to shut down during the pandemic — although some have — but the Salem farmers market’s ability to adapt has kept the organization up to code with the health inspector.

“Everyone is now 6 feet apart. The market is now expanded, usually we are all close together, all the waiting spaces are 6 feet apart,” Dole said. “We did the square footage. One hundred people can fit into this size market at a time and we are keeping count.”

The farmers have adapted, too. For instance, Brookford Farm’s booth had a special line for those who preordered to cut down on the time people spent at the market.

“We hope people will come in and not stand around and talk, normally that is something that we encourage, but right now we hope that people don’t stay too long,” Wright said.

Some agricultural-based businesses with booths at the market are thriving.

LuAnne Bonanno of Pleasant Valley Gardens in Methuen said her business — which was selling potted plants and vegetables at the market Sunday —has been busier than ever during the pandemic because those in quarantine become more domestic.

“We have been incredibly busy, busier than we have ever been actually,” she said. “I think people are more concerned about their yards, they are in their yards, they want their yards to look pretty. They are going to want vegetable gardens, things like that. I also know several people have come by to support us because we are a local family business.”

The farmers market is open every Sunday from 10 a.m. until noon.