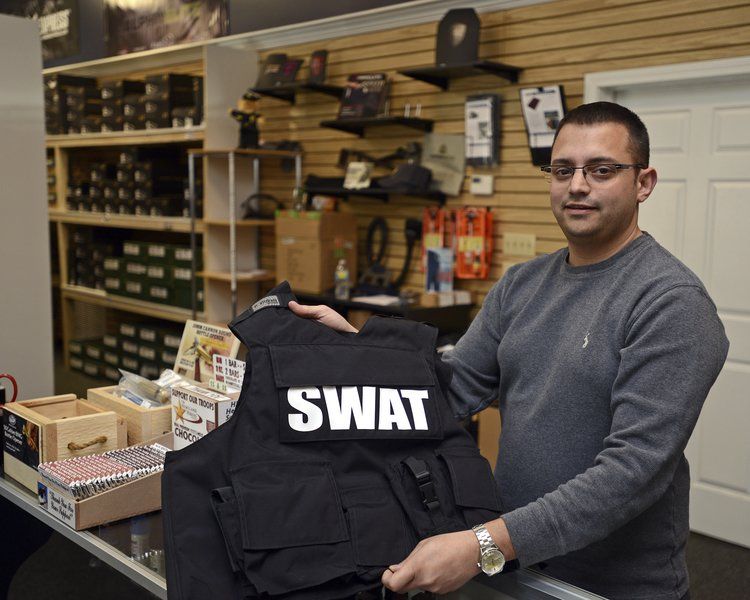 RYAN HUTTON/Staff photoRaymond Bellia, owner of Body Armor Outlet in Salem, shows off a SWAT vest at the counter of his shop. He is being honored as New Hampshire's Young Entrepreneur of the Year. 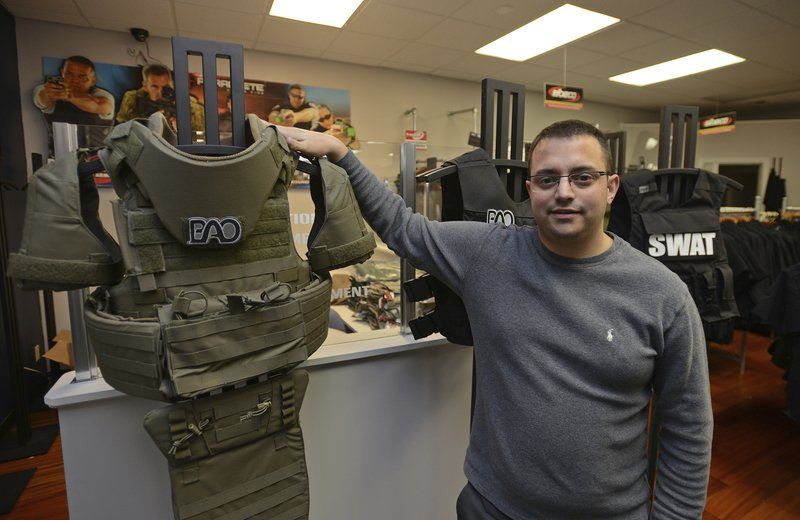 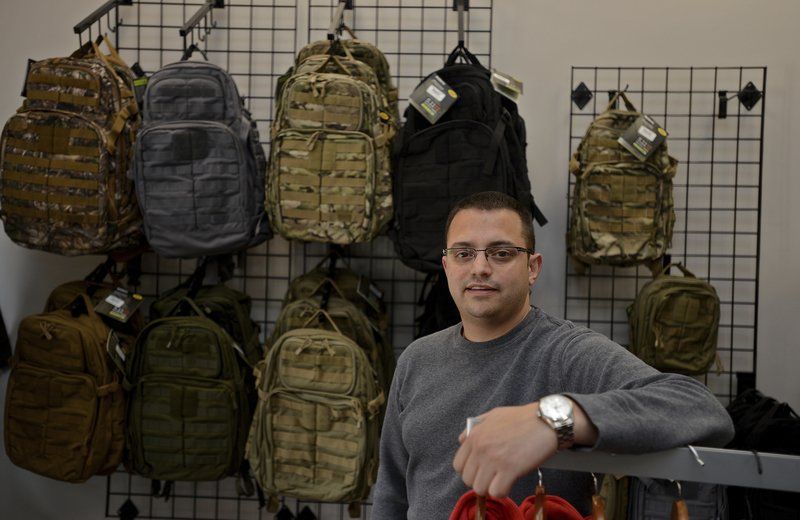 RYAN HUTTON/Staff photoRaymond Bellia, owner of Body Armor Outlet in Salem, shows off a SWAT vest at the counter of his shop. He is being honored as New Hampshire's Young Entrepreneur of the Year.

Now, he's been named New Hampshire's 2015 Young Entrepreneur of the Year by the U.S. Small Business Administration and the New Hampshire Bankers Association.

Nominees for the award must be under the age of 35 and have demonstrated success for at least three years, said Hugh Curley, SBA's economic development specialist.

"He is so young and has 27 people working for him between two companies," he said. "That was a big one when deciding on the winner."

With family ties and a love for the area, Bellia returned to Salem and started opening businesses.

It all started with an unusual gift — a used bulletproof vest from a police officer.

Bellia decided to sell it online and soon realized that he had uncovered an untapped market.

Since then, uniform and safety equipment sales have boomed.

"We're currently handling all of New England and serving police departments on a national level," Bellia said. "Most recently, over the past six months, we've started providing to the fire community as well."

"The Northeast is our prime market and, in the next 24 months, we're looking to put a store in upstate New York," Bellia said.

In 2009, Bellia started Emerson and Douglas Associates LLC, which helps people deal with credit card debt. Bellia's employees structure budgets and educate customers on how to stay out of debt. They also deal directly with credit card companies.

"After college, I worked at a collection agency," he said, "so I had an idea of what the business was like and I didn't like how people were treated by these agencies."

Emerson and Douglas Associates serves customers in 30 states, but New Hampshire is not one of them.

"We have never had customers here in New Hampshire, but we just applied for licensing here," Bellia said. "We realized that it's worth working at a lower rate of pay to help people here in our own community."

"His efforts are directed toward things that make you feel safer," said Greta Johansson, district director for the SBA. "They make you feel more financially secure, too, and that has always been an area that he has tackled successfully."

The creative process behind building a business is what Bellia thrives on, he said.

"It's a hobby, but it's also my job. I like working on my businesses and if I could open up a dozen more, I would," he said. "It's the creative side of me that gets to come out during that process."

Bellia will be recognized, along with several other standout entrepreneurs, at the annual New Hampshire SBA Awards on May 28.