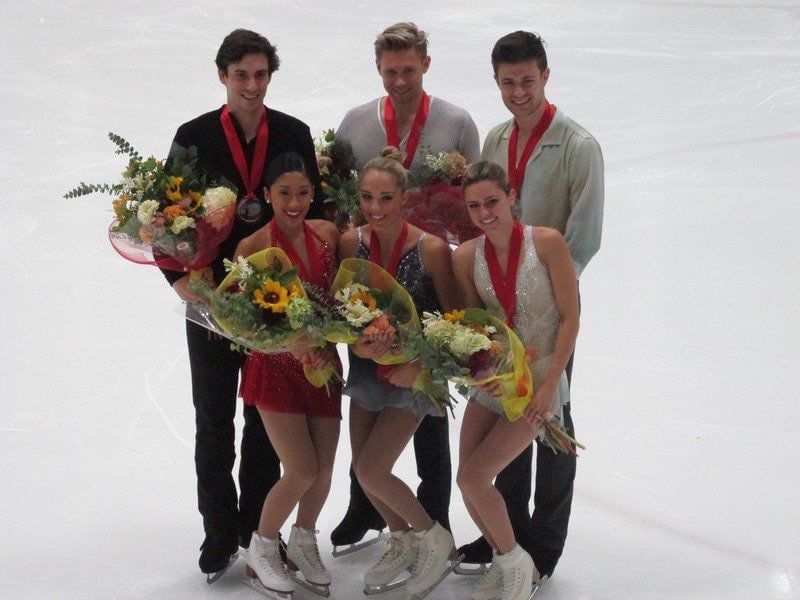 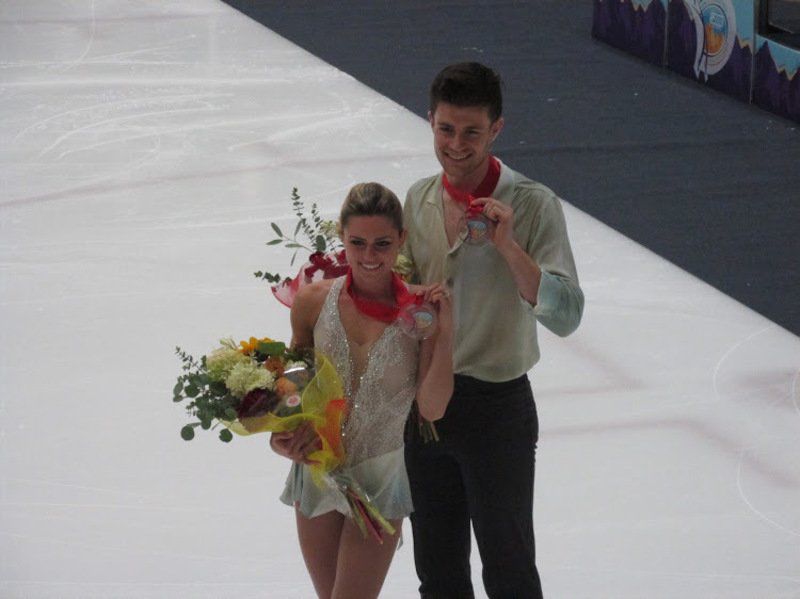 WINDHAM — Finding the right figure skating partner is a lot like dating — athletes are typically introduced by coaches, spend time on the ice together and decide whether or not they'll be successful as a duo.

Unlike most, it didn't take long for Jimmy Morgan, 24, and Alexandria Shaughnessy, 23, to hit the perfect stride. In the seven years since they've met, they haven't performed a toe loop, axel or death spiral with anyone else.

Morgan, a Windham native, said a recent third place finish at their first international competition had a lot to do with that longstanding commitment.

"We were selected by U.S. Figure Skating to compete in the U.S. International Classic," he said. "It allowed us to face skaters at the highest level in the world, which is very exciting."

Skating is a passion that has come to fill their schedules like a full time job, he explained. Roughly four and a half hours a day, five days a week are spent conditioning both in and out of the rink.

Afterwards, they can be found coaching children who emulate their own prepubescent dedication. Morgan's career, however, started in hockey skates, at age 10.

"I kept being told that I was built to be a figure skater," he said.

Now, at just over 6 feet tall, he understands what past coaches meant. His long-limbed figure is ideal for lifting Shaughnessy high over the ice with just one hand.

Hours spent perfecting each turn, spin and lift is what led them to one of the sport's most prominent events in Salt Lake City, Utah last week.

"It's really amazing working with Jimmy," said Shaughnessy, of Duxbury, Massachusetts. "Professionally, we have the same goals and drive as one another, but we also have a great time out on the ice and it really makes skating truly enjoyable."

Members of Team USA walked away with silver and bronze medals after receiving top scores ahead of Australia and Japan. Each performed a two minute routine as well as a longer one, lasting nearly five minutes.

The success made them reflect on how far they've come and what challenges they've overcome. Two years ago, a fluke fall at the end of a practice routine left Shaughnessy with a jaw broken in three places. It was wired shut, and she was mentally shaken.

The pair has been by each other's side through not only those startling moments, but through some of the best days of each other's lives. One of them being Shaughnessy's wedding just a few weeks ago.

"We were invited (to Salt Lake City) last minute enough that we had to change our plans," Morgan laughed. "We were planning on taking two weeks off around the wedding because of her being a bride and all, but then we found out we could go compete."

Neither hesitated to jump on the opportunity.

"I think our personalities really complement each other well," Shaughnessy said.

Looking ahead, their goals are in line, as they've always been.

"We have our eyes set on consistency goals as well as incorporating some new elements into our program," she said. "We are very excited and eager to get working."

Now, they say it's a waiting game to hear if they'll be invited to another international competition. But they're staying hopeful after earning a confident edge out west.

"U.S. Skating has a committee that selects teams to go to these types of competitions," Morgan said. "Winning a medal helps to make a good case for us, but you never really know. We just wait and see."