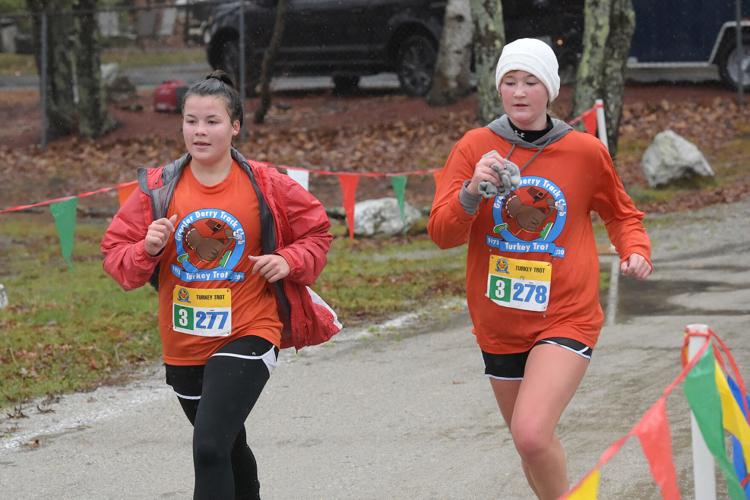 In this file photo, Samantha Franks, left, and her sister Kayla cross the finish line during the Greater Derry Track Club’s Turkey Trot race. This year’s event is Thanksgiving Day in Derry. 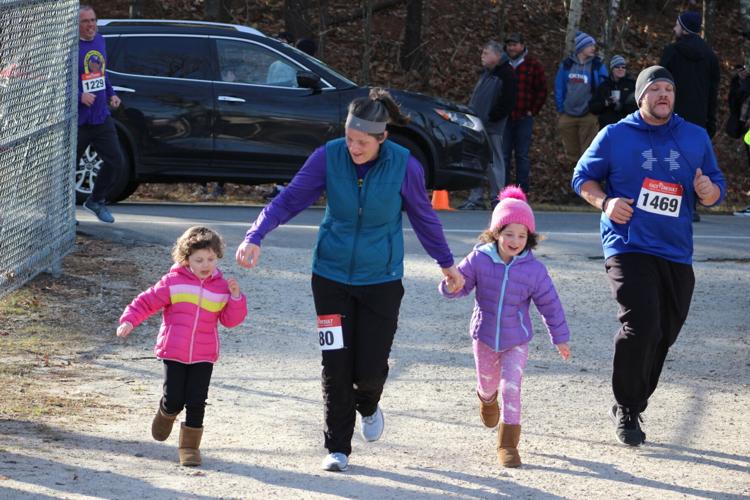 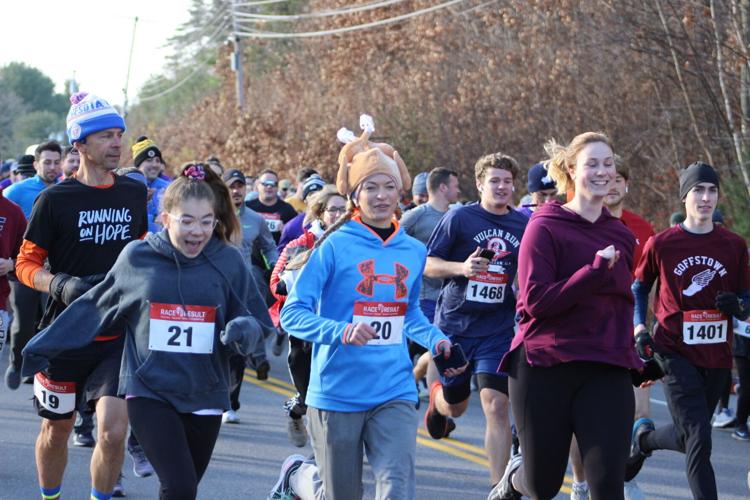 In this file photo, Samantha Franks, left, and her sister Kayla cross the finish line during the Greater Derry Track Club’s Turkey Trot race. This year’s event is Thanksgiving Day in Derry.

DERRY — It’s a longstanding tradition for area runners to come out on Thanksgiving Day morning for a classic holiday event that promoted exercise, and community spirit.

The Turkey Trot could be among the oldest in the state, according to longtime track club member John McGarry, adding it’s an annual tradition people look forward to as they start their Thanksgiving Day festivities.

“Thanksgiving is all about tradition,” McGarry said. “Just like watching football and having a meal together, this race has been engrained in the Derry area for years.”

McGarry said the race got its start in 1973 as a smaller race under the watchful eye of the Derry Parks and Recreation Department.

The annual event grew and the Greater Derry Track Club jumped in to take over the hosting and organizing of the event years later.

Every year, the serious runners along with family groups and friends come out to participate in the Turkey Trot as a fun way to start the holiday.

And hundreds and hundreds are expected to come out in 2022, with an added bonus of charity partners getting much-needed support from food and monetary donations and proceeds from the Trot.

“We donate our financial proceeds and close to a tone of food every year,” McGarry said. “Come out, get some exercise, see your friends, and know you are giving to a great cause.”

The Greater Derry Track Club not only brings the Turkey Trot to town every year, but continues to host and support annual programs like the club’s free Couch to 5K program and the Kids Summer Fun Runs.

To learn more about the Greater Derry Track Club’s Turkey Trot or for registration information and details, visit the club at gdtc.org.