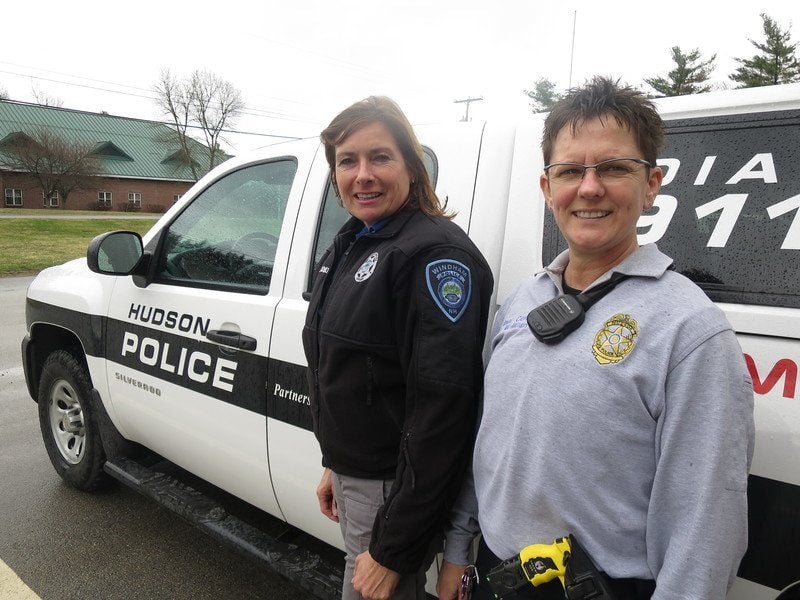 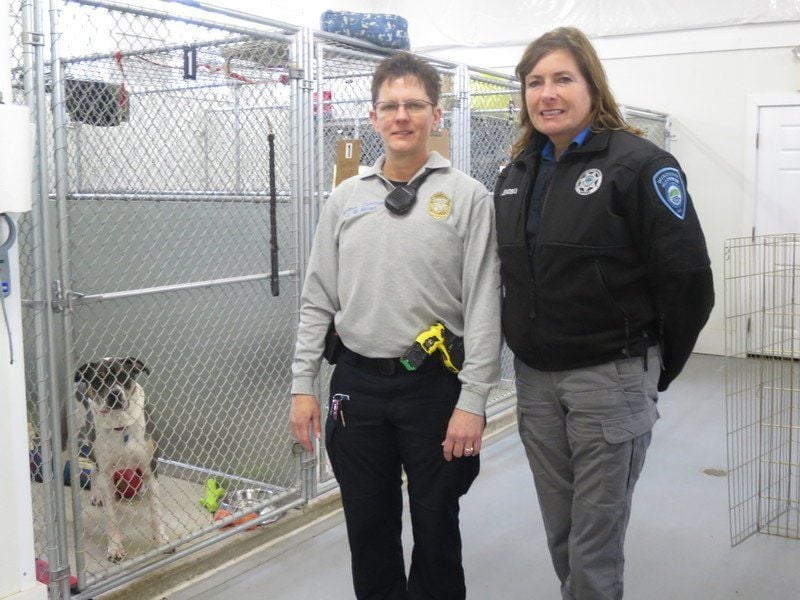 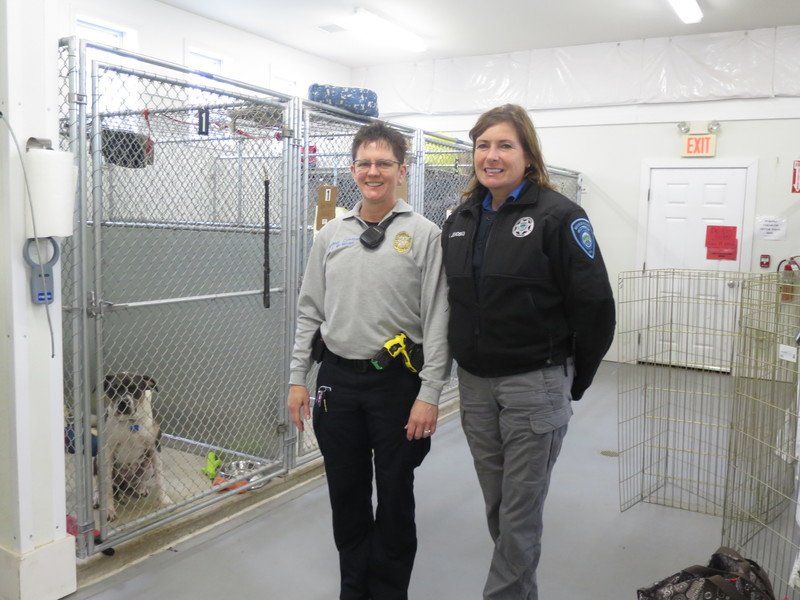 WINDHAM — They chat on the phone and text on a daily basis.

What forms does she need to fill out when a dog is being removed from its owner? Can you recommend a cat rescue group? A homeowner no longer wants to feed some stray cats because they're killing her backyard birds.

Jenoski has a passion for animals. She has three dogs, a cat and a horse, along with a veterinary science degree. She said she previously worked as a laboratory technician for an environmental firm. But since October, she's been overseeing a town full of animals.

Jenoski, 51, is the town's community service officer, responsible for animal control duties and assisting other police officers in their responsibilities. It's a newly created, full-time position that pays about $38,000.

Her predecessor, Alfred Seifert, was an institution on animal control matters. He served in the role for 30 years before retiring when he was in his 80s.

Every day is different for an animal control officer, said McMillan, who has 17 years of experience.

It's a tough job, McMillan knows, and pet owners can become angry quickly. Some treat their pets like four-legged children.

"You have to prioritize the calls and laws you're doing because you can't keep looking in the book because it puts you behind," McMillan said. "You've got to learn, go out and do it."

After a slow winter, Jenoski said, phone calls are picking up, about five a day. She has to know the law, what forms to file, procedures and how to approach a hairy situation.

"She's shown me how to pick up an injured dog and safely put them in a vehicle," Jenoski said. "She's been great. She points me to different resources. She's given me written materials to study. She's done (17 years), seen it and done it all."

It's the third time McMillan has mentored a new ACO.

"We're in the same field and for the same reason — to better the lives of animals and to help people," McMillan said. "To me, it only makes sense to help each other."

Jenoski said she's inclined to give an animal the benefit of the doubt. She's had to learn otherwise. There are a lot of law to learn.

What does she do if a dog bites a human? The dog must be quarantined if it has not been vaccinated.

What happens when a resident feeds a stray animal, then no longer wants to?

"The law says they are the owner or keeper, and the keeper is someone who feeds an animal," McMillan said. "You need to get them vaccinated so they're no harm to the public."

A rescue group can be called in to take the animals away.

When Jenoski deemed a family unable to control the resident dog, she called McMillan.

"She's doing a great job and she's already feeling more confident about what she's doing and making progress in her community," McMillan, 49, said.

The bumps and bruises McMillan has gone through have become a lesson plan for Jenoski.

Early in her career, McMillan learned the hard way never to turn your back on an animal. She turned, the dog charged, and McMillan lifted her foot in self-defense.

A routine call became a nightmare when a complaint was filed that McMillan kicked the dog. Fortunately, a witness said McMillan was acting in self-defense.

"If there hadn't been a child who saw what I was doing and only trying to keep myself from being bitten and not kicking the dog there's a good chance I could have been reprimanded," McMillan said.

Animal control officers can be thrust into heated situations without a gun or authority to arrest, even though they wear a police officer's uniform.

While she's a work in progress, Jenoski said she's learning.

"I feel like I've come leaps and bounds, but I also have a long way to go. But I do feel a lot more confident," Jenoski said. "I found I need to be a lot more firm with people because they don't always tell the truth. I've come a long way, but I am not like Jana yet. She's really amazing.

Her supervisor, Capt. Michael Caron, praised Jenoski's work. In addition to her work with animals, Jenoski assists officers with paperwork, fingerprinting, traffic at scenes and works with the community.