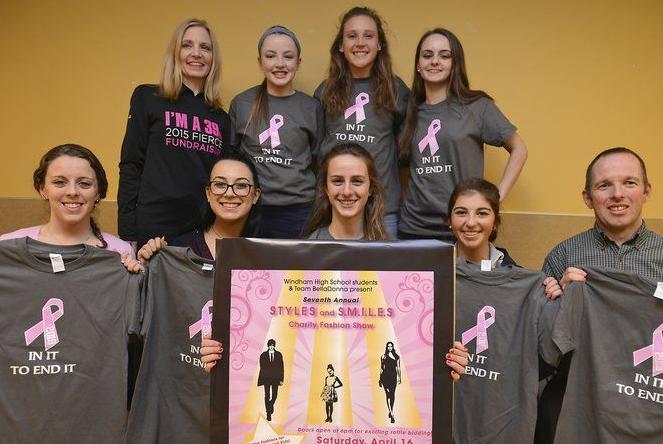 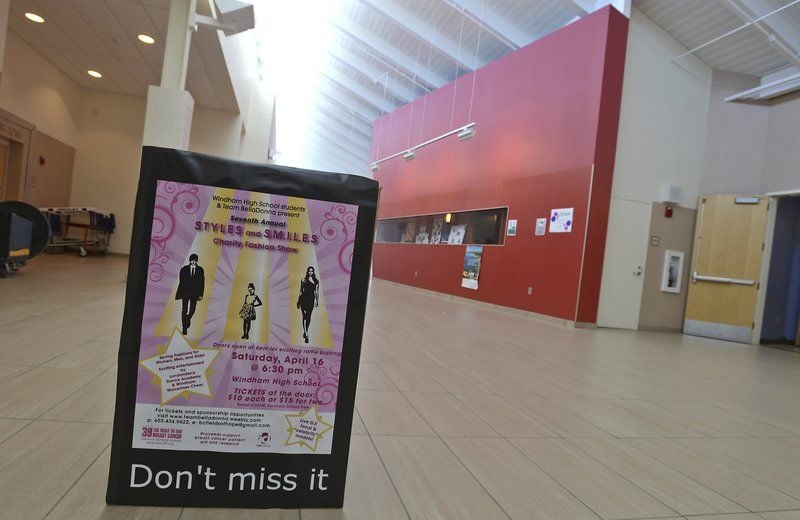 WINDHAM — Before graduating, every student at Windham High has to complete 40 hours of community service. But there's one fundraiser in particular that has some invested for more than 100 hours in a matter of months.

Since the school opened in 2009, the SMILES Community Service Club has been dedicated to Spreading Meaningful Irreplaceable Life Experience Selflessly, as the acronym suggests. From organizing Janitorial Appreciation Day to hosting the Styles and SMILES Fashion Show, members of the club busy themselves with volunteer work throughout the school year.

The charity fashion show, however, is what draws the most attention. The night of glamour and fun requires the effort of 40 students, along with adviser Matt Bryant and two-time breast cancer survivor and community member Donna Bramante InDelicato. The high school auditorium, which fits about 800 people, is filled year after year.

To date, ticket sales and other fundraising efforts have collectively raised more than $18,000 for the National Avon Breast Cancer Foundation. From cancer research to aiding in the everyday needs of patients, the money continues to leave a lasting impression on many.

On Saturday at 6:30 p.m. countless hours of planning will culminate in the seventh flashy runway show, complete with designs from area retail stores, a local designer and students.

Among others over the last four years, senior Alana Haggerty is said to have played a pivotal role in the production.

"She's been a key committee member since she was a freshman. She's made a huge commitment," Bramante InDelicato said. "And for me, it's been a great opportunity to mentor young people like her and get them even more involved in humanitarian work."

Haggerty's philanthropic drive started in middle school, when she participated in their SMILES club. Her favorite part of the organization, she said, is seeing all of the positive results.

"The day of the show is usually a morning to night effort," she said. "It's mostly student run, which is great, because it gives us a chance to take the lead in something and take responsibility. It's amazing to see it all come together."

For Haggerty, it's a chance to give back, set an admirable example for underclassmen and assure that the event will be carried on for many more years.

Even after the last audience members clear out, and the event has ended, the 18-year-old's commitment to cancer research and fundraising won't end. She'll be joining Bramante InDelicato in the Avon 39 Walk to End Breast Cancer, to be held in Boston this July.

The event will be showcased at Saturday's fashion show, giving students, faculty and community member a chance to sign up as well.

"I'm very excited for it," Haggerty said of the massive summertime fundraising event. "We have to raise $1,800 each. That money goes to the Avon Foundation. It'll be a new experience for me and I'm really happy that I'm doing it this year."

The team she's joining, Team BellaDonna, has become a staple at the annual event.

"We planted seeds 12 years ago and there have been so many things that have blossomed from it," Bramante InDelicato said. "From the money that's raised to empowering woman through cancer recovery, to getting families involved at the fashion show."

Her team, which has raised $350,000 over the last decade, has also connected the cancer survivor to other inspiring women.

Shanna Clarke Pinet, who's personal battle with breast cancer is still ongoing, was one of them. The photographer and author will share her story of strength and persistence at Windham High during the show as a guest speaker.

"This was one of the first public events held at the high school," Bramante InDelicato said. "It continues to knit the community together, and we are all very proud of it."