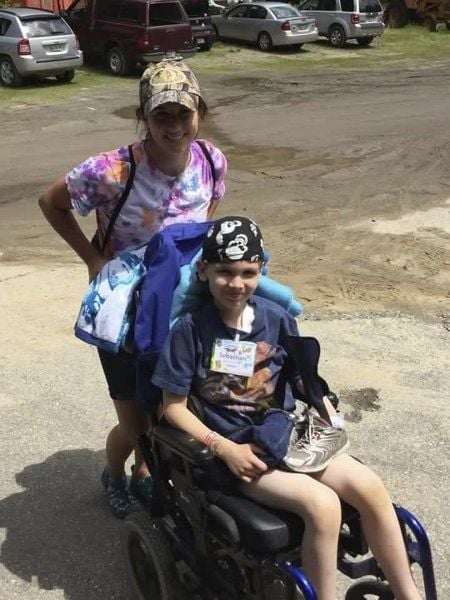 Courtesy photo North Shore Muscular Dystrophy Association Goodwill Ambassador Sebastian Hanson with his one-on-one counselor, Myra, at MDA summer camp in Poland, Maine. Some of the money collected by Gloucester firefighters is used to send children with muscular dystrophy to summer camp for a week. 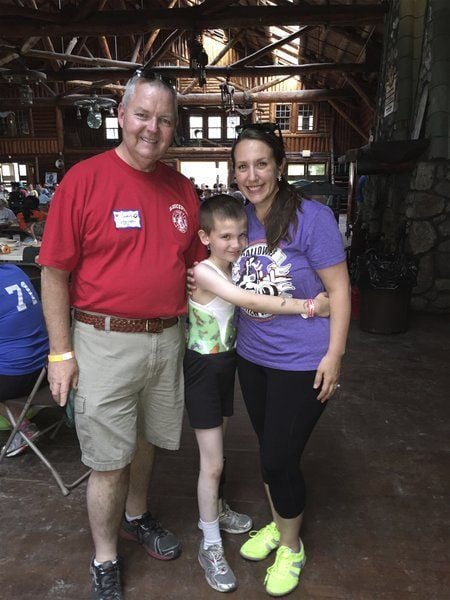 Courtesy photo North Shore Muscular Dystrophy Association Goodwill Ambassador Sebastian Hanson with his one-on-one counselor, Myra, at MDA summer camp in Poland, Maine. Some of the money collected by Gloucester firefighters is used to send children with muscular dystrophy to summer camp for a week.

GLOUCESTER — City firefighters and paramedics will hit the street Thursday, asking motorists to toss a few bucks into a well-worn boot for charity.

Firefighter Jim Hannon Jr. said he and his colleagues will be out on Stacy Boulevard at Western Boulevard, barring an emergency, this Thursday, Friday and Sunday collecting for the Muscular Dystrophy Association. If they do get called to a fire or there is inclement weather, the firefighters will be out Aug. 27 through 31.

The firefighters’ goal for the classic “Fill the Boot” fundraiser is to collect more than the $11,000 that was donated to their similar drive last year. Hannon said each station’s firefighters will try outdo one another in raising money for the MDA.

“Residents and tourists have been very generous, and recognize that this is an important public service for us,” Hannon said.

“The money stays local and goes very far,” said Hannon, who said the money dropped into the rubber boots help to fund trips to a Muscular Dystrophy Association summer camp for local kids, health clinic visits for people living with neuromuscular illnesses, and medical research on the illness.

He said about 77 cents of every dollar dropped into a boot directly funds research, services and education to benefit both children and adults.

The Muscular Dystrophy Association assists not only people with muscular dystrophy, but also people with over 40 other neuromuscular conditions, including ALS, or Lou Gehrig’s disease.

Hannon noted that the drive comes as ALS is in the limelight through the ALS Ice Bucket Challenge championed by Beverly’s Peter Frates, his family and friends.

Hannon said he and a group of North Shore firefighters volunteered at an MDA camp in Poland, Maine, earlier this summer. They played with the campers in relay races before serving them a spaghetti dinner.

“This is real food, instead of camp food!” Hannon recounted one child’s reaction to the meal.

“Seeing kids on boats in wheelchairs, fishing for the first time is rewarding,” said Hannon.