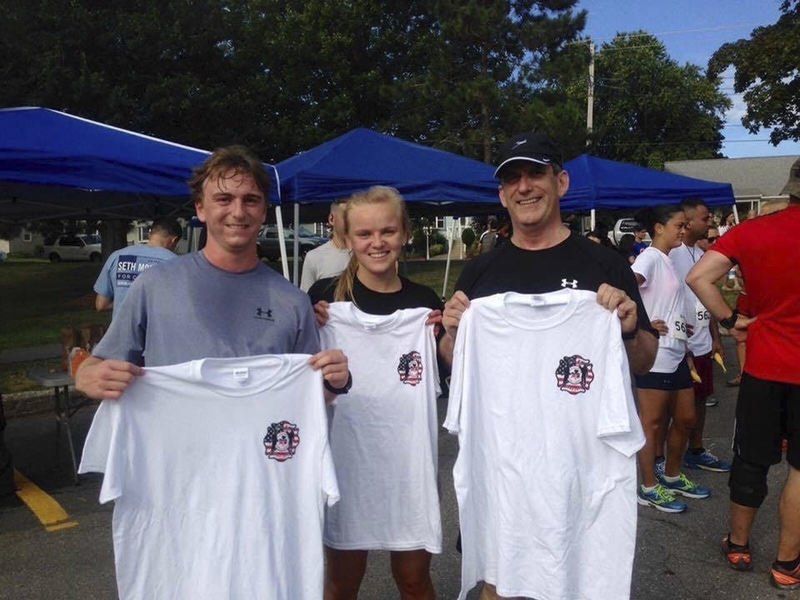 Courtesy photoFrom left to right: A. J. Trustey, his sister Anna and their father attended the Kevin O'Boyle Memorial 5K Road Race in Salem, Mass. in August 2014 to support the Wounded Warrior Project. 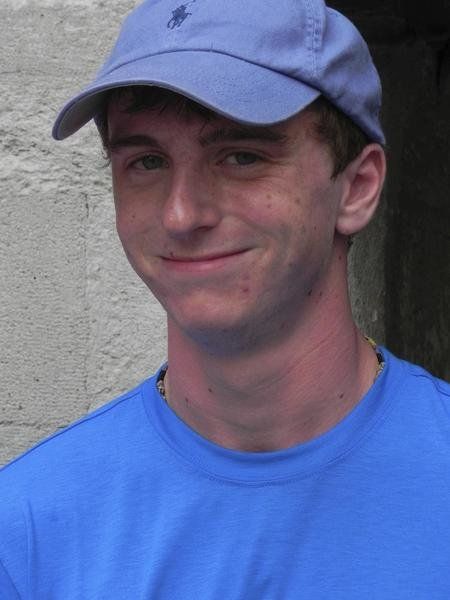 Courtesy photoFrom left to right: A. J. Trustey, his sister Anna and their father attended the Kevin O'Boyle Memorial 5K Road Race in Salem, Mass. in August 2014 to support the Wounded Warrior Project.

In the wake of tragedy, Sullivan, of Andover, and her family wanted to honor their loved ones with an event filled with love, laughter and a little bit of color.

On Friday, Sullivan will host a party in support of the Purple Pumpkin Project, a national campaign by the Epilepsy Foundation to raise awareness about the neurological disorder. The party will be held at Sullivan's home, 5 Blueberry Hill Road, from 4 to 7 p.m.

What started as a small gathering for family and friends has transformed into a large-scale event with more than 350 people, according to Sullivan, who called the community response "truly moving."

"We really had no idea (the event) would get to be this big," Sullivan said. "We got hundreds of comments and likes on our Facebook event page, and I've had people reach out to me who I haven't heard from in a long time. It's really overwhelming."

Sullivan said the idea for the party arose just several days after Joseph and Anna's deaths. On July 29, Joseph Trustey, 53, of Wenham, was traveling with Anna, an 18-year-old student at Brooks School in North Andover, when the single-engine plane he was piloting crashed at Lawrence J. Timmerman Airport in Milwaukee, Wis. The two were traveling to Marquette University for a college visit.

A.J. Trustey was a student at the University of Utah when he died on Oct. 13, 2014 at age 22. Prior to his death, A.J. had begun planning an epilepsy awareness event centered around the Purple Pumpkin Project, which began in 2012.

During the Halloween season, project participants are asked to paint their pumpkins purple and place them on their doorsteps. The pumpkins, according to Sullivan, prompt friends and neighbors to ask why the pumpkin is purple, giving the participant the opportunity to tell them about epilepsy.

While A.J. was unable to carry out his plan, Sullivan said hundreds of friends across the country painted their pumpkins in her nephew's memory. The action had a big impact on Sullivan's three children, who approached their mom with an idea after Joseph and Anna's funeral.

"They said, 'We want to host a party for A.J., Anna and Uncle Joe,'" Sullivan said. "They wanted to paint the pumpkins again, but they wanted to invite all their friends."

Invitations were sent out and word spread quickly. Soon, Sullivan had hundreds of people wanting to attend and offering their help with the planning. Sullivan's sister, Anne Marie Guggenberger,  of North Andover, also reached out to friends in her town and received positive response.

Downer Brothers Landscaping in North Andover will donate all the pumpkins for the party, and Cakes For Occasion in Danvers, where A.J. worked while in high school, will be provide cupcakes, according to Sullivan.

Sullivan said the party has helped teach her own children the importance of helping others, something her brother did in many ways during his life. Joseph Trustey served on the board of trustees for both Brooks and Shore Country Day School in Beverly, and he constantly made donations to his alma mater, the University of Notre Dame, to provide opportunities for students.

Friday's party will serve as a fitting tribute to three loved ones who touched so many people during their lifetimes, Sullivan said.

"I think when everything slowed down and we got back into our regular routine, the impression we took away from it all was their reach and scope to so many people," Sullivan said. "They shined so bright; they were almost bigger than life. The story is so incredibly tragic. The only thing you can really do is make something good out of it, and this event is a great example of that."