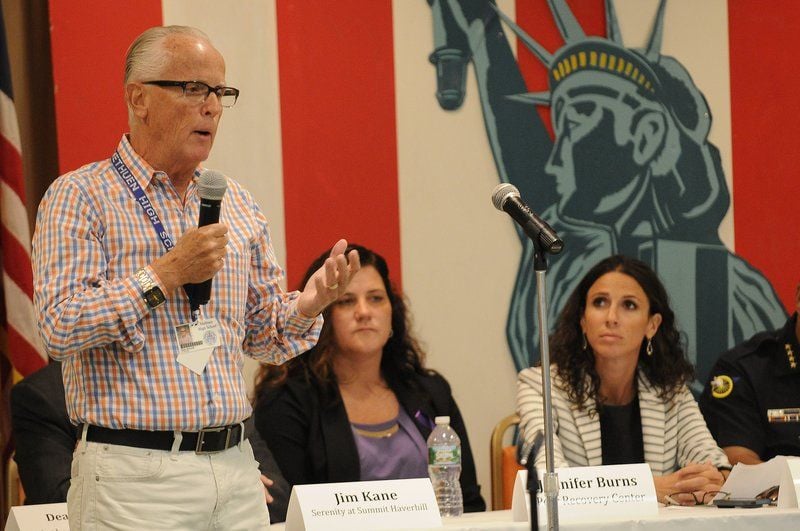 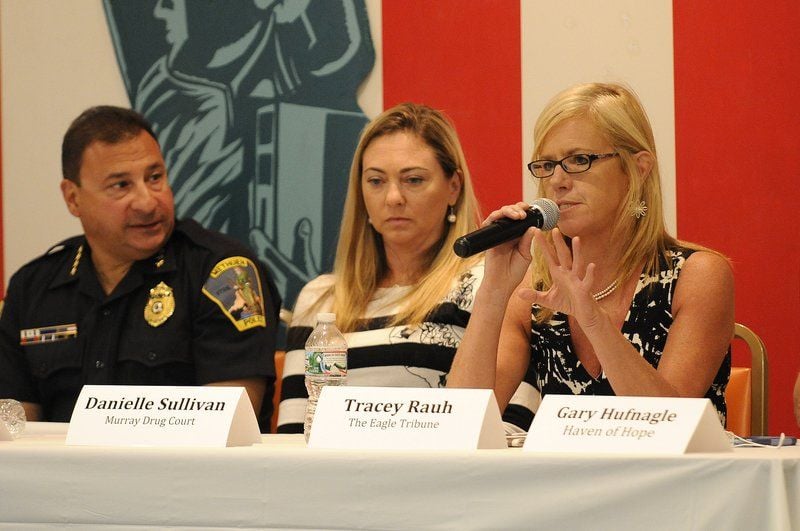 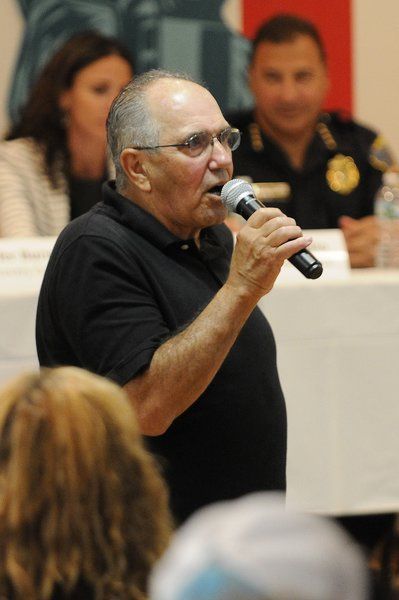 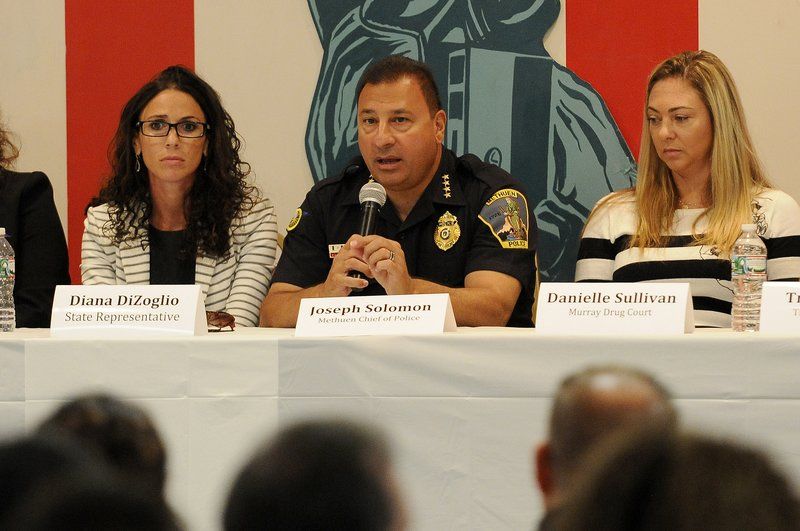 METHUEN — Following a week where at least two more people in the Merrimack Valley perished due to heroin, community members, from a variety of fields, but all seemingly touched by substance abuse in some way, came together Saturday to discuss the fight against opiate abuse.

In a forum called “Reasons for Hope,” hosted by The Merrimack Valley Prevention and Substance Abuse Project (MVPASAP), law enforcement officials, drug court personnel, recovery counselors, legislators and media professionals spoke to a room of more than 150 people at the Methuen Senior Center about what steps had been taken to combat opiate abuse and what more could be done, including increased prevention and education efforts.

For Colleen Lahey, a former heroin addict who has been clean for seven years now, the forum served as a show of support for those dealing with substance abuse.

“Sometimes it feels like nobody cares about us,” she said, adding that it was “nice to come and see these people in their fields and what they're doing to help. It restores my faith that people care about us.”

Her father, Phil Lahey, leader of MVPASAP, said the forum exceed his expectations.

“With substance abuse events, because of the shame, a lot of people are afraid to be seen in a place like this,” he said. “I think we're finally getting the message out that there is no shame, it is an epidemic.”

As attendees filed into the senior center, more than 10 organizations including treatment centers and service providers had tables set up, handing out pamphlets of information.

Each spoke of their and their organizations' efforts to help fight opiate abuse, from Students Against Destructive Decisions (SADD) chapters in Methuen schools to detoxification and rehab programs to drug court programs.

DiZoglio spoke of the efforts of her and other local legislators to increase funding for substance abuse at the state level, and of the importance of education and prevention. As State Rep. Linda Dean Campbell, D-Methuen, noted earlier in the forum, the fiscal 2016 budget included a $5.7 million increase for treatment services, bringing the total to $116.3 million.

As funding increases, though, so have deaths. From 2000 to 2012, the rate of heroin overdose deaths in the state rose 90 percent, DiZoglio said.

Solomon spoke about the importance of changing the way officers think when dealing with those suffering from substance abuse, such as no longer using the word "junkie" and enlisting community engagement specialists to work alongside police to help get people into recovery. Methuen has had 89 overdoses so far this year, he said.

The conversation has gone from, “where'd you buy the stuff, we want to know now,” to “how long have you been using, are you ready for help, what can we do to help you?” Solomon said in a line that was met with applause.

Douglas Washington, a Lowell resident who works for New Beginnings Peer Recovery Center and is 17 years clean, praised how the dialogue has changed over the years.

“It's beautiful the way that law enforcement and the community and legislation is changing, instead of (using the word) junkies,” he said.

For some attendees, including Sara Lemieux and Lynne Estes, employees of Holy Family Hospital in Methuen, the forum provided a chance to gather information.

Lemieux said she wanted to bring back information to her coworkers about what options are available for treatment and support, noting that she didn't think there were enough treatment centers in the area.

“I don't think the community as a whole is connected enough,” in terms of resources, Lemieux said.

She added, “When we're in crisis, that's when we come together. It's sad it takes that long.”

“In southern California, there are so many resources for treatment,” he said. “Here, you have the demand, but you don't really have the supply it seems like.”

Miller said he came to the forum to see if it was possible to expand treatment centers to the east coast, and was potentially looking at both Massachusetts and New Hampshire.

“It seems like they're really motivated to create more beds,” he said.

Going forward, Phil Lahey said his group will hold a meeting in October, which he hopes those who signed up at the forum will attend. He also wants to form subcommittees to tackle certain aspects of the fight against substance abuse, including legislation and grants.

As the dialogue continues, his daughter said she'd like to see more help from insurance companies to get people into treatment.

“There are places out there for addicts to go – I'd like to see more – but the insurance issue, addicts not having the money to go, that's a shame,” she said.

Sullivan Murray said she wanted to see more done for those in recovery post-detox.

“We can have all the beds in the world,” she said, “But the education has to include not just the bed but what people can do when they get out of those beds and back into the community.”

Still, Colleen Lahey said she was overwhelmed by the amount of people who showed up to the forum.

“They should have had this event in a football stadium, but I'll take this for now, this is a good start,” she said.

Courtney & Chris: A story of young love and deadly addiction

Christopher Honor and Courtney Griffin were in love, but they couldn't save each other.