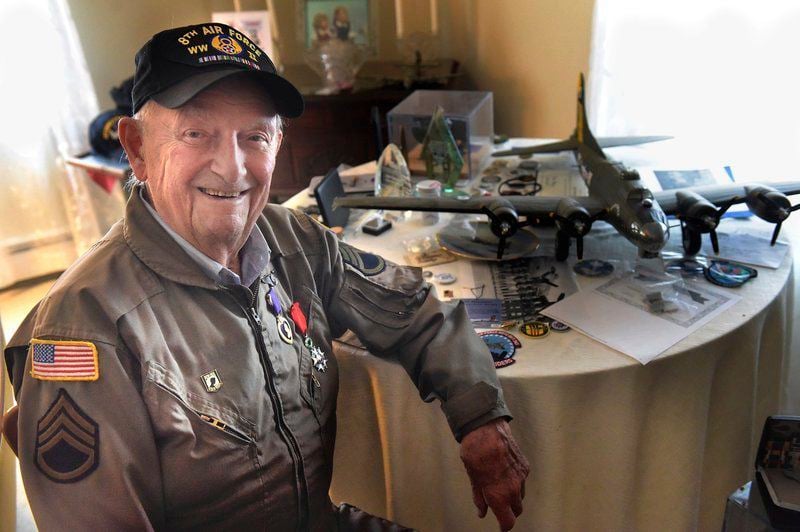 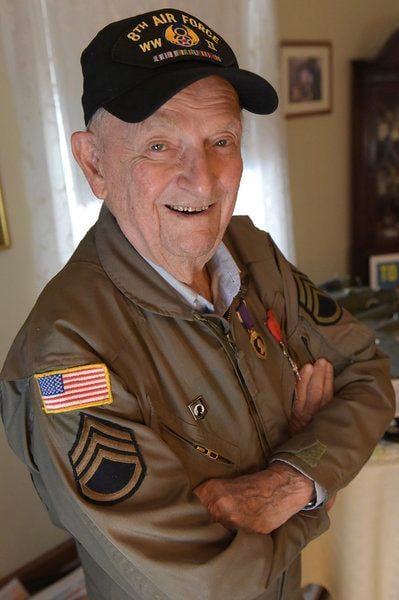 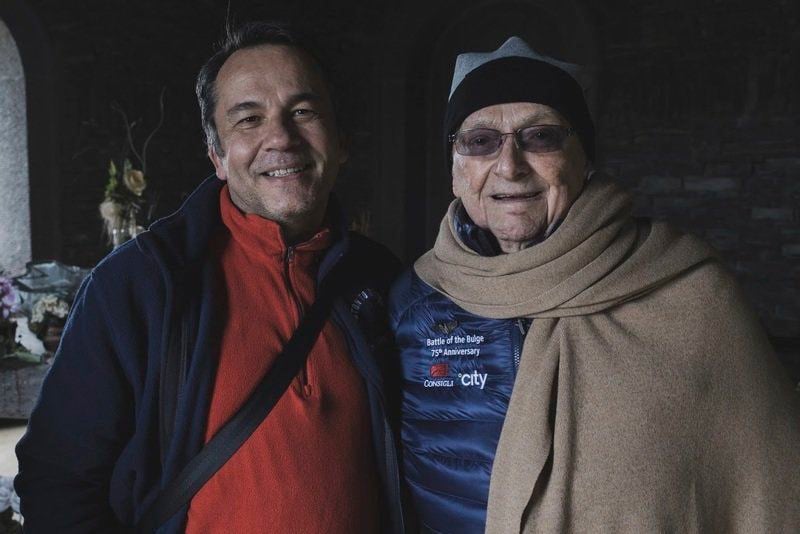 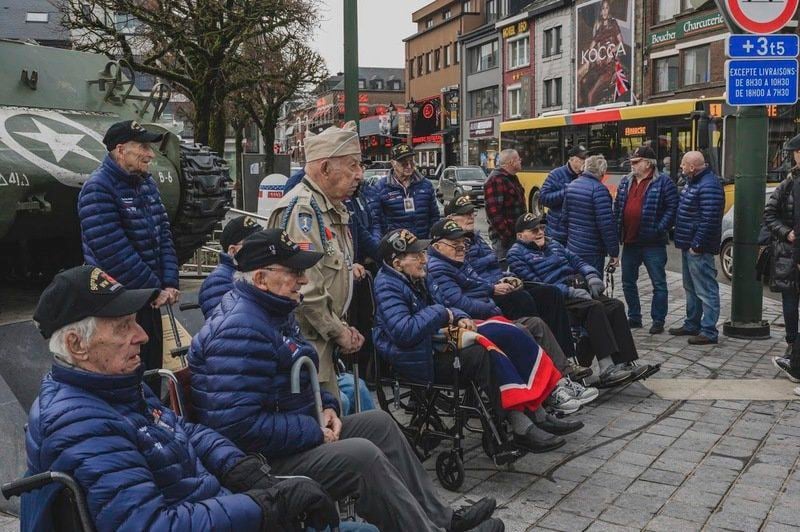 Courtesy photos/ Dr. Kay FichtHaverhill resident and World War II veteran John Katsaros and his Newburyport physician, Dr. Kay Ficht, recently travelled to Bastogne, Belgium to mark the 75th anniversary of the Battle of the Bulge, the largest and bloodiest single battle fought by Americans during the war. Here the veterans gather in Belgium during one of the ceremonies marking the anniversary.

Courtesy photos/ Dr. Kay FichtHaverhill resident and World War II veteran John Katsaros and his Newburyport physician, Dr. Kay Ficht, recently travelled to Bastogne, Belgium to mark the 75th anniversary of the Battle of the Bulge, the largest and bloodiest single battle fought by Americans during the war. Here the veterans gather in Belgium during one of the ceremonies marking the anniversary.

NEWBURYPORT — Three quarters of a century after making his “long escape” from the German Gestapo during World War II, an area veteran was recently treated to a special trip overseas in the company of his Newburyport doctor.

In March 1944, 20-year-old Haverhill native John Katsaros was aboard the B-17 bomber Man O’ War when it was shot out of the sky on a mission to destroy an aircraft factory in Frankfurt, Germany. Several members of the plane’s crew were killed in the crash, but Katsaros, who had bailed out of the plane, was wounded. Afterward, he was captured by the Gestapo, but escaped with the help of the Free French Resistance, who hid him away for three months and nursed him back to health.

Though the harrowing events took place long ago, Katsaros recalls everything in vivid detail. In his 2008 book, “Code Burgundy — The Long Escape,” Katsaros shares the full story.

Katsaros, now 96, was one of 17 World War II veterans to visit Bostogne, Belgium, earlier this month for ceremonies marking the 75th anniversary of the Battle of the Bulge, which was Germany’s final major offensive campaign on the Western Front during World War II. It lasted from Dec. 16,1944 to Jan. 25, 1945, and was the largest and bloodiest single battle fought by Americans during the war.

The trip, which was hosted by Andrew Biggio, founder of nonprofit Boston’s Wounded Vet Run, included several tours of nearby World War II sites and cemeteries as well as receptions, meet-and-greets and other events and festivities.

Katsaros elected to bring along his physician, Dr. Kay Ficht, who runs a concierge medical service out of his Storey Avenue office.

Ficht said the trip included a ceremony in which the veterans each received personal recognition from the prime minister of Belgium, and they were also greeted by a bi-partisan group of United States senators and members of Congress. U.S. House of Representatives Speaker Nancy Pelosi also made an appearance.

Katsaros recalled the warm reception the group received from thousands of Belgian citizens during a parade after they arrived, saying the massive crowd’s enthusiasm was hardly dampened despite heavy wind and rain.

“The wind was blowing, and we were soaked,” Katsaros said. “I’d have to say there were 50,000 people there — in the rain! That’s what they thought of the Americans for saving their lives. They’re so thankful, so polite. They look you straight in the eye, and they mean it.”

Ficht also remarked on the parade’s astonishing turnout, likening it to The Beatles’ first arrival in America in the 1960s.

“They wanted autographs, they were showered with gifts... It was a great experience really,” said Ficht. “Half of the guys had never been back in 75 years. I think for them it really came full circle.”

Ficht a German citizen who grew up in Heidelberg, Germany, has lived in the United States since 1994. Recognizing the atrocities of that took place during World War II, he said the trip was especially meaningful for him.

“For me that was very rewarding, because as a German growing up you are very aware of what happened during the Third Reich,” said Ficht. “It was satisfying for me to be helpful, in that you want to try and help to take care of these guys.”

Ficht said he looks forward to hopefully joining Katsaros and the rest of the group of veterans on their next trip to Normandy, France, which is planned for summer, 2020. He said he is glad to help out World War II veterans, a group whose legacy, he emphasized, needs to be kept alive.

“These guys are going to be gone soon, and if these stories aren’t preserved... I think this is an opportunity for the other generations to learn from them.”

Staff writer Jack Shea covers Newbury­port City Hall. He can be reached via email at jshea@newburyportnews.com or by phone at 978-961-3154. Follow him on Twitter @iamjackshea.