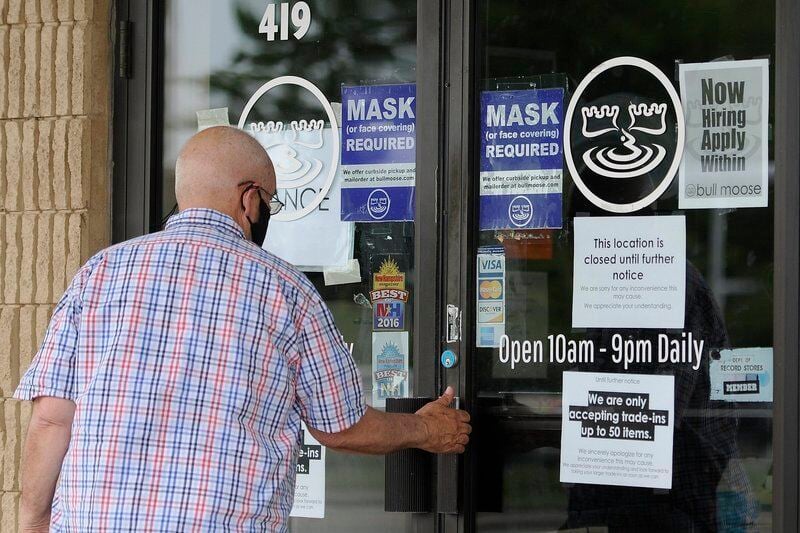 TIM JEAN/Staff photoA customer attempts to shop at Bull Moose Music in Salem, New Hampshire, a day after the staff was fired and the location was temporarily closed. 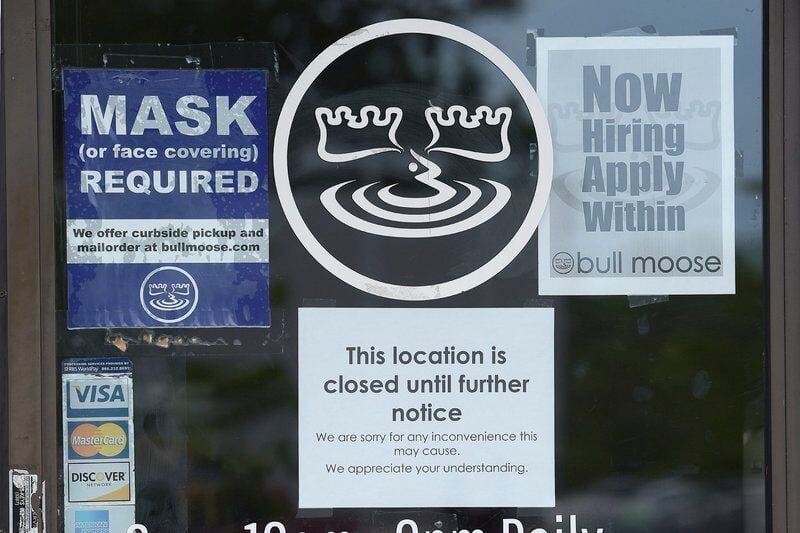 TIM JEAN/Staff photoSigns posted on the entrance to Bull Moose Music in Salem, New Hampshire, announce the store is temporarily closed and applications for hire are being accepted. 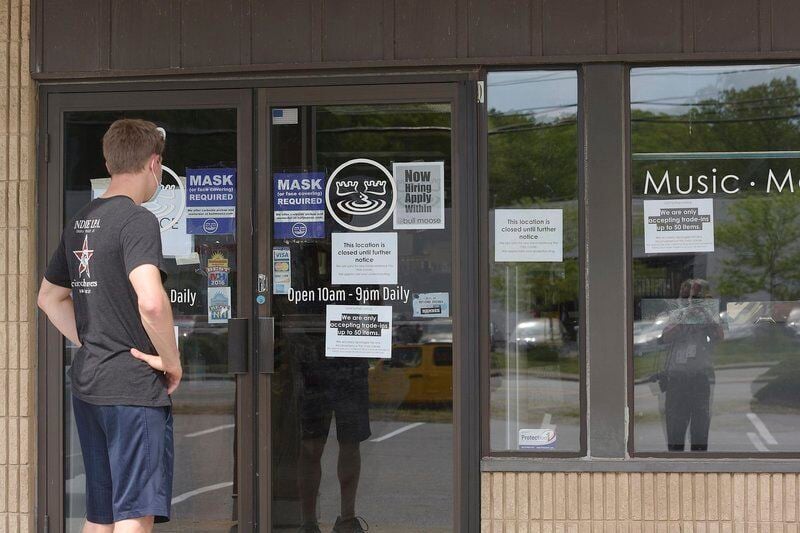 TIM JEAN/Staff photoA customer reads a sign posted on the entrance of Bull Moose Music in Salem, New Hampshire, announcing that the location is temporarily closed.

TIM JEAN/Staff photoA customer attempts to shop at Bull Moose Music in Salem, New Hampshire, a day after the staff was fired and the location was temporarily closed.

TIM JEAN/Staff photoSigns posted on the entrance to Bull Moose Music in Salem, New Hampshire, announce the store is temporarily closed and applications for hire are being accepted.

TIM JEAN/Staff photoA customer reads a sign posted on the entrance of Bull Moose Music in Salem, New Hampshire, announcing that the location is temporarily closed.

A copy of the email provided to The Eagle-Tribune states: “Your employment at Bull Moose is terminated effective immediately. You will receive your final paycheck the usual way on the usual date.”

The Salem storefront is one of 11 in Maine and New Hampshire. All other locations were open Saturday. The retail and music store is advertised as a mega-provider of vinyl records, movies, books, games and toys.

It was unclear how many people worked at the Salem location.

Attempts by the newspaper to contact Bull Moose management directly were unsuccessful, but a post on the business’ Facebook page Saturday evening begins, “We are sad to announce that we have temporarily closed our Salem store. We are not able to share the reasons behind our decisions regarding the Salem store as it is important to us to protect the confidentiality of our former employees.”

It goes on, “We can, however, say we are confident this decision was in the best interest of our customers, employees and business as a whole.”

Several fired employees who spoke to the newspaper over the weekend remained confused, and described being sent home early without explanation Thursday.

Gianna Valenti, 19, saw top management show up and have private conversations outside with store leadership.

“They told the keyholder to send everyone home. We walked out the door and there was a sign saying the location would be closed until further notice,” she said.

Valenti and others say tensions were already high, after a recent announcement that the company’s mask mandate would be lifted next week despite workers’ concerns.

According to the company’s Facebook post, the decision had “absolutely nothing to do with masks or face coverings for employees or customers.”

“There’s a long list of grievances. The mask thing was the turning point,” Valenti said. “It’s retail, so there’s a lot of things that happen that we have to say: We can do it. We’ll take it. It hurts, it’s terrible, but it happens.”

A former manager at the Bull Moose in Portsmouth, Mackenzie Keefe, 25, said he left the company after a lack of support.

“This has been going on. When the pandemic hit and it was time to come up with a reopening plan, we were asked what we wanted. Everyone said they were hesitant,” Keefe said. “The offices decided to open up a week later — as soon as they could in New Hampshire.”

Then, “it was constant pushback from the offices with help to hold our mask policy to CDC level. They were always trying to shove more people into stores. We were taking buybacks at a point when it wasn’t known if COVID existed on surfaces.”

Current and former Bull Moose employees have contributed to the social media hashtag “Boycott Bull Moose,” using it to connect over shared concerns.