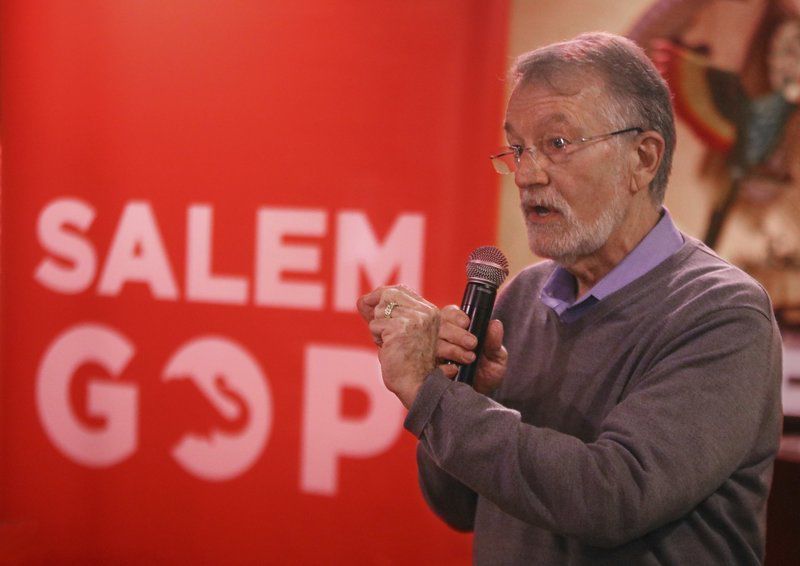 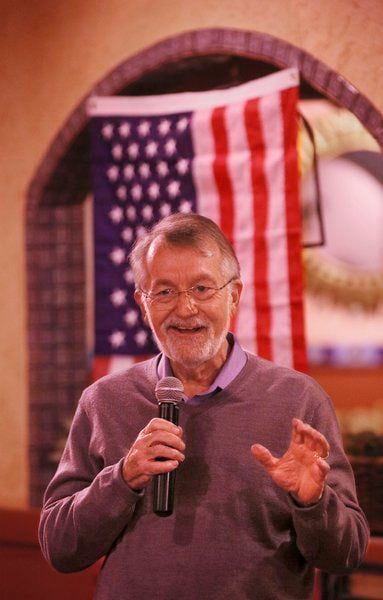 “I take that compliment if it means what I think it means to us,” he said during a Salem GOP meeting Thursday. “Someone who keeps his promises, someone who outlines what he is going to do when you elect him to the position and then does it— reduce taxes, build the wall."

O’Brien, a Republican challenger to incumbent Democrat Sen. Jeanne Shaheen in the upcoming election, attended the meeting as a guest speaker and emphasized what he sees as the importance of electing a conservative senator in 2020.

“She is not a leader,” he said of Shaheen. "She is a follower, an afraid follower."

During his speech, O’Brien took a stand on a variety of local and national issues, saying that he is “pro-life,” believes in limited government and low taxes, and that he believes the right to bear arms should not be heavily limited.

O’Brien also answered multiple questions, which ranged in topic from foreign policy to gun control, from the audience of about 30 people. He espoused his belief that the United States should not be “policing” the rest of the world, and he said that if he were elected, he would not vote to impeach Trump.

“I thought he was a very good speaker of the house,” attendee Bob Gibbs said. “He was very fiscally conservative. He wasn’t pushed around at all. I think he will do that as a senator too.”

Gibbs added that he hasn’t decided who he will vote for in the Senate election.

Steven Goddu, who chairs the committee, said that he also liked O’Brien, but he knows that a conservative winning Shaheen’s seat is unlikely.

“It's a huge leap to try to defeat an incumbent like Jeanne Shaheen who was fairly well liked,” Goddu said. “I’m not optimistic that we have a candidate who can defeat her.”

O’Brien, who lives in Mount Vernon, said that even though he grew up moving around a lot, he knew that he wanted to live and raise a family in New Hampshire.

“I admired the sense of freedom,” he said, adding that he also loved that the area was rural and that people knew their neighbors.