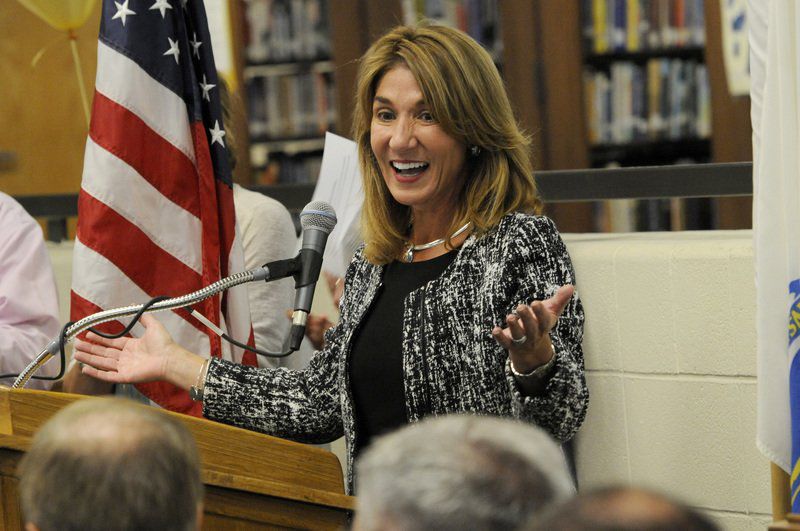 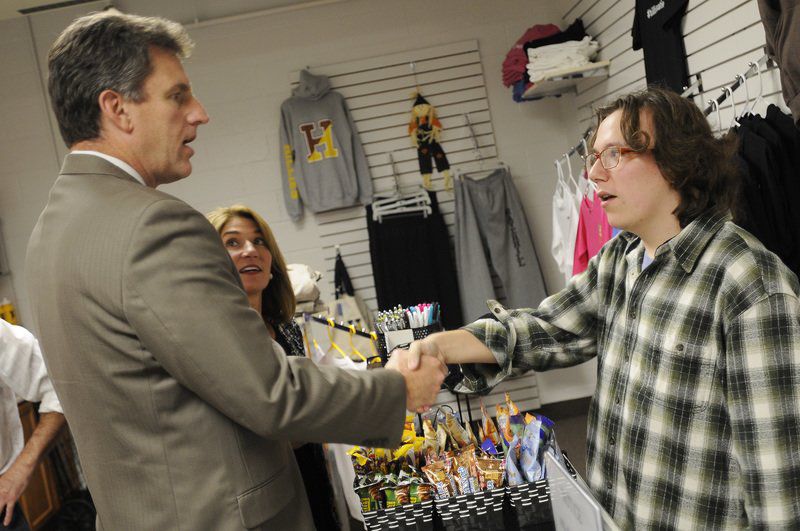 Jay Ash, Housing and Economic Development secretary, shakes hands with student David Rich, a senior at Haverhill High School. Rich, who works in the school store, also met Lt. Gov Karyn Polito, who is behind them. 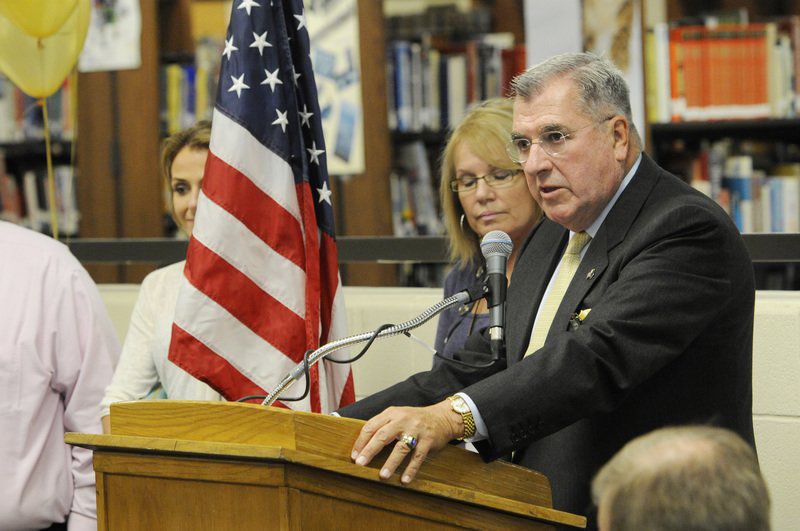 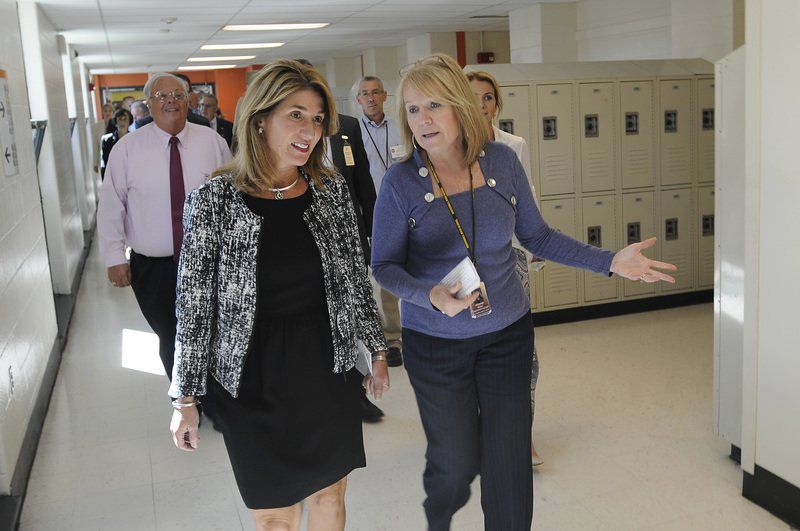 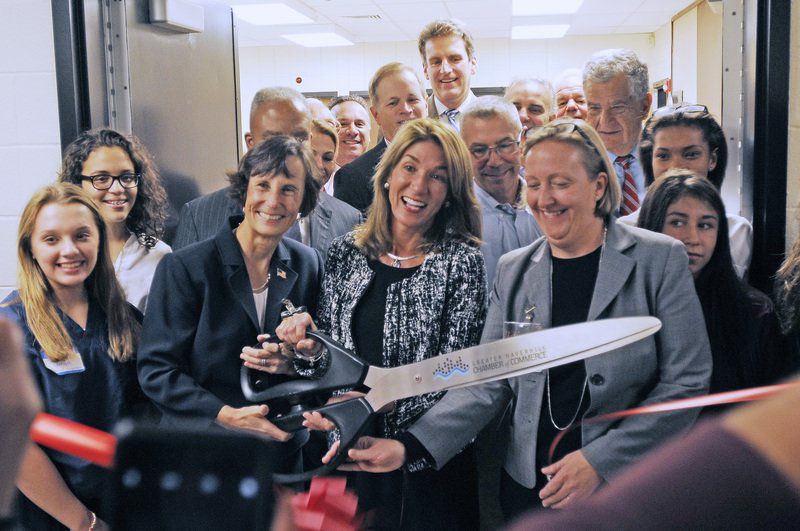 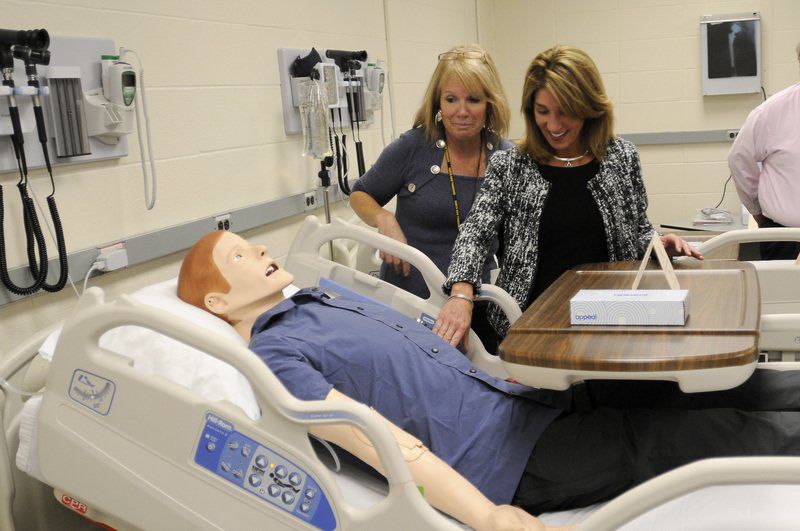 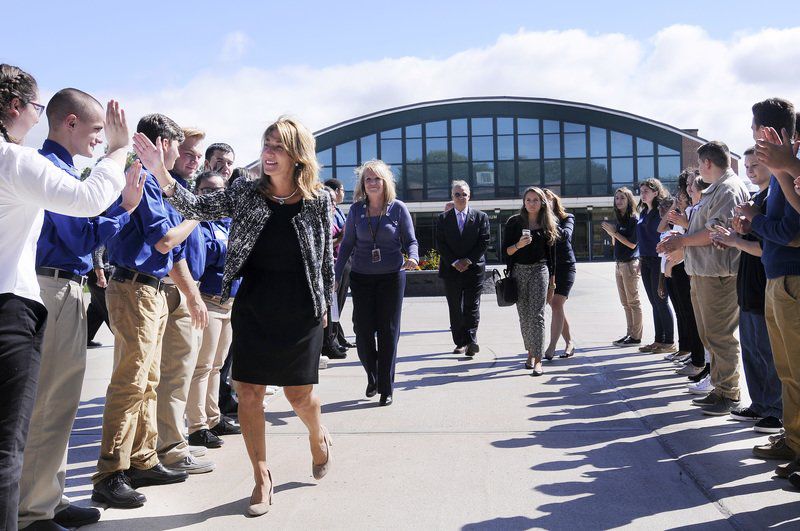 Jay Ash, Housing and Economic Development secretary, shakes hands with student David Rich, a senior at Haverhill High School. Rich, who works in the school store, also met Lt. Gov Karyn Polito, who is behind them.

HAVERHILL — Despite hosting Whittier Regional Vocational Technical High School, the city of Haverhill has been faced with a numbers problem.

With only so many slots available for Haverhill kids at that school, many students in the school district are not receiving the vocational education they want to prepare them for careers in STEM — science, technology, engineering, and math — fields.

But thanks to a portion of a $9.3 million state grant distributed to 35 institutions from the office of Gov. Charlie Baker, dozens of Hillies have been given the opportunity to pursue studies in health care occupations as well as programming and web development, and courses in computer networking and robotics in the NAF Academy of Information Technology curriculum at the high school in what is now known as the Career Technical Education Center.

“We still have 100 kids who want a vocational-technical education but can’t get into Whittier,” said the mayor as he walked with a caravan of people through the iSchool, a state of the art computer lab for CTE students. “This is a high school, and education is what it’s here for.”

Bevilacqua, the president of the Merrimack Valley Chamber of Commerce, concurred.

“This is exactly where the future is. A combination of work and education,” he said. “This is the model.”

Following Polito’s employing the “biggest pair of scissors she’d ever held” to cut the large red ribbon in the doorway of one of the health care classrooms, Toohey, a graduate of Greater Lawrence Technical School, praised the efforts of the Baker administration.

“This is a terrific program, but (the district) couldn’t have done it without the Gov. Baker and Lt. Gov. Polito,” said Toohey. “It’s exciting.”

Toohey added that increasing vocational-technical offerings will have a direct impact on reducing the high school’s dropout rate.

After Polito, Ash, and Co. touted the new offerings and praised the high school’s regionally renowned robotics team, students in attendance in the HHS library spoke of what the new programs have meant to them.

Bailey Peck, a senior who is planning on attending UMass Amherst next year to major in criminal justice, is working on getting his emergency medical technician (EMT) certification through the high school in addition to his coursework.

Olivia Bene, a sophomore enrolled in the school’s Information Technology Pathway, and Victoria Martinez, a freshman in the high school’s health care program, are thankful for the opportunities provided to them by the state grant.

“It’s incredible they funded all of the things we get to do here,” said Bene, whose classes are currently working on constructing a 3D printer which they will then use to make replicas of everyday items. “In our senior year, we’ll begin a STEM capstone project for our certification

Martinez, who was dressed in red scrubs Thursday as part of her coursework, wants to become a registered nurse or a pediatrician, and said it was an honor for state officials to come visit her program.

“I appreciate how they put in the time to come here,” she said, adding her first-year coursework consists of patient preparation and by her senior year she will be able to intern at a local hospital.