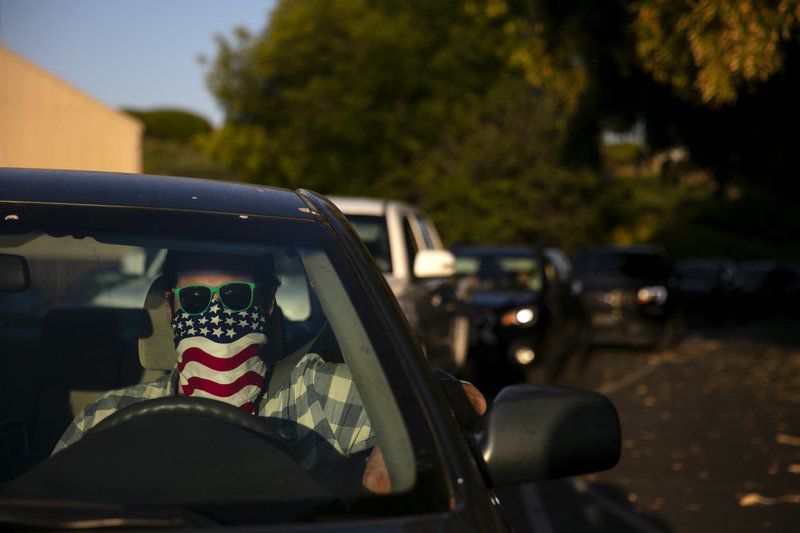 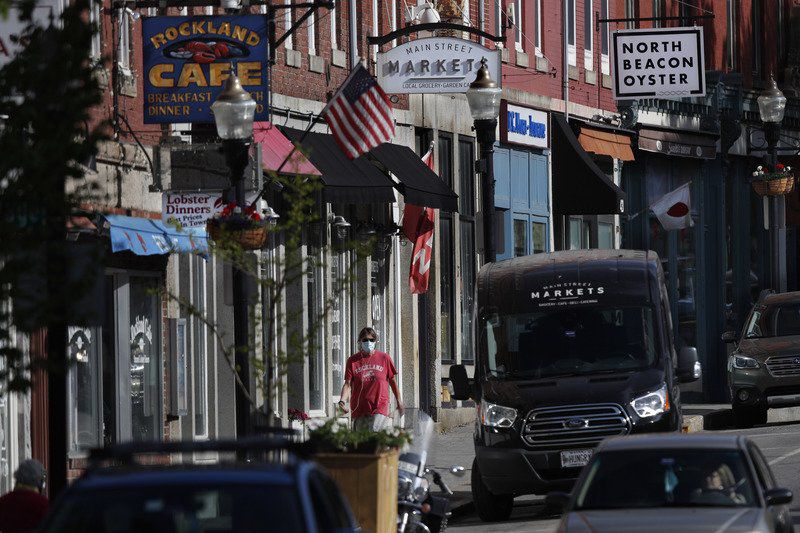 This Thursday, May 28 photo shows Main Street in Rockland, Maine. The city had proposed shutting down Main Street for the entire month of June to cater to shoppers and diners but concerns from business owners caused officials to scale back the plan. The new plan calls for shutting down the street on just the last two weekends in June. (AP Photo/Robert F. Bukaty) 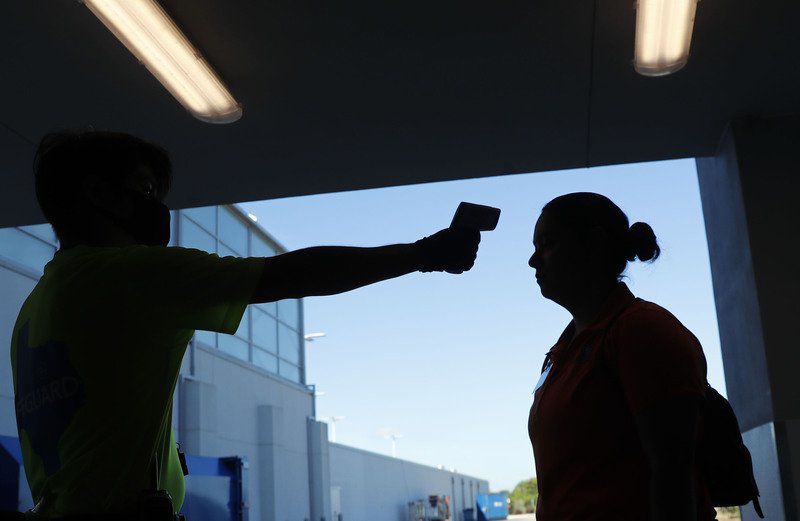 Amid concerns of the spread of COVID-19, an employee has their temperature checked before starting their shift at the city owned waterpark in Grand Prairie, Texas, Friday.

This Thursday, May 28 photo shows Main Street in Rockland, Maine. The city had proposed shutting down Main Street for the entire month of June to cater to shoppers and diners but concerns from business owners caused officials to scale back the plan. The new plan calls for shutting down the street on just the last two weekends in June. (AP Photo/Robert F. Bukaty)

Amid concerns of the spread of COVID-19, an employee has their temperature checked before starting their shift at the city owned waterpark in Grand Prairie, Texas, Friday.

WASHINGTON (AP) — Plummeting U.S. consumer spending and rising coronavirus cases in some parts of the country that are reopening businesses highlighted Friday the rough road ahead for a hoped-for economic rebound during the pandemic.

The bad economic news was echoed in Europe, where an extensive social welfare net was showing signs of fraying, as protests erupted for a second day in Spain against layoffs by French carmaker Renault and Italy’s chief central banker warned that “uncertainty is rife.”

New U.S. Commerce Department statistics showed a record-shattering 13.6% drop in spending in April, a day after a federal jobs report showed another 2 million-plus Americans went out of work last week. The depth of the spending drop is particularly damaging because consumer spending is the primary driver of the economy.

While some U.S. states were moving ahead with steps to reopen businesses and leisure activities needed to spur spending and restore jobs, some were finding relaxed safety measures have been followed by upticks in new cases.

Arkansas over the past week has seen a steady rise in its active coronavirus cases, following moves by Gov. Asa Hutchinson to reopen businesses shuttered during the pandemic.

Health officials on Thursday announced the number of cases, excluding people who have recovered or died, hit a new high of 1,830 in the state, which has had a total of 6,538 cases. Arkansas also hit a record for a one-day increase in infections in the community, meaning ones that don’t include the incarcerated.

“We’re not going to go back, but we want people to follow those guidelines, make sure they do everything they can to avoid the spread and we can get through this,” Hutchinson said.

Friday’s U.S. Commerce Department figures showed that consumers are unable or reluctant to spend, even as incomes soared 10.5% in April, reflecting billions of dollars in government payments in the form of unemployment aid and stimulus checks.

However, wages and salaries — normally the key component of overall income — sank by an annualized $740 billion in April. By contrast, income in the form of government support jumped by an annualized $3 trillion. That form of income will likely fade in coming months as government aid programs expire.

Until Friday's spending report for April, a revised 6.9% decline in March had been the record for the steepest one-month fall in records dating to 1959.

Debate in Congress over whether to extend $600 a week in federally provided benefits to the unemployed looks sure to intensify, with the number of people receiving the aid now topping 30 million — one in five workers. The money, included in a government relief package enacted in March, is set to expire July 31.

The latest job-loss figures, released Thursday by the U.S. Labor Department, brought to 41 million the running total of Americans who have filed for unemployment benefits since the coronavirus shutdowns took hold in mid-March.

Adam DuPaul, owner of City Barber Shop in Keene, New Hampshire, said he applied for unemployment benefits as soon as the state expanded eligibility to include self-employed workers in mid-March, but still hasn't “gotten a dime.”

Though hair salons and barber shops were allowed to reopen earlier this month, he wanted to wait due to safety concerns, but he's feeling he has no choice now.

“I truly feel like I’m forced to open this coming Monday,” DePaul said. “I really want to get back to what I love, but I don’t want to feel unsafe doing it.”