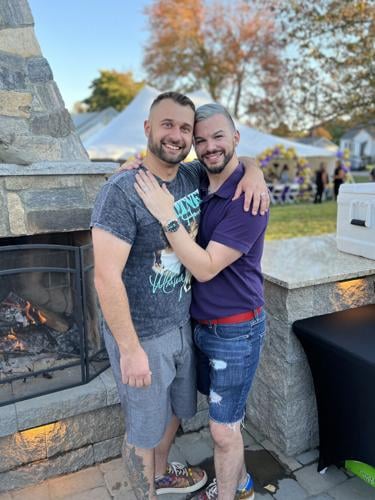 Jeff Rubino, left, and husband Spencer Butterfield at their wedding reception at their Methuen home. 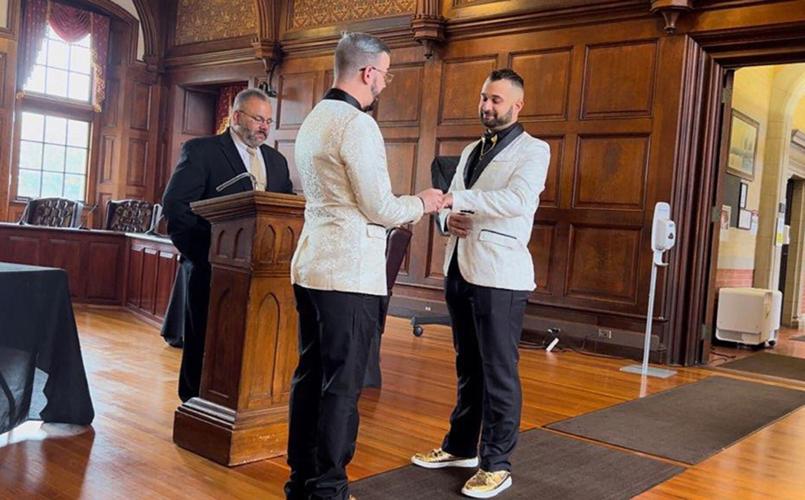 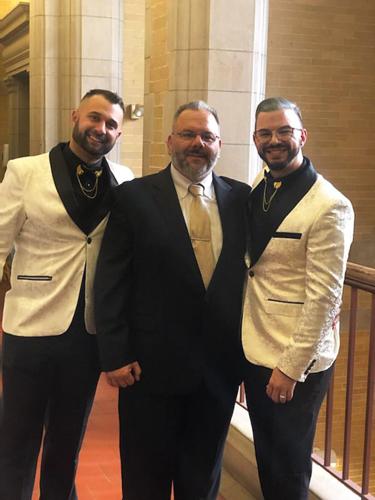 Jeff Rubino, left, and husband Spencer Butterfield at their wedding reception at their Methuen home.

METHUEN — Growing up, Jeff Rubino and Spencer Butterfield lived just two streets away from each other in Methuen.

But they first met through Facebook after Butterfield moved to South Dakota.

This fall, some 13 years after Butterfield moved back to Methuen, he and Rubino were married at City Hall.

Some 40 people attended the ceremony in the Great Hall at the Searles building. More than 130 came to the reception afterwards at the couple’s Methuen home.

The city’s parking enforcement clerk, Rubino has worked for Haggar for more than a decade. He considers the captain his mentor and looks up to him like he does his parents and grandparents.

“I idolize him in a sense,” Rubino said.

At first, Haggar said he was “shocked” by the request.

“I just thought he was joking. But I was very honored,” he said.

Since Rubino started at MPD, Haggar said he just “tried to take him under my wing.”

Haggar had approval as a justice for the peace that day. He also cleared his role in the wedding with the state ethics commission.

Ethics officials told Haggar he could officiate the marriage as long as he was not in police uniform. Also, he needed to file an ethics disclosure form with the city.

“It was time. We’ve been together for so long,” said Rubino, who is also a violinist in the Merrimack Valley Philharmonic Orchestra.

Butterfield is a facilities manager in Boston.

Rubino said he was grateful Haggar and many other co-workers could be there on his wedding day.

“It pulled at my heartstrings knowing I made a difference in this kid’s life. It was good, positive enforcement for me as a leader,” Haggar said.