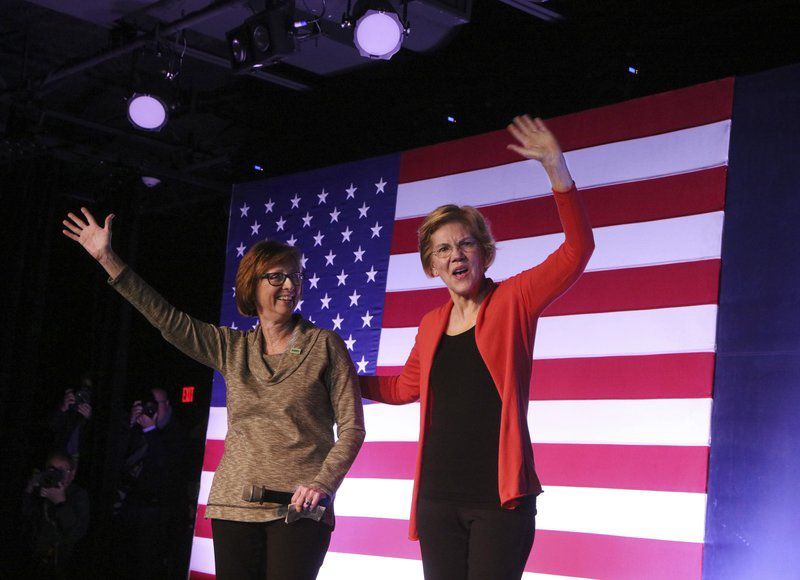 MIKE SPRINGER/Staff photosJan Jacome of Derry waves to the crowd with Sen. Elizabeth Warren during a presidential campaign event Thursday in Derry. 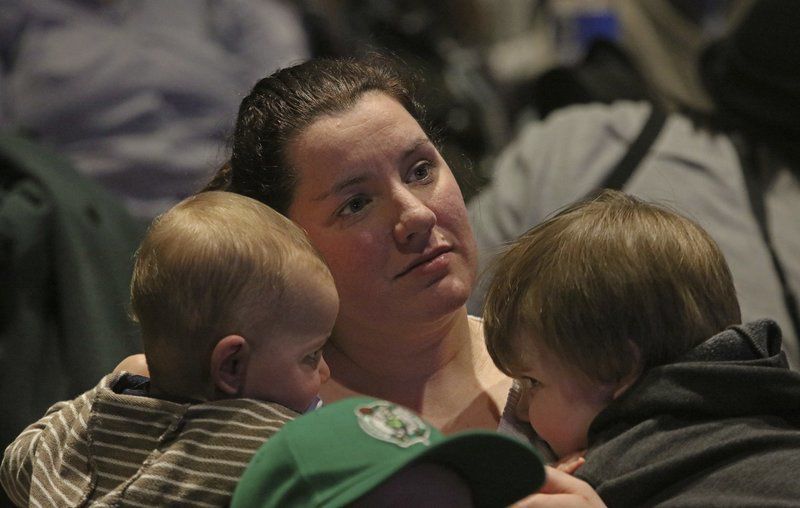 Kate Burbidge of Londonderry holds her sons Ezra, 9 months, and Harry, 3, while listening to Sen. Elizabeth Warren during a presidential campaign event Thursday at the Tupelo Music Hall in Derry. 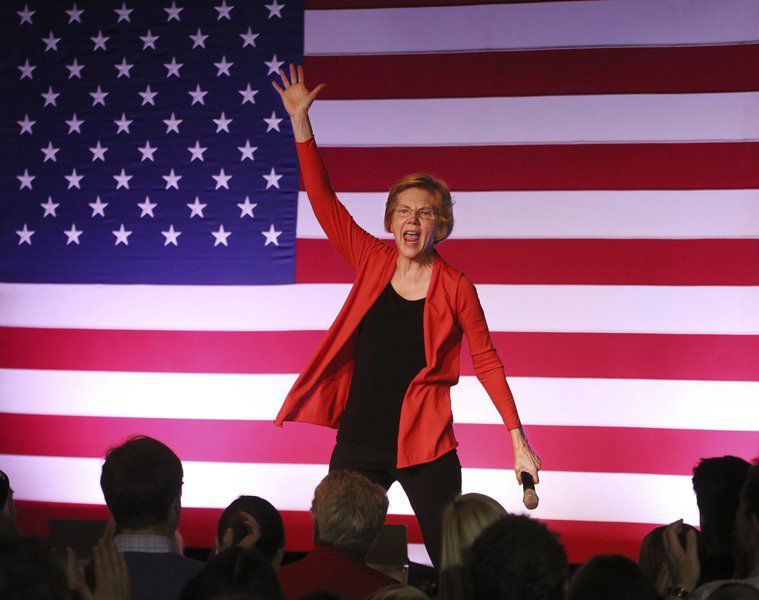 MIKE SPRINGER/Staff photoSen. Elizabeth Warren waves to the crowd at the end of her presidential campaign rally Thursday evening at the Tupelo Music Hall in Derry.

MIKE SPRINGER/Staff photosJan Jacome of Derry waves to the crowd with Sen. Elizabeth Warren during a presidential campaign event Thursday in Derry.

Kate Burbidge of Londonderry holds her sons Ezra, 9 months, and Harry, 3, while listening to Sen. Elizabeth Warren during a presidential campaign event Thursday at the Tupelo Music Hall in Derry.

MIKE SPRINGER/Staff photoSen. Elizabeth Warren waves to the crowd at the end of her presidential campaign rally Thursday evening at the Tupelo Music Hall in Derry.

DERRY, N.H. — Only days before New Hampshire voters head to the polls for the first-in-the-nation primary, Democratic presidential hopeful Sen. Elizabeth Warren gave an electric delivery of the plans she hopes to take to the nation’s highest office.

Warren made an appearance Thursday night before a packed Tupelo Music Hall in Derry, energizing the crowd with her boisterous delivery on how she wants to change government to work for all Americans.

The Massachusetts senator was introduced by volunteer Jan Jacome of Derry, who said she was happy to be involved in Warren’s campaign, where hope reigns and courage is something that can overcome what’s happening now in the nation’s capital.

“I’m out of my comfort zone,” Jacome said. “I was never involved in politics, I stayed on the sidelines. Then Donald Trump got elected and everything changed.”

Warren then took the stage to the tune of the song “9 to 5” and started right in with an exuberant delivery of memories of her past, and what she hoped to do if elected to the White House this fall.

She told the crowd about her simple upbringing in Oklahoma and how her forever goal since second grade was to be a public school teacher.

That dream eventually happened when she became a special education teacher, and eventually earned a law degree followed by more teaching. But she always felt a connection to what was happening with American families and the struggles they faced.

It’s a mission, Warren said, to make government work for all Americans, not just the rich, corporations and companies.

“It’s corruption, pure and simple,” Warren said. “We need to call it for what it is. Money, money, money is calling the shots year after year in Washington.”

To beat back the influence of money in Washington, Warren said it would take structural change, but she is ready to tackle that on day one if elected.

“And we have a plan, the biggest anti-corruption plan since Watergate,” she said.

Warren also voiced her views on federal judge appointments and the Supreme Court, saying if elected president she would fill those spots with judges that have lived life’s experiences with more diversity in their backgrounds.

Her list is long of things she wants to accomplish but Warren touched on a few others during her Derry stop including making sure there is adequate and affordable housing for all.

“Housing, like healthcare, is a basic human right,” she said.

She also said she would work toward a peaceful solution between Israel and the Palestinians, to bring both sides to the table where a long-term solution could be made, something that would work for both sides.

On climate change, Warren said she would move fast on day one in the Oval Office.

That includes no more drilling and mining on federal land, getting rid of an Environmental Protection Agency director who is a coal lobbyist and continuing her support of those who scientifically view the climate crisis as something needing attention sooner rather than later.

Warren took a few questions from the audience. One asked what would she do if the Senate remained Republican.

“I have a disclaimer,” Warren said. “We are going to take back the Senate and Mitch McConnell will be out of a job.”

A top priority is to tackle corruption right from the start.

“We’ll come strong out of the gate,” she said. “We can do this together. We’ve had three years of Donald Trump. People are afraid, for their families, their neighbors. I am fighting back. It’s an act of patriotism.”

Many liked what they heard.

Judy Strakalaitis, chairman of Derry’s Supervisors of the Checklist, said it was an exciting time to be in New Hampshire. She said she has heard several candidates and expected a good turnout on primary day. She also hopes change can come to Washington.

“I want to see the restoring of Constitutional balance,” she said.

Theo Sobczynski, 9, came to Derry from Arlington, Massachusetts and proudly wore a Warren sticker on his shirt.

“She did a good job in Massachusetts, why not everywhere?” Theo asked. “Maybe she can clean up the country, right now it’s a big mess.”

Theo’s father, Tom, said he was proud of his young son.

Once Warren concluded her talk, she welcomed everyone to stop by the Tupelo main lobby and have a “selfie” photo taken with her golden retriever Bailey.