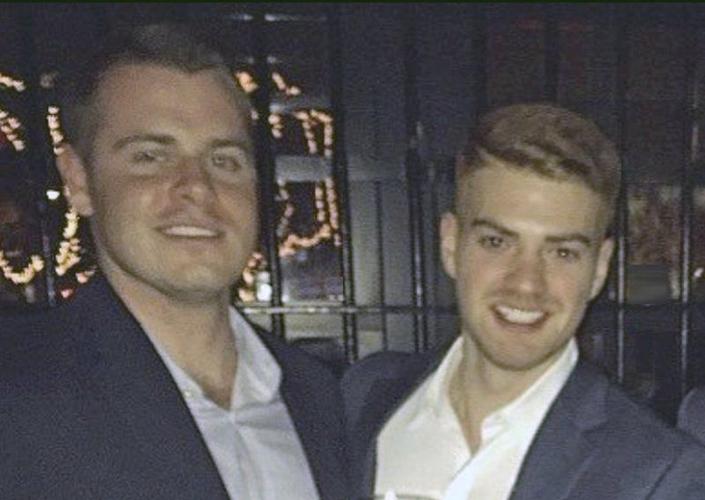 WINDHAM — What's the best place to dine in Boston?

As 24-year-olds living and working in the city, Jake Hajec and Mike Laskowski answer that question often.

With a list of reliable favorites, their suggestions became known for saving many friends from date night disasters and dining nightmares.

But when they grew bored of dishing out repetitive answers, they came up with an idea that would expand their repertoires while sharing eatery experiences with the masses.

Available on smartphones, the free app allows users to search a list of closely reviewed establishments by category or through a span of filters — such as casual drinks or a formal dinner — that ask specifics about an outing.

"If a restaurant makes it in Boston, it usually has pretty good food," said Hajec, a Windham native. "What we're doing is providing information about the restaurant's atmosphere."

The undertaking began in February, when Hajec, who works in investments, and his friend Laskowski, an applications analyst from Fremont, made time after work and during weekends to visit hundreds of restaurants, collect data, and work with freelance designers and developers to turn their visions into a reality.

The co-founders are profiting from advertisements, but none of the featured businesses pay to appear on the list.

"Our knowledge was so limited in the beginning," Laskowski explained. "There was really nothing out there that focused specifically towards the ambiance of a restaurant. So, to start off, we visited 225 different places."

They examined each with carefully designed surveys in hand, chronicling details that typically remain unknown until walking into a restaurant for the first time. Those include lighting, table spacing, interior decor, noise level and attire.

A group who tested the product reportedly found it to be helpful and one-of-a-kind.

"We're pretty alone in the field," Hajec said. "There are apps and blogs out there that focus on the food, but we're alone in this space. We've done a lot of research and haven't found anything in other cities either."

That's why Boston is just the beginning. In the coming weeks, the duo plans to include two more cities on the app — though they're not disclosing where just yet — as well as an additional 75 Boston restaurants.