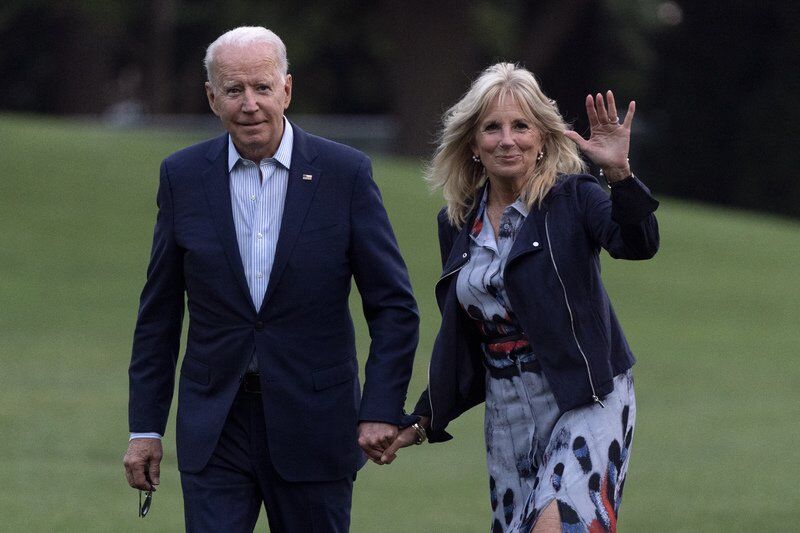 (AP Photo/Patrick Semansky) President Joe Biden and first lady Jill Biden walk on the South Lawn of the White House after stepping off Marine One, on Sunday, July 18. 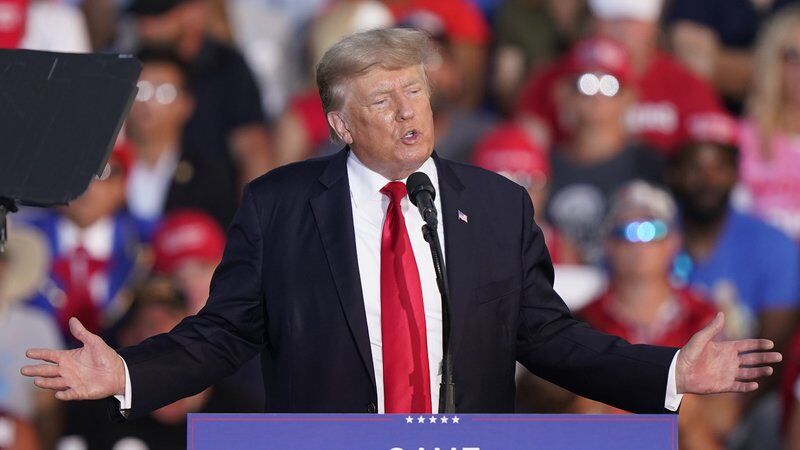 (AP Photo/Patrick Semansky) President Joe Biden and first lady Jill Biden walk on the South Lawn of the White House after stepping off Marine One, on Sunday, July 18.

Here’s a simple step — but not an easy one! — that President Joe Biden could take to fight vaccine hesitancy as it spreads across the U.S.: Enlist the support of former President Donald Trump.

It’s no secret that conservative politicians and commentators have been some of the most vocal skeptics. Counties that voted for Trump have lower vaccination rates (35%) than those that voted for Biden (47%). At this point, there are probably only a few things that the federal government and public-health authorities can do about it.

Yet according to Trump administration alumni — including Paul Mango, who oversaw Operation Warp Speed, the Trump-era program that helped accelerate the development of effective vaccines — the White House has made no effort to recruit the former president or members of his administration.

Sure, White House press secretary Jen Psaki has said that “certainly we’d support” Trump being more vocal about taking the vaccine, and Trump in turn has offered an equally lukewarm endorsement of the vaccine to his supporters.

Both sides know that these half-hearted efforts are not going to move the needle with Trump fans, or with young people across the political spectrum who have also held off getting the shots.

What could? A White House ceremony and news conference at which Biden thanks the previous administration and then asks its notables to explain why the vaccine is safe. This wouldn’t be just Trump — it would be everyone in his administration who worked on Operation Warp Speed, which was a real achievement.

Liberals wouldn’t like it, of course. But they’re not the ones who need convincing.

Because like it or not, people have questions and doubts. The tragedy is that most of their questions can be answered. But the right person has to answer them.

Simply declaring that “experts say the vaccine is safe” isn’t working, and won’t. The doubters need to be heard, acknowledged, and their concerns addressed.

No one on the left or in the Biden administration can do that. But the conservative media might. And Trump is a crucial part of moving that conversation forward.

So if Biden is serious about making a dent in public perception, he’d invite Trump and the Warp Speed team to the White House, ostentatiously thank them for their extraordinary achievement and then ask them to explain how they managed to create such safe and effective vaccines in record time.

Giving formal credit to Trump might be a bitter pill to swallow after the events of the last nine months. But it’s a small price to pay for saving lives.

Yes, Trump has much to answer for, but Biden is president. As one of his predecessors said, the buck stops with him.

Karl W. Smith is a Bloomberg columnist. He was formerly vice president for federal policy at the Tax Foundation and assistant professor of economics at the University of North Carolina.