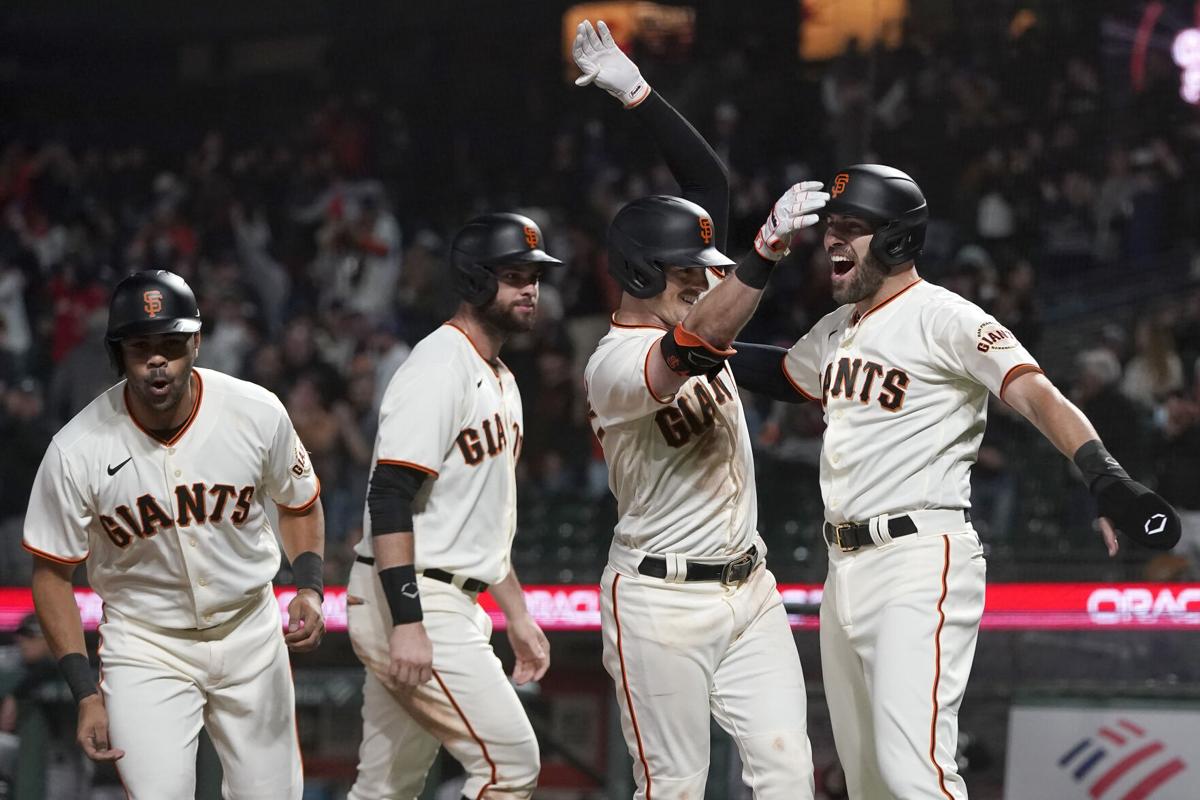 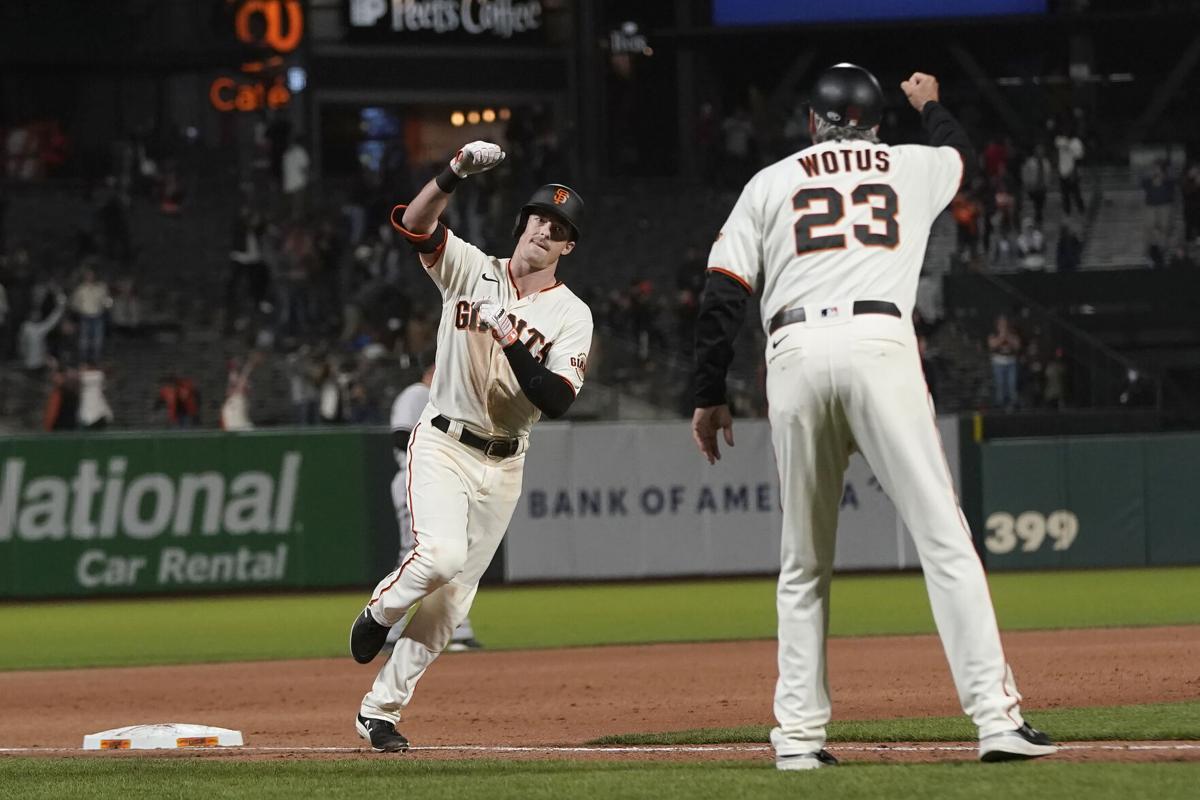 San Francisco Giants' Mike Yastrzemski, left, is congratulated by third base coach Ron Wotus (23) after hitting a grand slam during the eighth inning of a baseball game against the Arizona Diamondbacks in San Francisco, Tuesday, June 15, 2021. (AP Photo/Jeff Chiu)

Look who is causing a stir again on the Left Coast while most of his friends back east were sleeping.

The National League West’s first place San Francisco Giants were down 7-0 at one point against the Arizona Diamonbacks and then 8-5 in the bottom of the eighth inning, with two outs.

On a 1-2 pitch, Yaz delivered the biggest hit of the year for the Giants, a grand slam home run over the stadium in right field and into McCovey Cove.

It was, said Yastrzemski, his first grand slam since he played on Cape Cod.

“I was just really hoping it didn't start hooking till after it got past the foul pole, but once I saw it go past, it was pretty exciting,” Yastrzemski told the media after the game.

The 2021 season hasn’t completely resembled his first two seasons in the major leagues after nearly 6½ years in the minors.

Yaz hit 21 homers in only 107 games after being called up from AAA Sacramento.

The numbers this season haven’t been as good, hovering around .220 over the last month.

Add in the fact he missed 11 days with an thumb injury.

He used that time wisely, apparently, working on some “swing” issues.

“We were just working on my swing path all day and really trying to keep everything moving towards the middle of the field,” said Yaz. “That was the exact swing that we worked on.”

Over his last 14 at bats since returning from the injury, he has five hits in 14 at bats, including three doubles and the grand slam.

“All of us root so hard for Yaz. He prepares so well,” Kapler said. “He’s had a tough season in some ways, he’s dealt with some injuries, sacrificed his body for our club, so probably one of the reasons it was gratifying for all of us and one of the more exciting victories we’ve been a part of.”

Yaz noted that “the comeback” win was in the works long before his grand slam.

“Every single person in that dugout had the mind-set that we were going to come back and win that game just because that's kind of how we are,” Yastrzemski said. “We're willing to put in tough at-bats and hand it on to the next guy. And in situations like today, those are the things that pay off.”

MISSISSAUGA, Ontario (AP) — Angela Bailey, the Canadian women’s record holder in the 100 meters and an Olympic 4x100 relay silver medalist, has died. She was 59.