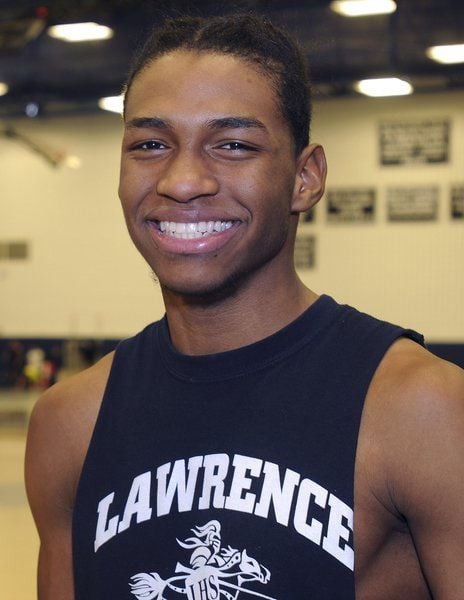 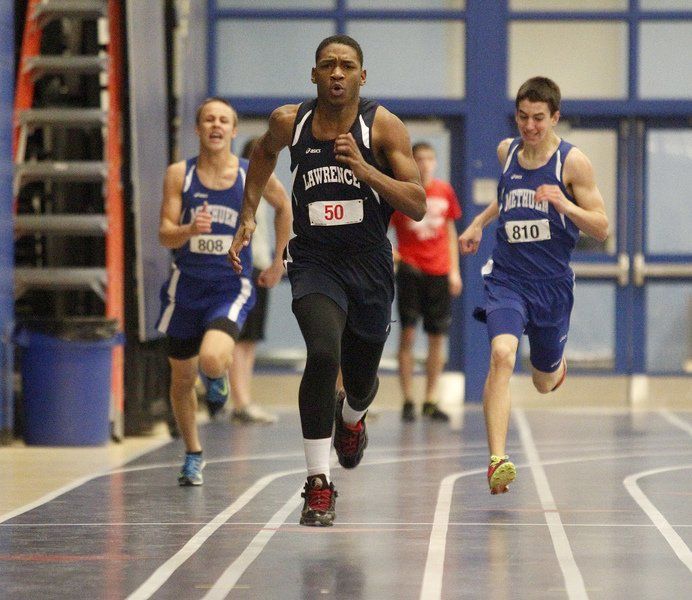 Lawrence is enjoying one of its best seasons in decades and MVC long jump champ Julio Berroa is a big reason why.

“Julio is probably the most gifted athlete that I have ever coached. He is our team MVP,” said Lancer coach Bill Meuse. “He creates a competitive atmosphere during practice which makes our team better.”

In this week’s Around the Horn, Berroa spoke about his competitiveness, his and the Lancers’ success and his unabashed love for Lawrence.

What did it mean to you to win the MVC long jump title? “It means a lot. All the work I’ve been putting in with my coaches, it paid off. It was awesome.”

Your teammate, Darryl Munoz, was second. Are you two competitive? “Yes. He’s a sophomore. He pushes me. I tell him to push me. We’re friendly.”

Lawrence is having one of its best seasons in ages. What did it mean to place second out of 11 teams at MVCs and to win the regular season MVC Division 2 title? “It’s really good. Our coaches push us to the limit to get better. It’s all about how much you work. We showed what we’ve got.”

You must be proud? “It’s a pretty good feeling. I love my team.”

What are your goals for (yesterday’s) EMass. Division 1 meet? “For the long jump, I’m trying to go for 22 feet. I’m working hard. I think I can make it happen. I love my 4x400 team (Kelvin Infante, Fabian Tineo, Marino Pimental). We are trying to get Andover.”

Do you play any other sports? “Soccer and indoor track. I was a co-captain in soccer. I’m one of the leader in track.”

Soccer or track? “My main sport was always track. I’m a runner, I love running.”

Could have made varsity baseball? “I think I’m good enough. I played with guys on the team.”

Did you always live in Lawrence? “I came from the Dominican Republic to Lawrence in 2008. I’m proud to come from Lawrence. I like it here. I like the people. I like the school. I enjoy it here. It was great to come here.”

Any plans for next year? “I really don’t know right now.”

Any other athletes in the family? “Not really. I have two little sisters. They are 3 and 4.”

What’s something people don’t know about you? “I like to compete. I’m a happy person. I’m a fun person to be around. I like to ride bikes.”

What’s your pet peeve? “When people are disrespectful to older people. I don’t like that.”

Do you work? “I work at Little Caesar’s in Lawrence.”

Are you involved in any other extra-curricular activities? “I did a triathlon this year in Lawrence: it was swimming, biking and a 2-mile run.”

Who famous do you follow on Twitter-Facebook? “Kobe Bryant.”

If you could take a selfie with anyone, who would it be? “(Olympic sprinter) Allyson Felix.”

Actor-actress: Will Smith and Angelina Jolie

Talent and depth sparked Lawrence to a second-place finish at the MVC Championships.