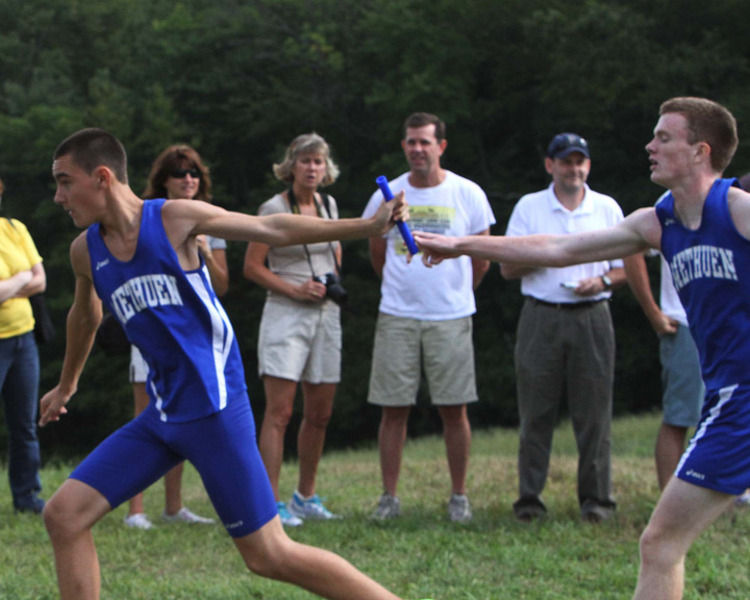 Matt Marchand (left) of Methuen HS takes the baton from Mike O'Donnell for the second leg at the Clipper Relays. Their relay team finished 13th ibn a field 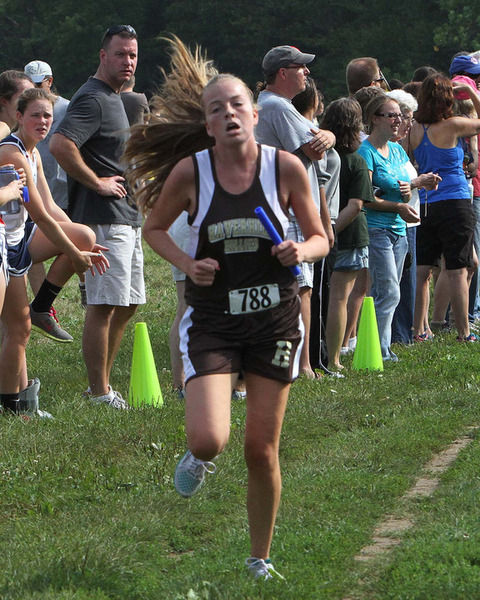 Matt Marchand (left) of Methuen HS takes the baton from Mike O'Donnell for the second leg at the Clipper Relays. Their relay team finished 13th ibn a field

Pinkerton’s boys cross country team was full of pancakes yesterday but, after the race, was full with yet another title at the Mt. Washington Invitational.

Prior to what Pinkerton coach Mike Clark was led to believe was a noon start, the Astros had more than their share of pancakes, But when they arrived at the course, they found out the race was set to begin closer to 11 o’clock.

“This was truly a show and go,” said Clark. “The kids had no time to warm up and had to go right into it. It was tough, but they did a great job with pancakes in their bellies.”

The consumption didn’t seem to matter as Pinkerton grabbed six of the top 10 spots to win Mt. Washington for the seventh straight year with 24 points. Merrimack Valley was runner-up with 44 points.

“It was a good performance by the kids and, based on this meet, our pack is back,” said Clark.

The Hillies’ top three-person relay team of Jackie Solimine, Riley Gilmore and Haylee Krenzer finished second overall in a field of 180 teams with a combined time of 36:51, less than a minute behind powerhouse Peabody. It was also 25 seconds better than Lowell, which was ranked above the Hillies in the preseason.

“It was a good start and we’re happy to have a team in the top three,” said Haverhill coach Mike Maguire. “Haylee got us out pretty good with Jackie and Riley really closing things up really well — they’ve worked hard this summer and it shows.

“There were encouraging signs among other legs that we had spread out among the other teams, Kristy Robertson, and a pair of freshmen, Alexia Tsantarliotis and Jillian Lemieuex ran particularly well. Hopefully we build on today and can create something special.”

The Londonderry girls showed their stunning depth yesterday by rolling to first at the Souhegan Relays. The Lancers had the fastest three-person relay and had three of the top four relay teams to roll to first place with just eight points.

The Windham girls finished third in the Hollis-Brookline Invitational, led by Kate Farrell and Emma Boyd, who finished fifth and sixth respectively. In the boys meet, which was dominated by Oyster River, the Windham boys came in sixth, led by sophomore Brandon Bielinski, who was 11th overall. Sanborn came in eighth.