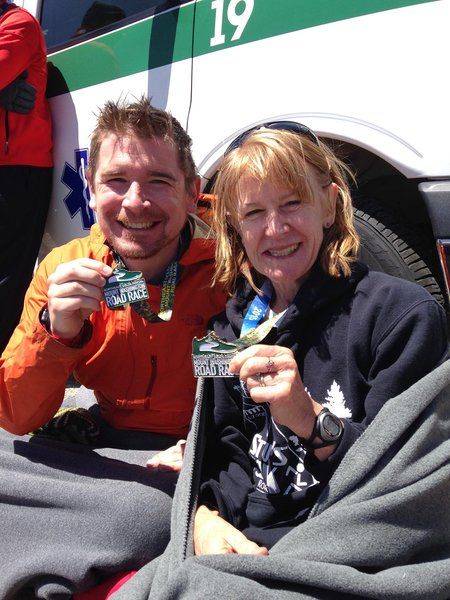 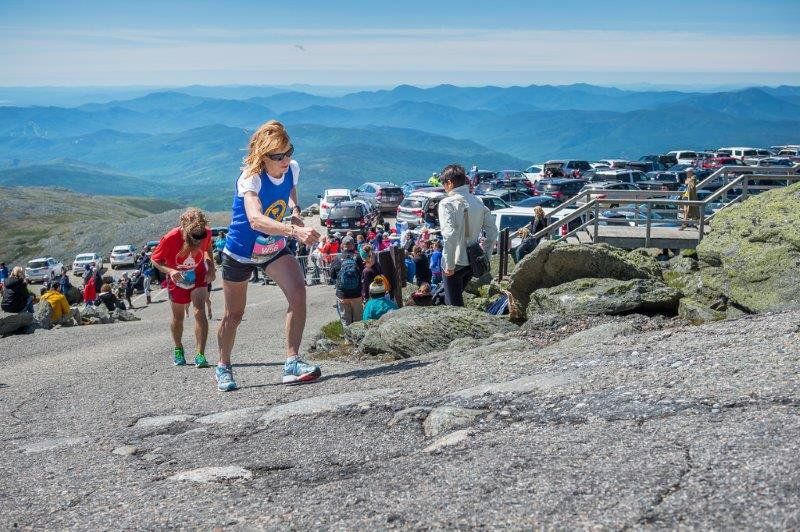 Courtesy photoCindy Army of Atkinson, N.H. runs toward the finish line at the Mount Washington Road Race last month. She won her age group with a personal-best time by 10 minutes.

Courtesy photoCindy Army of Atkinson, N.H. runs toward the finish line at the Mount Washington Road Race last month. She won her age group with a personal-best time by 10 minutes.

When people tell Cindy Army of Kingston, N.H., that she’s not getting older, that she’s getting better, there is no need to laugh off the suggestion.

At the grueling 7.6-mile Mt. Washington Road Race last month, she proved that the adage can be true.

Running in her fourth Mt. Washington race, the 56-year-old Army turned in an impressive time of 1:35:18, which won her age group and was a whopping 10 minutes faster than her previous best performance at the all uphill grind.

“I used to train by running 35-40 miles a week, but the last two years I’ve been doing a lot of cross training, weight training, squating and circuit workouts,” said Army, who missed running Mt. Washington in 2014 because of a torn achillies.

“Now I keep it to about 25 miles (of running) a week and do a lot of other things. They always say that weight training really helps (runners). Well, I’m proof of that.”

Army began running at the age of 28 “to get the baby fat off,” and quickly became addicted to the sport, running the Boston Marathon 20 times, all but once as a qualifier.

About five years ago, some members of the Winners Circle Running Club, to which she belongs, suggested — because she was “a pretty good runner” — that she try Mount Washington, so she did just that in 2011.

After running the Boston Marathon in the brutal heat of 2012, Army opted to focus more on Mt. Washington.

“I decided to make Mt. Washington my one big event of the year,” said Army, who grew up in Grafton and has degrees from Worcester State and the University of Bridgeport. “It’s tough but the feeling you get while running it can be amazing if you look at the view and realize what you’re doing.

“But mostly, what I like about it is the challenge. You have to work at it. Training for a marathon is harder but the actual (Mt. Washington) race, mentally and physically, is more intense. It’s very challenging.”

Her son can attest to that. When he finished 10 minutes behind the family champion this year, he said: “Why do you like this? It’s torture.”

For Army, however, it’s primarily a challenge that she strives to meet each year and she’s not planning on stopping anytime soon.

“I’ll run it as long as the body allows it,” she said. “I like to keep myself in the best possible shape and this is one way to do it. I’m trying to disprove the mindset that as you get older, you get slower. So far, it’s working.

Don’t be surprised if it is, but in the meantime Army is enjoying her faster times.

“I ran a 5K the week before Mt. Washington and came in at 21 minutes, which is close to my best time,” she said. ‘I said that that was pretty good for an old lady.’ ”

Ordinarily, Army doesn’t run many shorter races during the year, but she’s amending the usual trend in honor of her new-found speed.

“I hope to run more because I’m going faster,” she said. “It’s a nice feeling.”

“I’m trying to disprove the mindset that as you get older, you get slower. So far, it’s working.”