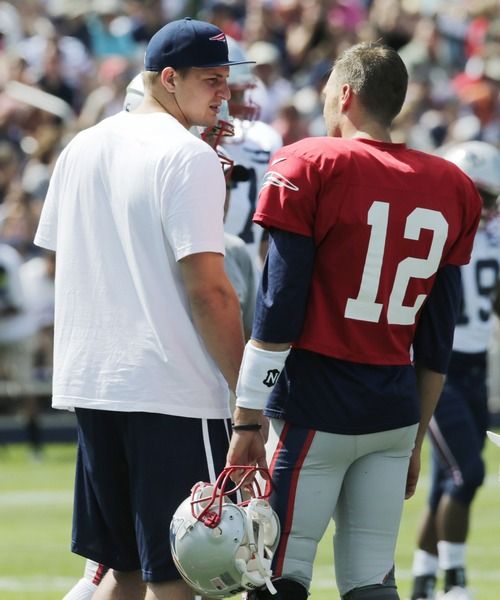 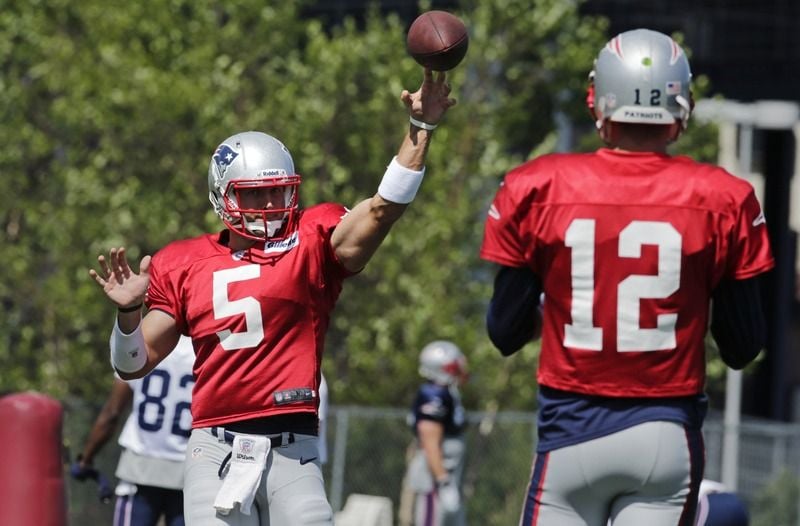 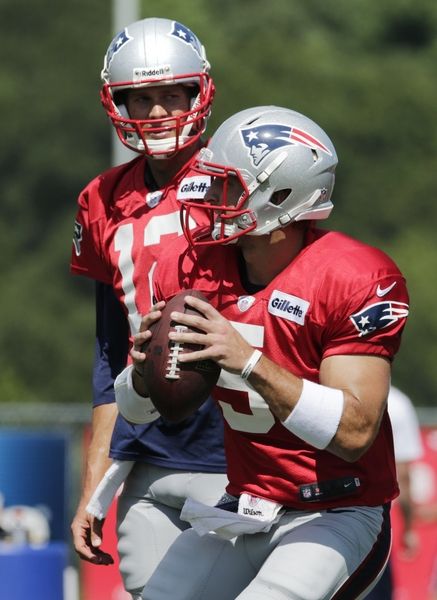 Despite turning 36 on Saturday, more than a decade older than both of his backups, the Patriots’ franchise quarterback was able to keep pace with the others, even saving enough energy to sign autographs afterward for fans.

Brady is working with several new pass catchers this season after his top five receiving leaders from last season are no longer with the team or injured.

Wes Welker signed with Denver, Brandon Lloyd is no longer with the team, tight end Rob Gronkowski is sidelined indefinitely after undergoing back surgery in June, tight end Aaron Hernandez was released following a murder charge, running back Danny Woodhead signed with San Diego and veteran receiver Deion Branch is a free agent.

That leaves Brady with Danny Amendola, who will likely fill Welker’s role in the slot, Julian Edelman, who caught 21 passes last season and practiced Thursday for the first time since fracturing his foot in December and veteran Michael Jenkins. Also included are several youngsters, five of whom were just 10 years old when Brady first entered the league.

“They all have different skill sets. It’s about us trying to use what they do best and trying to get them incorporated and them finding a role for themselves,” Brady said.

Brady is willing to live with those miscues — even his own.

The receivers have likely been asking Brady plenty of questions through the first two weeks of training camp.

Brady, the oldest member of the Patriots and one of just two players on the roster born in the 1970s, is two years removed from his fifth Super Bowl appearance and fresh off a run to the AFC championship game last season.

The two-time league MVP last season broke the 4,000-yard mark for the fifth time in his career — and the third time in the past four seasons — throwing for 4,827 yards and 34 touchdowns with just eight interceptions, tying for the second-lowest total of his career.

“I feel better as camp goes along. Every day I feel like my legs get more under me, my arm gets better, so I’m enjoying it,” Brady said. “I love this sport. I love playing, I love being out here with my teammates and playing.”

McDaniels said Brady is eager as ever.

“He has such a youthful enthusiasm about himself and the way he goes about his day in training camp each day that he reminds me of when he was younger every time I see him,” McDaniels said.

“Every year it’s the same with him. He hasn’t lost his passion for the game. He’s out there early, he’s staying late, he’s doing extra.

“He listens as much as he ever did.”

Tebow is doing a lot of that, too.

“I think Tim in a lot of ways is like a lot of the young first- or second-year players we have on offense, which there’s quite a few of them,” McDaniels said. “Anytime that any of those players can learn from somebody in their room that’s done it more years than they have, I think that’s an additional tool to try to improve.”